WASHINGTON (Reuters) – Family-owned restaurants fear they could be pitted against larger competitors, hotel chains and potentially investment funds in a race starting on Friday for a $349 billion pot of money the U.S. government will offer businesses hard-hit by coronavirus. 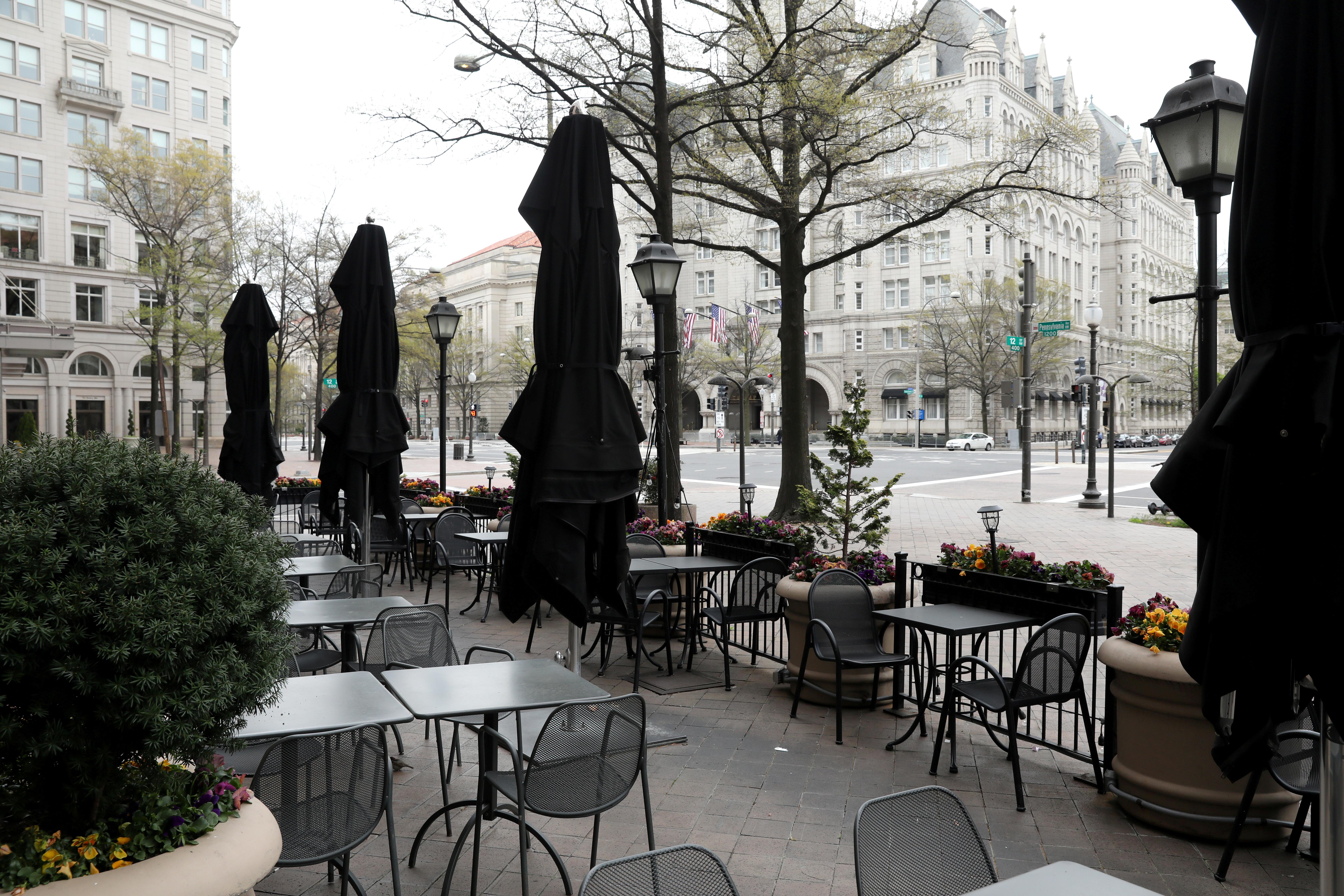 Enacted into law last week as part of a $2.3 trillion economic stimulus triggered by the outbreak, the program aims to keep small businesses on life support for at least the next two months.

The term “small business,” however, took on a new meaning when a 56-word provision was inserted into the 148,124-word bill that raced through Congress.

Now, private-equity firms, venture capital funds and other large investors are also angling for a piece of the action.

Some smaller restaurants worry they could be shouldered aside by well-connected corporate operations.

“Who needs the support most desperately – the Big Mac or the Small-Fry?” the management of The Eleanor restaurant in Washington wrote on Instagram last week.

Jared Bernstein, an economist at the liberal-leaning Center on Budget and Policy Priorities, said well-oiled bigger enterprises could get to the head of the line for loans that will be allocated on a first-come, first-serve basis.

“At the end of the day it’s going to be very hard to figure out how to help the smallest, most vulnerable businesses. We’re in a tsunami here and some people will get washed away,” Bernstein said.

Before Congress could even pass the economic stimulus, consultants advised clients to ready their applications for “forgivable” loans that can turn into grants if the money is used for payroll, rent and other expenses.

“We would advise consulting your own preferred lender now,” the Berman and Company public-relations firm wrote to clients on March 25, two days before President Trump signed the bill into law.

Restaurant and hotel owners and their workers, reeling from shutdowns, were high on policymakers’ list of concerns as they crafted the bill.

The restaurant industry lost $25 billion in sales and 3 million jobs in the first three weeks of March, according to the National Restaurant Association, a trade group that represents various-sized food establishments.

“Mom and Pop” family-owned operations account for 90 percent of restaurants.

Health-club and beauty-salon chains are also clamoring for a piece of the pie.

“It shouldn’t matter if these companies are backed by investments from corporations, pension funds, or others,” said Drew Mahoney of the American Investment Council, which represents the industry.

Nearly 20 members of Congress also want start-up companies backed by venture capital firms to participate in the program, arguing that they created 3 million jobs in 2019.

“We cannot let this terrible pandemic lead to irreparable damage to our most innovative and vibrant businesses,” wrote the lawmakers, led by Rep. Anna Eshoo, a Democrat who represents California’s Silicon Valley.

But smaller firms worry they may get crowded out by better- equipped rivals that have the resources to get their applications in quickly. Without the money, many may be forced to close their doors.

“It is a lifeline. The stakes are really high,” said National Restaurant Association lobbyist Shannon Meade.