Home » Business » More Than Nudges Are Needed to End the Pandemic 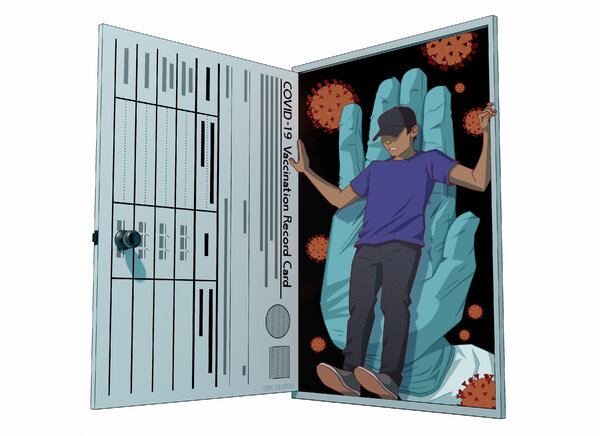 The only realistic end of the Covid-19 pandemic lies with widespread vaccinations, but a sizable part of the population doesn’t want them. A broad range of public responses is possible.

At one extreme are government mandates. Everyone could be required to be vaccinated or face severe punishments. At the other extreme are what Cass Sunstein and I called “nudges” in the first edition of our 2008 book. As we define the term, nudges gently guide people without requirements or economic incentives. Informing people about the benefits of vaccinations and making it as easy as possible to get a shot are in this category.

Many interventions fall between these two extremes. We might call those pushes and shoves.

Wisely or not, governments around the world so far have generally rejected the idea of a hard, universal requirement to be vaccinated, in spite of many precedents. For example, George Washington inoculated his troops against smallpox. Individual states have long required schoolchildren to be vaccinated for a variety of illnesses.

Earlier in the Covid vaccine campaign, nudges were the appropriate policy tool, because the initial doses mostly went to those who wanted the shots. But at this point, those who remain unvaccinated yet would benefit from shots largely range from skeptics to those who are strongly opposed to vaccinations. That’s why its time to go well beyond nudging.

The case of cigarette smoking provides some useful lessons. When the dangers of smoking were well established, and recognized by the government in a landmark surgeon general’s report in 1964, cigarettes were not banned. The initial steps to protect public health involved education, which the tobacco industry countered with disinformation campaigns.