People aren’t going to the movies at anywhere close to the numbers that Hollywood hoped, prompting studios to postpone more big releases. Marvel’s “Black Widow” could be the next to retreat. 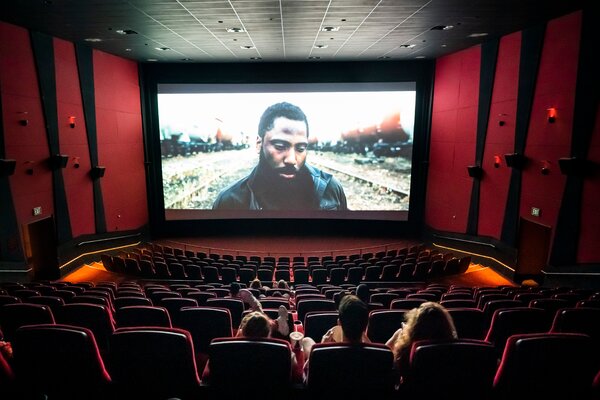 By Nicole Sperling and Brooks Barnes

LOS ANGELES — “Tenet” was supposed to mark the return of the movie theater business in the United States. Instead, it has shown just how much trouble the industry is in.

After five months of pandemic-forced closure, the big movie theater chains reopened in roughly 68 percent of the United States by Labor Day weekend, in large part so they could show the $200 million film, which Warner Bros. promoted as “a global tent pole of jaw-dropping size, scope and scale.” But “Tenet,” directed by the box office heavyweight Christopher Nolan, instead arrived with a whimper: It collected $9.4 million in its first weekend in North America and just $29.5 million over its first two weeks.

Theaters remain closed in New York and Los Angeles, the two biggest markets in the United States and the center of Mr. Nolan’s fan base. In the areas where “Tenet” did play, audience concern about safety — even with theater capacity limited to 50 percent or less in most locations — likely hurt ticket sales. Box office analysts also noted that “Tenet” is a complicated, cerebral movie with little star power; a frothier, more escapist offering may have had an easier time coaxing people back to cinemas.

Whatever the reason, the bottom line was strikingly clear: People aren’t going to the movies at anywhere close to the numbers that Hollywood hoped, and things are not expected to improve in the near term. Studios are postponing big movies again — “Wonder Woman 1984” retreated last week, prompting at least three studios to convene meetings on Monday to discuss how to proceed with other scheduled releases — leaving theater owners without much new to offer for the next two months. Some analysts have started to re-sound alarm bells about the future of the theater business.

“We have no way of forecasting how long it will take for consumer comfort with indoor movie theaters to return,” Rich Greenfield, a founder of the Lightshed Partners media research firm, wrote in a report on Monday. 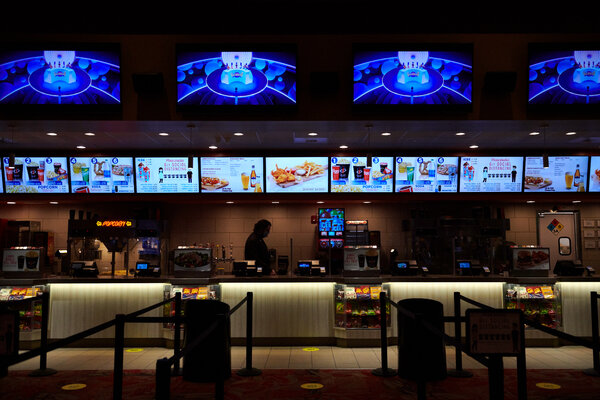 In recent days, Warner Bros. shifted “Wonder Woman 1984” to Christmas Day from Oct. 2, and MGM/Universal pushed back the slasher remake “Candyman” to next year. STX announced it was moving its Gerard Butler-starring disaster movie “Greenland” out of September to later this year. Marvel’s “Black Widow” and Pixar’s “Soul” are two films supposed to come out in November whose future now seems in question.