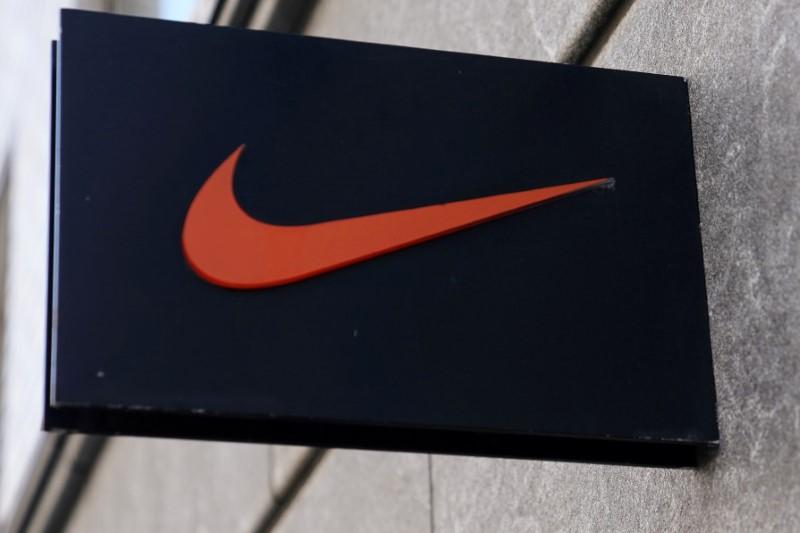 (Reuters) – Nike Inc (NKE.N) beat Wall Street estimates for quarterly revenue on Tuesday, powered by demand in North America and Europe that blunted the first drop in China sales in nearly six years due to the coronavirus-fueled shutdowns.

The company’s shares, a member of the blue-chip Dow Jones Industrial Average .DJI, rose about 7% after the closing bell.

Nike said sales in Greater China, its fastest-growing region, fell 4% in the third quarter ended Feb. 29 as it was forced to shut about 75% of company-owned and partner stores following the coronavirus outbreak.

Since first detected in China last year, the virus has spread rapidly across the globe and infected nearly 400,000 and killed over 17,000, forcing governments to impose lockdowns and restrict travel to contain the outbreak.

In North America, revenue rose 4% and in Europe it surged 11%.

However, Nike and other retailers have shut stores in the United States and Europe to curb the spread of the virus.

Total revenue rose 5.1% to $10.10 billion in the third quarter, beating analysts’ average estimates of $9.80 billion, according to Refinitiv IBES data.

Overall digital sales grew 36%, while it climbed more than 30% in Grater China, where Nike launched its app late last year.

Net income fell to $847 million, or 53 cents per share, from $1.10 billion, or 68 cents per share, a year earlier, due to the hit from the health crisis and a non-cash charge related to a shift to distributor model in South America.