TOKYO/BEIJING (Reuters) – Nissan Motor Co (7201.T) on Wednesday unveiled the Ariya – an electric SUV and its first all-new global model in five years – hoping it will symbolize its road to recovery after more than a year of scandal and a precipitous decline into earnings losses. 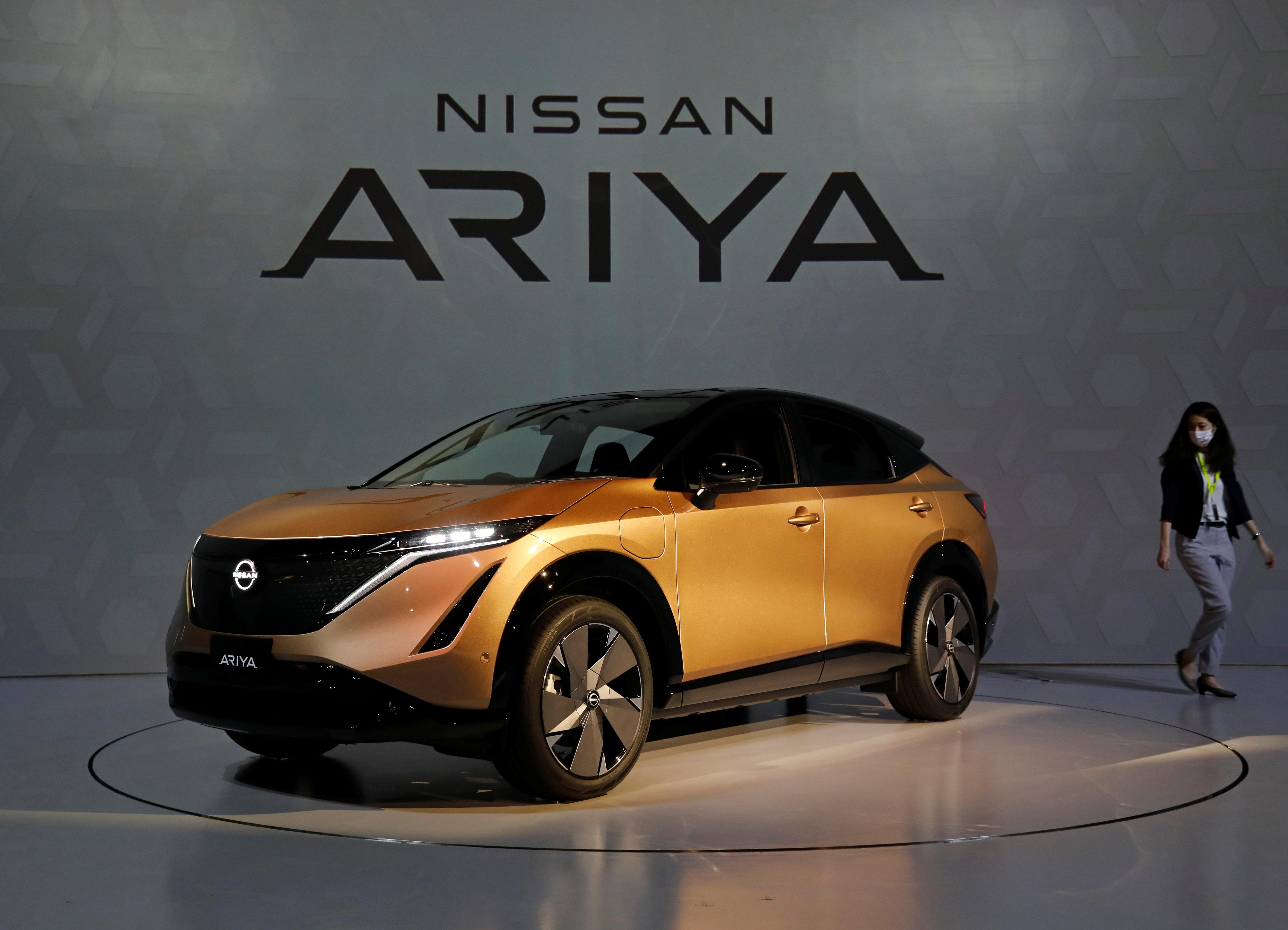 But initial sales plans for the Ariya are modest, people with knowledge of the matter told Reuters, an indication that the vehicle will do little to lift Nissan’s bottom line.

Featuring Nissan’s latest self-driving technologies, the Ariya has a driving range comparable to Tesla models and will sell from around 5 million yen ($47,000). That makes it more upscale than the X-Trail SUV, Nissan’s top-selling global model known as the Rogue in North America.

“We were under orders from management not to make any compromises with this model as it represents where the company stands today and will lead to the Nissan of the future,” Hikaru Nakajima, Ariya’s chief engineer told reporters this week.

In a market dominated by Tesla Inc (TSLA.O) and amid increasing competition from other automakers launching and planning their own electric SUVs, Nissan plans to sell just 30,000 for the model’s first full year of global sales, two sources said.

“It’s a bit underwhelming,” said one source who was involved in the product’s development, referring to the sales target.

“Is this going to be a vehicle that brings a halo effect to the brand or not?” the source said.

Sales of the Ariya will begin in Japan from mid-2021. Sales in the United States, Europe and China will come later but Nissan has not disclosed a timeline.

A third person said the automaker plans to produce 40,000 units in Japan in 2021, eventually ramping up annual production to 100,000, adding that it also plans to build the model in China.

By comparison, the X-Trail and Rogue together sold more than half a million units in Nissan’s key markets last year. Tesla’s electric Model 3 sedan notched up sales of more than 300,000 last year.

The sources were not authorised to speak with media and spoke on condition of anonymity. A Nissan spokeswoman declined to comment on sales and production targets.

Focused on expanding in emerging markets, Nissan let its vehicle portfolio age but the strategy has tarnished the automaker’s brand, pummelled sales and sapped profitability over the past two years.

That’s made success all the more important for the Ariya, which is also Nissan’s first brand-new EV model in a decade after the Leaf hatchback which made its mark as the world’s first mass-market electric vehicle.

The Ariya will go head to head with the Model Y SUV crossover, which Tesla began delivering in March and starts at around $50,000, as well as Ford’s Mustang Mach-E SUV which is due out later this year and is also expected to be priced around $50,000.

The long-range version of the Ariya will be able to travel up to 610 kilometres on a single charge, Nissan estimates. That is longer than the Model Y’s 505 kilometres. 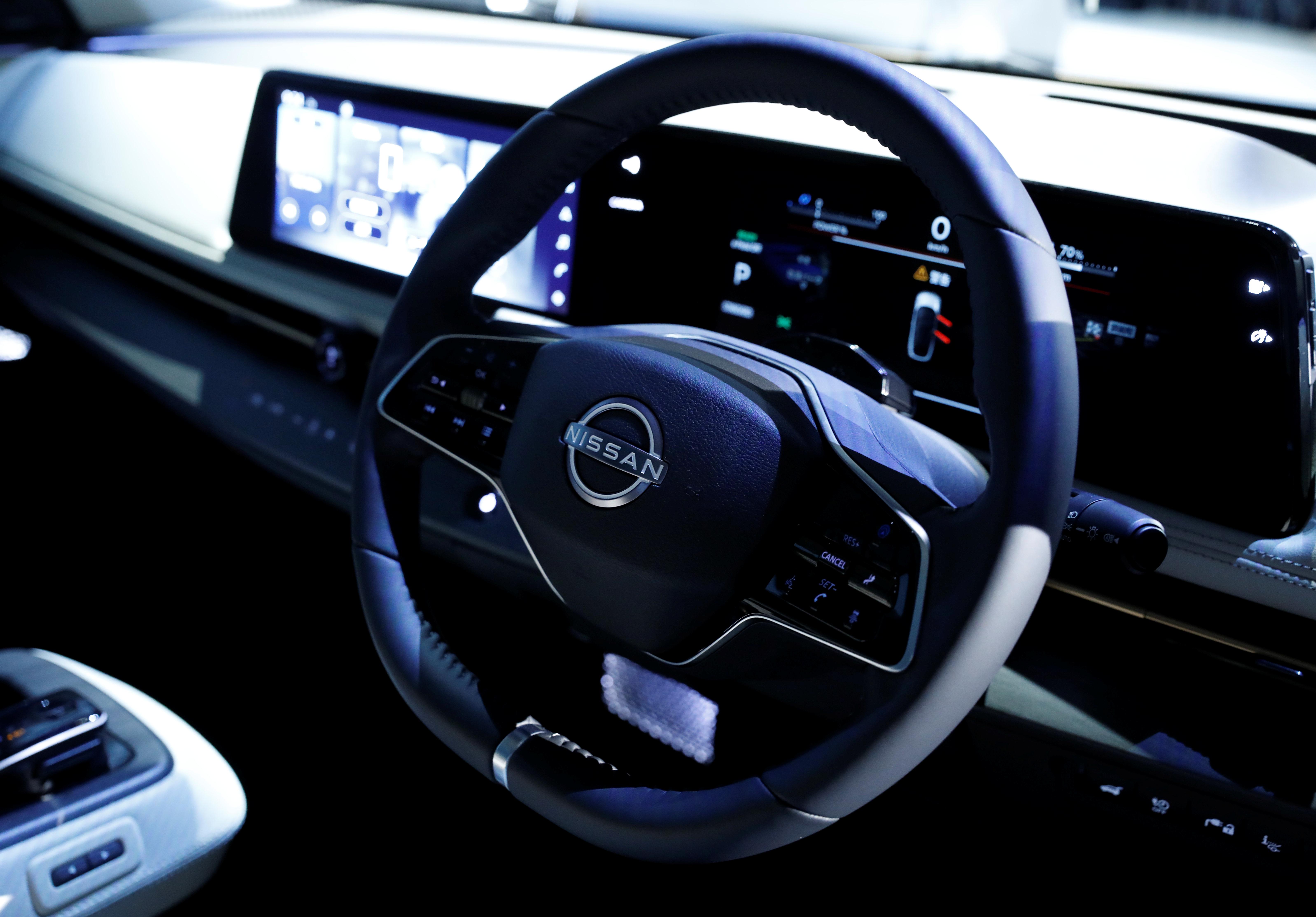 It will also be Nissan’s first model to sport a revamped badge, which uses a flatter, thinner typeface and a skinnier circular emblem. Two of the sources said this will soon become Nissan’s new global corporate logo.

Nissan has said that the new logo had been in the works since the model’s inception in 2015, well before former CEO and chairman Ghosn was arrested in Japan on financial misconduct charges in late 2018. Ghosn has denied the charges.