Even as more costly fuel poses political risks for President Biden, oil companies and OPEC are not eager to produce more because they worry prices will drop. 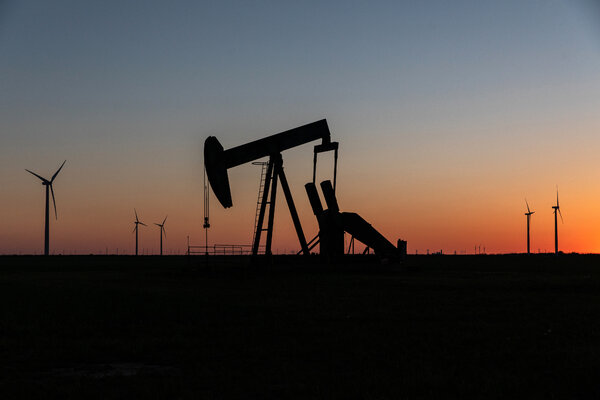 By Clifford Krauss and Peter Eavis

HOUSTON — Americans are spending a dollar more for a gallon of gasoline than they were a year ago. Natural gas prices have shot up more than 150 percent over the same time, threatening to raise prices of food, chemicals, plastic goods and heat this winter.

The energy system is suddenly in crisis around the world as the cost of oil, natural gas and coal has climbed rapidly in recent months. In China, Britain and elsewhere, fuel shortages and panic buying have led to blackouts and long lines at filling stations.

The situation in the United States is not quite as dire, but oil and gasoline prices are high enough that President Biden has been calling on foreign producers to crank up supply. He is doing so as he simultaneously pushes Congress to address climate change by moving the country away from fossil fuels toward renewable energy and electric cars.

U.S. energy executives and the Wall Street bankers and investors who finance them are not doing anything to bolster production to levels that could bring down prices. The main U.S. oil price jumped nearly 3 percent on Monday, to about $78 a barrel, a seven-year high.

Producers are still chafing at memories of the price crash early in the pandemic. Wall Street is even less enthusiastic. Not only have banks and investors lost money in the boom-bust cycles that whipsawed the sector over the past decade, but many also say they are prepared to pare their exposure to fossil fuels to meet the commitments they have made to fight climate change.

“Everyone is very wary since it was just 15 or 16 months ago we had negative-$30-a-barrel oil prices,” said Kirk Edwards, president of Latigo Petroleum, which has interests in 2,000 oil and natural gas wells in the Texas and Oklahoma. He was recalling a time of so little demand and storage capacity that some traders paid buyers to take oil off their hands.

If the drillers don’t increase production, fuel prices could stay high and even rise. That would present a political problem for Mr. Biden. Many Americans, especially lower-income families, are vulnerable to big swings in oil and gas prices. And while use of renewable energy and electric cars is growing, it remains too small to meaningfully offset the pain of higher gasoline and natural gas prices.

Goldman Sachs analysts say energy supplies could further tighten, potentially raising oil prices by $10 before the end of the year.

That helps explain why the Biden administration has been pressing the Organization of the Petroleum Exporting Countries to increase supply. “We continue to speak to international partners, including OPEC, on the importance of competitive markets and setting prices and doing more to support the recovery,” Jen Psaki, Mr. Biden’s press secretary, said last week.

But OPEC and its allies on Monday declined to significantly increase supply, reconfirming existing plans for a modest rise in November. They are reluctant to produce more for the same reasons that many U.S. oil and gas companies are unwilling to do so.