LONDON (Reuters) – Oil prices fell on Friday and headed for their third weekly loss running as production shutdowns failed to keep pace with sliding demand due to the coronavirus crisis. 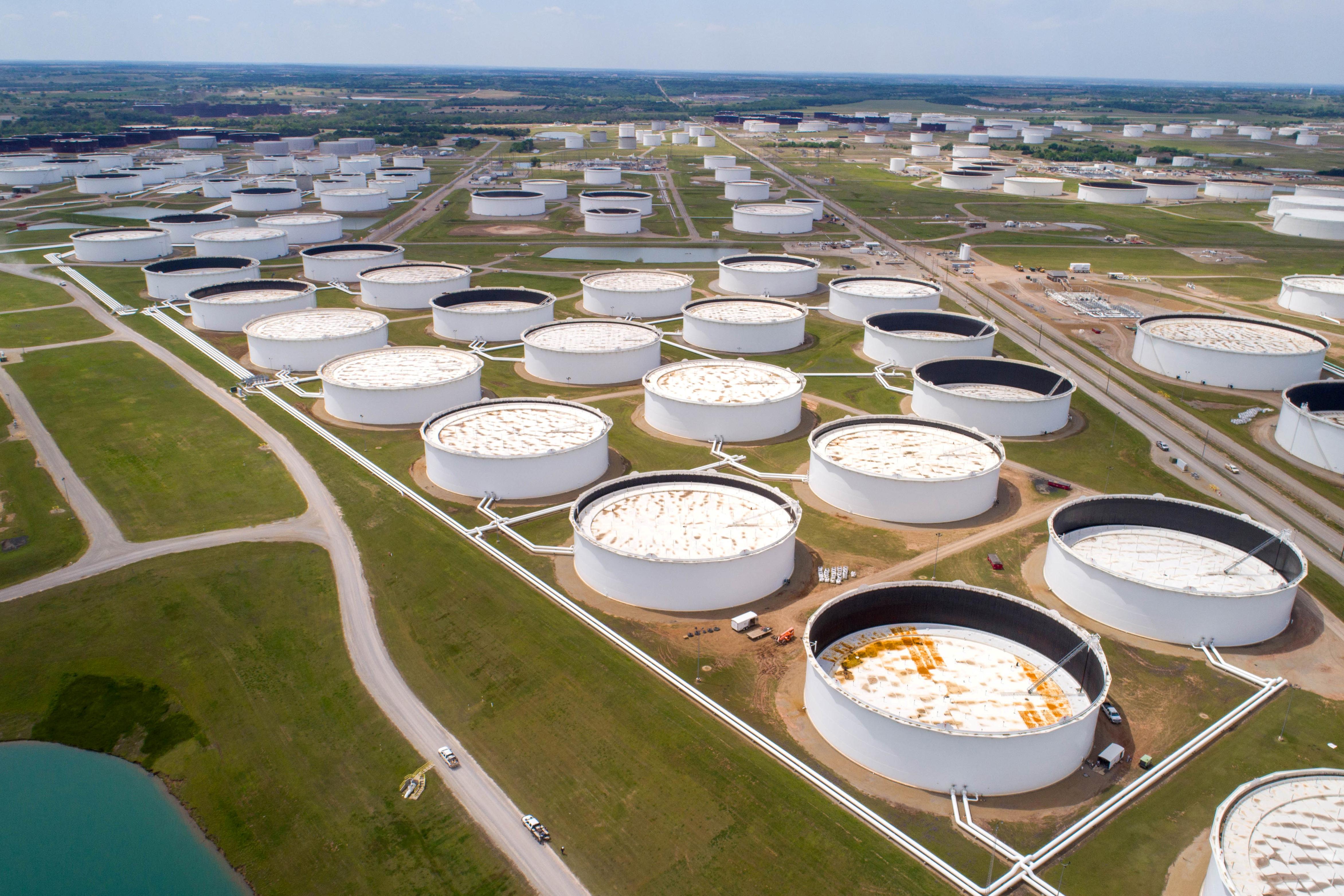 Prices are heading for their eighth weekly loss in the last nine with Brent on course for a 27% loss this week and U.S. West Texas Intermediate (WTI) set for a fall of around 14%.

WTI fell into negative territory, to minus $37.63 a barrel on Monday, while Brent dropped to a two-decade low.

“After the price crash earlier this week, which seems to have made every person on the planet aware of the problems in the oil market, several relevant announcements of active crude production shut-ins have made the rounds,” JBC Energy said.

Continental Resources Inc (CLR.N), the largest oil producer in North Dakota has halted most of its production in the U.S. state and notified some customers it would not supply crude, people familiar with the matter said.

State officials say overall production has already dropped by about 300,000 barrels per day (bpd), and coming into this year Continental produced nearly 150,000 bpd in the Bakken.

Under a deal agreed between the Organization of the Petroleum Exporting Counties (OPEC) and other producers including Russia and Azerbaijan, a grouping known as OPEC+, output cuts of 9.7 million barrels per day (bpd) are due to kick in from May.

Kuwait’s state news agency KUNA said on Thursday the OPEC producer will begin cutting supplies to international markets without waiting for the official start of the deal.

Azerbaijan’s Azeri-Chirag-Guneshli oil project will also have to cut output sharply from May onwards to fulfil the country’s commitments under the deal, four sources told Reuters.

But with global storage space filling up fast and oil demand slumping by around 30%, those shut-ins are so far proving too little to rebalance the market.

“Unless more production shuts down, the extracted oil will literally have nowhere else to be stored, which implies a forced shutdown across several locations,” Head of Oil Markets at Rystad Energy Bjornar Tonhaugen said.

On the demand side, in China where the coronavirus outbreak started late last year, analysts said fuel sales should pick up in the second quarter as the government eases curbs to contain the pandemic.

Meanwhile, U.S. legislators approved a nearly $500 billion bill for relief from the pandemic, providing support to small businesses and hospitals. The package raises U.S. spending to combat the crisis to nearly $3 trillion.

Still, the global economy may see a record contraction this year, according to a Reuters poll.