PARIS — The lifting of lockdown restrictions in France on Wednesday following months of closures — half a year for restaurants and cultural venues — has thrown the spotlight on Paris and highlighted the city’s resilience, even with the absence of international tourists.

Marking the return of cafe culture, images circulated of French President Emmanuel Macron and Prime Minister Jean Castex seated at an outdoor terrace, ordering coffee, while in other parts of the city, clients lined up to reenter department stores, greeted by enthusiastic executives and sales staff.

“We saw good business with local clientele — we were fairly surprised that local clients returned so quickly,” said Benjamin Cymerman, president of the Comité Faubourg Saint Honoré, an association of retailers in a central neighborhood of the city. In normal times, the area generates the bulk of sales from international tourists, and it will take some time to return to levels of business seen in 2019, however, he noted.

Expectations are that visitors from abroad will return soon as Europe moves forward with plans to reopen borders to vaccinated travelers. But luxury groups are taking a longer view on their return, continuing to invest in opulent flagships, not to mention private foundations, like the new art institution set up by billionaire François Pinault, which just opened, and the Cartier Foundation, due to open in 2024, across the street from the Louvre Museum.

These investments are serving to shore up the capital’s attractiveness in the long term.

“We think that Paris will remain Paris, the attractiveness of Paris will remain strong — Paris is the capital of luxury, and the Rue Saint Honoré, the big brands are here,” noted Cymerman, ticking off the list of projects in the area from high-end labels like Chanel, Hermès, Lanvin and Cartier. 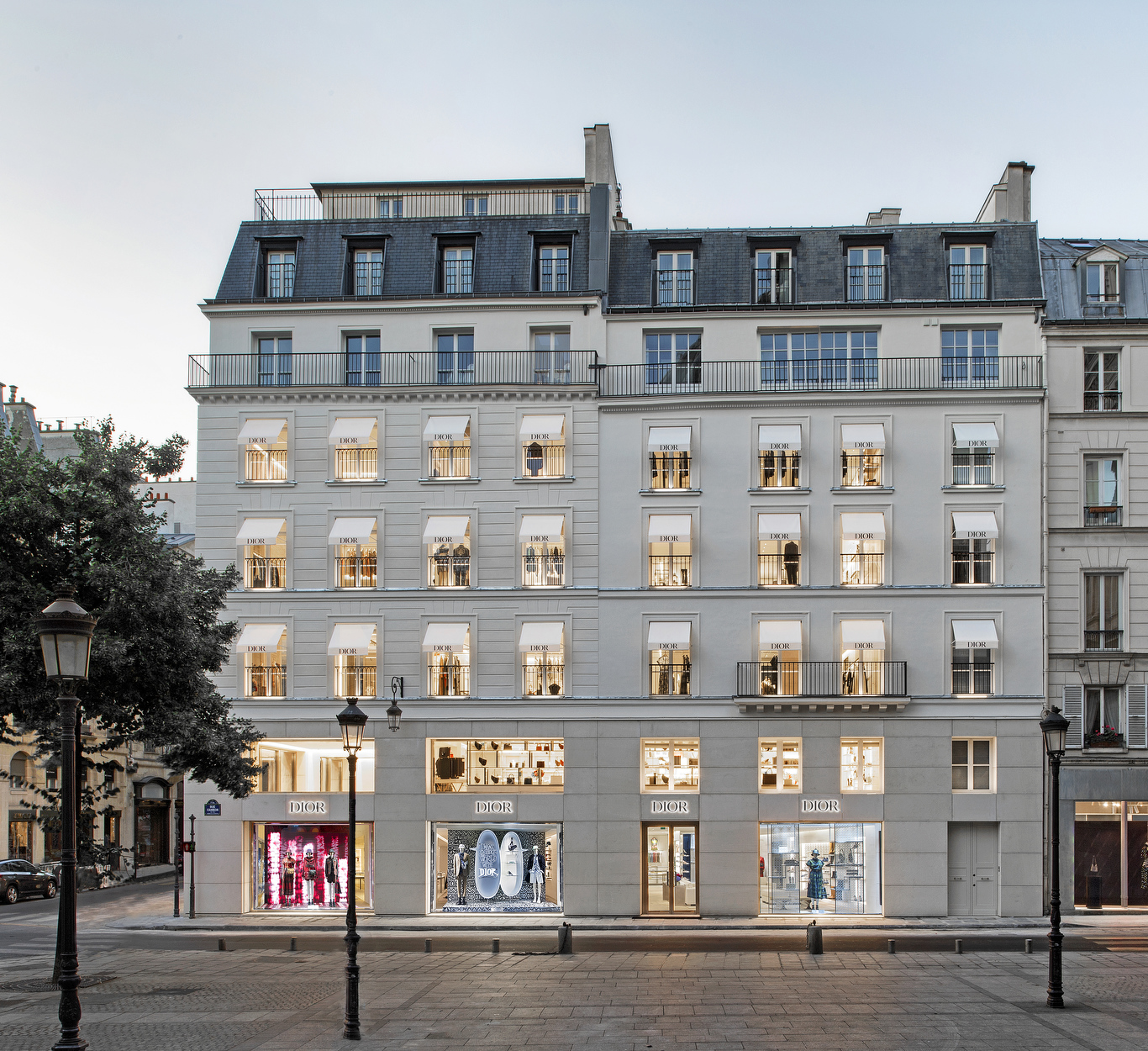 The exterior of the new Dior boutique on Rue Saint-Honoré in Paris. Aldo Sperber/Courtesy of Dior

“Even if it’s a bit quiet without tourists these days, the center, Saint Honoré still makes people dream and will remain attractive in the long term,” said Antoine Salmon, a partner and head of retail at Knight Frank France.

The executive noted projections for a full return of tourism in 2023 and the following year, when the French capital will get an extra lift as host of the Olympic Games.

Another factor boosting the city is the exit of the U.K. from the European Union, he added.

“Just as there are companies that had to open offices in Paris in addition to their presence in London, we have retailers in various sectors that now need a presence in Paris, this is motivated by Brexit and reinforced by the expectation of a return to normal,” he said.

“With Brexit, Paris becomes the European capital,” noted Salmon, who has seen mounting interest from international art galleries, restaurant operators and retailers selling fashion or jewelry in opening locations in the city. He stressed that this will not come to the detriment of London, which he predicted will maintain its businesses.

While exact dates have not yet been firmed up for the opening of various spaces around the Samaritaine complex, the central neighborhood will soon see a significant boost in traffic with a department store, a Cheval Blanc hotel, Uniqlo and Ikea. 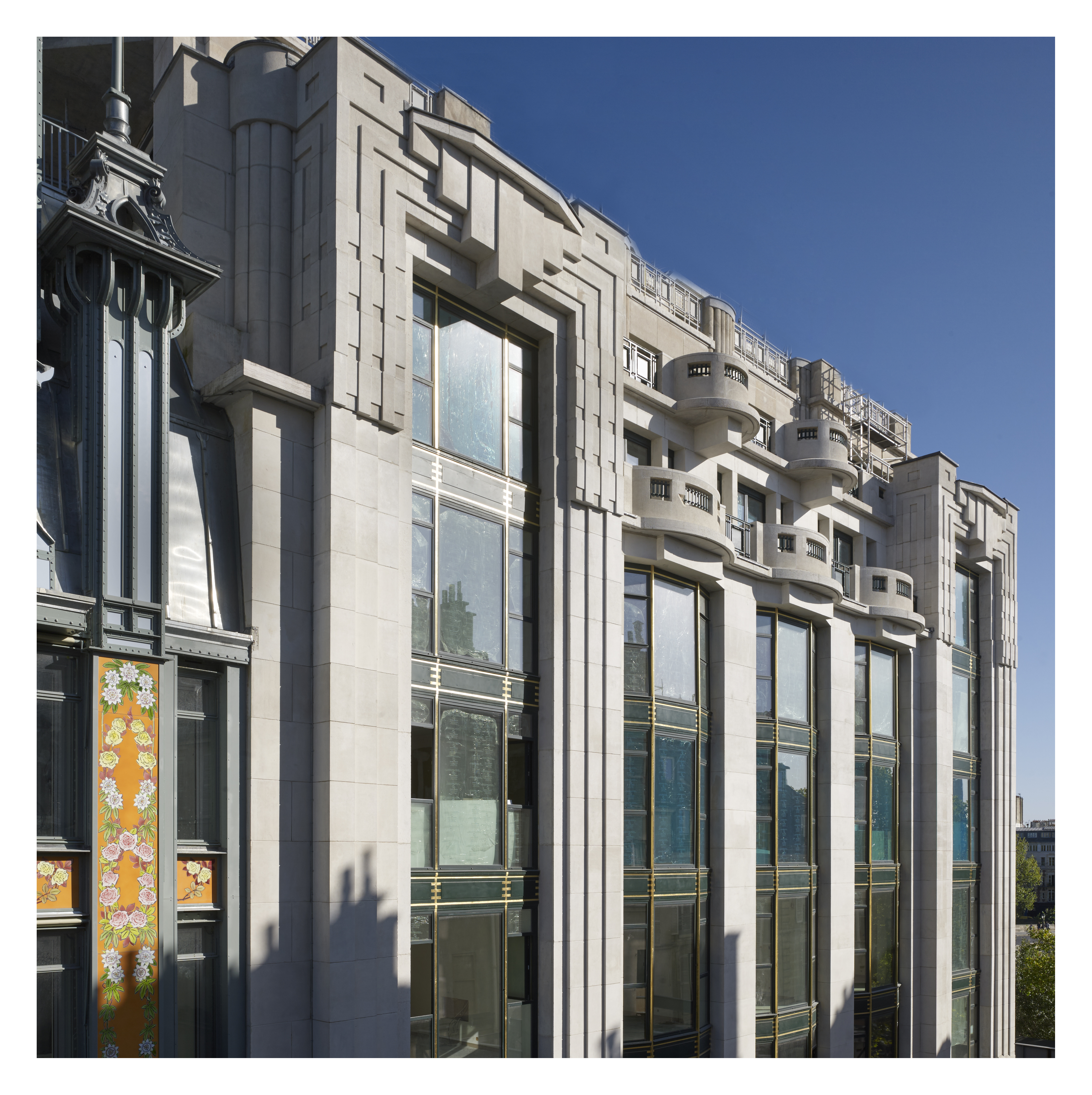 The Avenue des Champs Elysées, a key tourist attraction, is also getting support from high-end investments, particularly on the upper end near the Arc de Triomphe, where Moncler recently opened its largest French flagship and Dior has staked claim on the former headquarters of HSBC.

Areas of the French capital that lack high-end hotels and luxury stores have suffered from the pandemic, however. The Saint Michel neighborhood, which saw the disappearance of the famed Gibert Jeune bookstores during the pandemic, is suffering the largest vacancy rates.

Rental rates have decreased overall in the city by around 15 to 20 percent, estimates Salmon, who noted that drops are short term, and will create opportunities.

“There have been fewer transactions and values have declined, but real estate agencies are reassured — a year ago we thought our business might disappear but what we’re seeing today is a regeneration of commercial activity, which will serve as a lift, and the demand is there, with a progressive return to normal, transactions will return,” said Salmon.