MADRID/DHAKA (Reuters) – Fashion brands and retailers re-opening around the world to patchy demand, and carrying unsold stock from spring have cut fall orders by as much as two-thirds in moves spelling more pain for Asian suppliers. 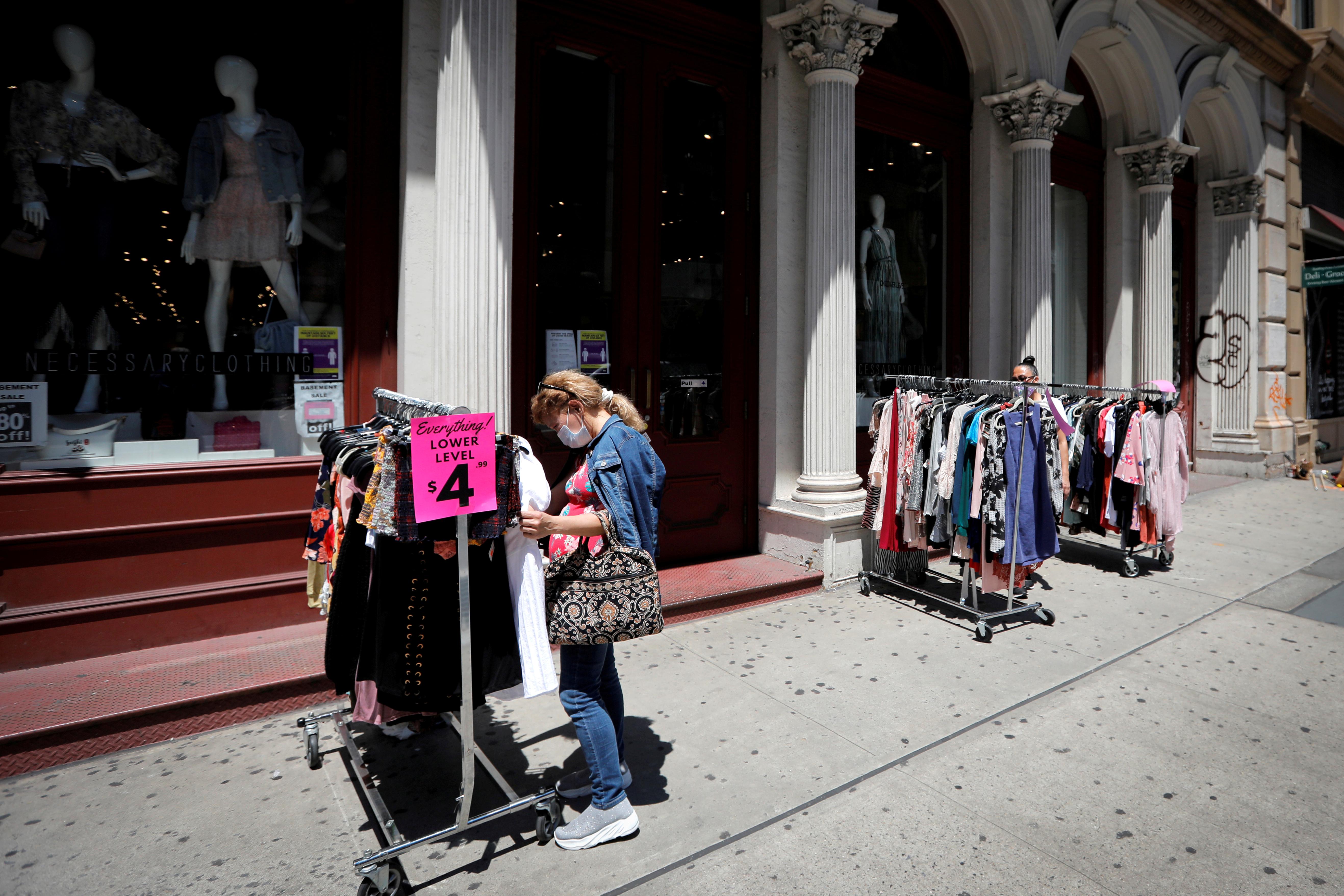 With shoppers still wary of catching the coronavirus at stores, retailers are leaving buying decisions to the last minute and planning on selling all-season basics such as men’s chinos and t-shirts leftover from spring through into fall.

“We don’t think orders for clothing will pick up anytime soon. Shipments could look up ahead of the Christmas but there is no guarantee,” said Siddiqur Rahman, a Bangladeshi garment supplier to H&M (HMb.ST) and GAP Inc (GPS.N) among others.

The destructive weight of the COVID-19 pandemic is expected to contract the $2.5 trillion global fashion industry by up to 30% in 2020, according to investment bank Bryan, Garnier & Co.

Nike (NKE.N) said it has already cancelled around 30% of its pre-pandemic factory orders for the autumn and end-of-year holiday season, while Sweden’s H&M said it would sell some “less seasonal” spring stock through into autumn.

Tommy Hilfiger and Calvin Klein owner PVH (PVH.N) said last month it was being very cautious on buying for fall as it reported a drop in same-store sales of around a quarter for re-opened stores in North America.

Ralph Lauren (RL.N) said it had cancelled around two-thirds of autumn season orders, while Levi Strauss & Co (LEVI.N) has said it would carry some unsold basic garments forward.

Stores have opened in most of the United States and Europe, and while lines formed outside some, many consumers are staying at home, with almost 60% in the United States surveyed by Coresight Research on June 24 saying they were avoiding malls.

A Morgan Stanley survey found that 57% of British consumers planned to stay away from clothing stores for fear of catching the coronavirus. The surge in online sales during the lockdown is not enough to compensate for the slump in traffic.

Cancelled orders result in less work for factories across Asia where hundreds of thousands of garment workers have been laid off since the pandemic struck.

New orders are down by as much as 45% on the year, said Rubana Huq, president of the Bangladesh Garment Manufacturers and Exporters Association, and factories in the world’s second-largest garment maker are operating at around half their capacity in the country.

With consumers wary of returning to stores, retailers are holding out to the last moment to put in orders with suppliers as they try to gauge demand at a time when traditional back-to-school spending plans are up in the air.

“We need to wait as long as we can with purchases – to take the decisions as near the sales moment as possible,” H&M Chief Executive Helena Helmersson told Reuters, after the retailer reported its first quarterly loss in decades last month.

Recruiters for garment companies in Vietnam, a major manufacturer for big sportswear labels such as Nike and Adidas (ADSGn.DE), are feeling the pain.

One recruitment consultant, Will Tran, told Reuters that he and his colleague had just two or two orders in April and May between them, compared with the usual up to ten each.