Brexit is done, and for many, there’s genuine relief it’s over.

But ongoing disagreements and post-treaty disputes are having real world costs to businesses who say they feel let down and misled by the Brexit process.

The row over fishing rights and the threat of retaliatory action from the French have already cost one oyster producer in Kent tens of thousands of pounds worth of business.

Meanwhile, Sky News has learned that the Department for Transport has asked a Kent lorry park that is due to close shortly, to stay open for a few months longer over Christmas to help with anticipated extra pressure on an already strained supply chain. “There are only so many hits, so many body punches you can take as a business and get back up and start again,” says James Green, director of The Whitstable Oyster Company.

Mr Green’s business is based in the picturesque north Kent town, famous for its oysters.

It has farmed oysters for generations and is responsible for about a third of the UK’s entire production.

But Brexit has already cost them dearly. New rules mean he can no longer export fully-grown market-sized oysters to France – those exports had accounted for around 50% of his orders, and that disappeared overnight. 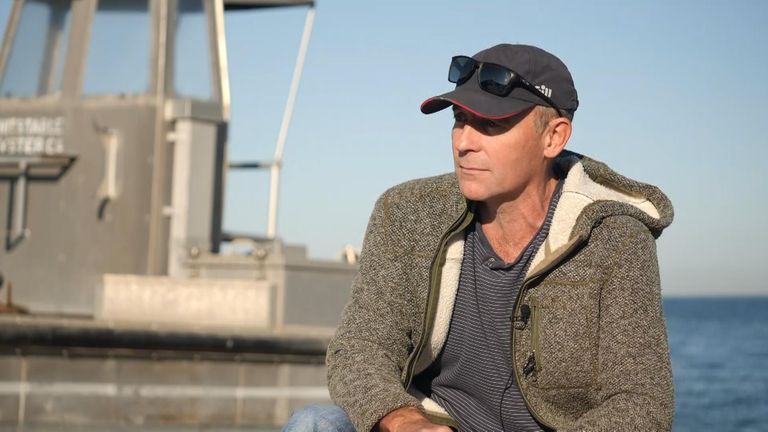 He moved his focus to building up the domestic market, an encouraging albeit slow process, and continuing to export juvenile oysters to France.

This is still allowed because the juveniles are put back in the sea off the coast of France, to be harvested later by his buyers.

But last week as the post-Brexit fishing row intensified, French threats set him back further.

In a disagreement over how many licenses have been granted to French trawlers operating in British waters, France’s president Emmanuel Macron set an ultimatum, demanding the UK grant more or face retaliatory measures including British boats being banned from landing their catch in France and increased customs checks on exported British goods.

Such tightened restrictions might have included the removal of veterinary checks in France that are necessary for James to sell his oysters there. His buyers got nervous and cancelled orders – he lost roughly £25,000 worth in just a few days. 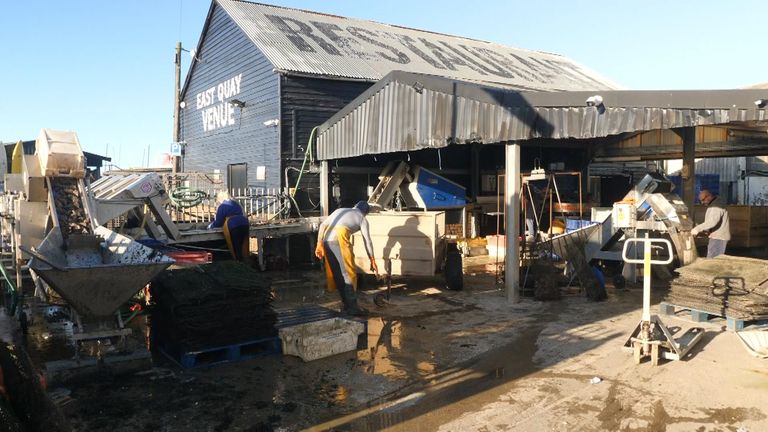 “With farms you can’t stop, you’ve got to continue otherwise the stock becomes unsellable,” he said.

“There are quite a lot of costs involved in continuing that process, so it’s frustrating.

“Coupled with COVID, coupled with Brexit, coupled with water quality from Southern Water, this is the fourth thing in the space of less than a year that has had a massive impact on our industry.

“You can’t just take away that main market overnight and expect these businesses to continue because they’re just not.” 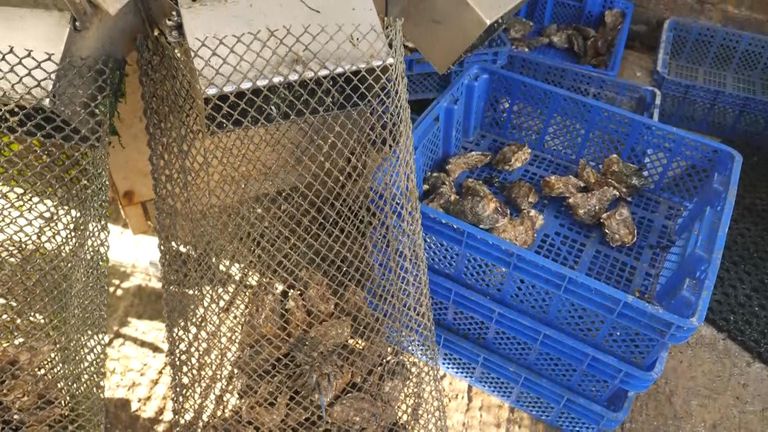 Mr Green voted for Brexit in 2016, and said fishing rights were his key motivator. But the reality has not been as he was promised, and he said repeated reassurances that his exports would not be affected now feel misleading.

“I think the deal we got was very, very poor, very poor,” he said. “So I probably would change my vote, if I’m honest.”

The threats from France were deferred this week, paving the way for talks between Lord Frost, the UK’s chief Brexit negotiator and France’s Secretary of State for European Affairs, Clément Beaune.

Under the Brexit deal, French trawlermen who had traditionally fished between six and 12 miles off the coast of the UK would be allowed to continue to do so as long as they could provide proof they had fished there every year since 2016.

But despite all the smiles and handshakes for the cameras, positions on both sides are still entrenched and no significant progress was made.

The context this side of the Channel is not just businesses suffering, but a supply chain already stacked up.

Some say a system still grappling with global delays and a shortage of lorry drivers can’t cope with much more pressure. 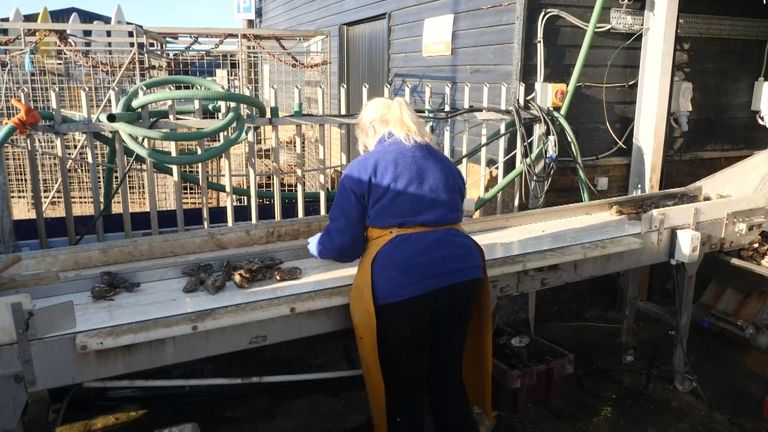 Any further delays or customs checks at ports may well be seen and felt in lorry parks across Kent.

Sky News has learnt that the Department for Transport has asked one such site, Ashford International Truck Stop that was due to close shortly in favour of a new bigger site next door, to remain open for a few extra months over Christmas.

A sense perhaps that preparations are being made for extra seasonal pressure.

On the other side of the Channel there is another side to this story. 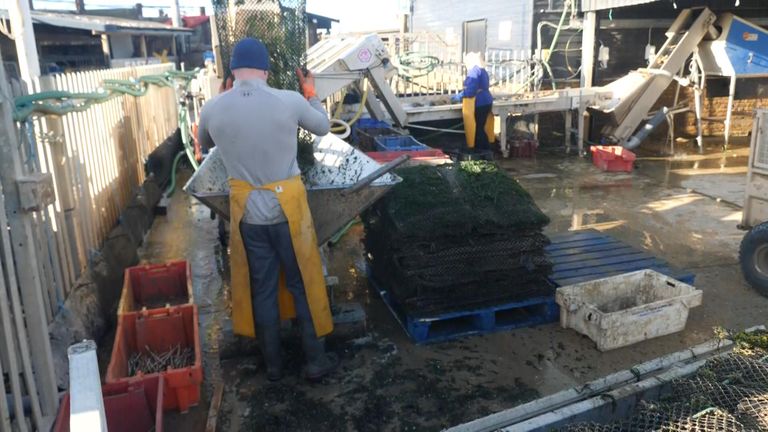 Laurent Merlin fishes for crab from Boulogne sur Mer. He has been fishing in British waters since the 1990s and his father did the same for years before him. But he hasn’t been granted a license yet and he’s getting desperate.

“It’s frustrating because it has now been 10 months that we’ve been waiting,” he said.

“If we get nothing, we will have to react. If we don’t we won’t be able to continue. French waters have been overfished, there are no fish left there.”

Officials will talk again in the coming days and while they’re talking, threats are unlikely to be actioned.