(Reuters) – When Reuters photographer Carlos Barria boarded American Airlines flight 4511 from Washington Reagan National Airport to New Orleans on Friday for an assignment, he was the only passenger on the 76-seat jet. 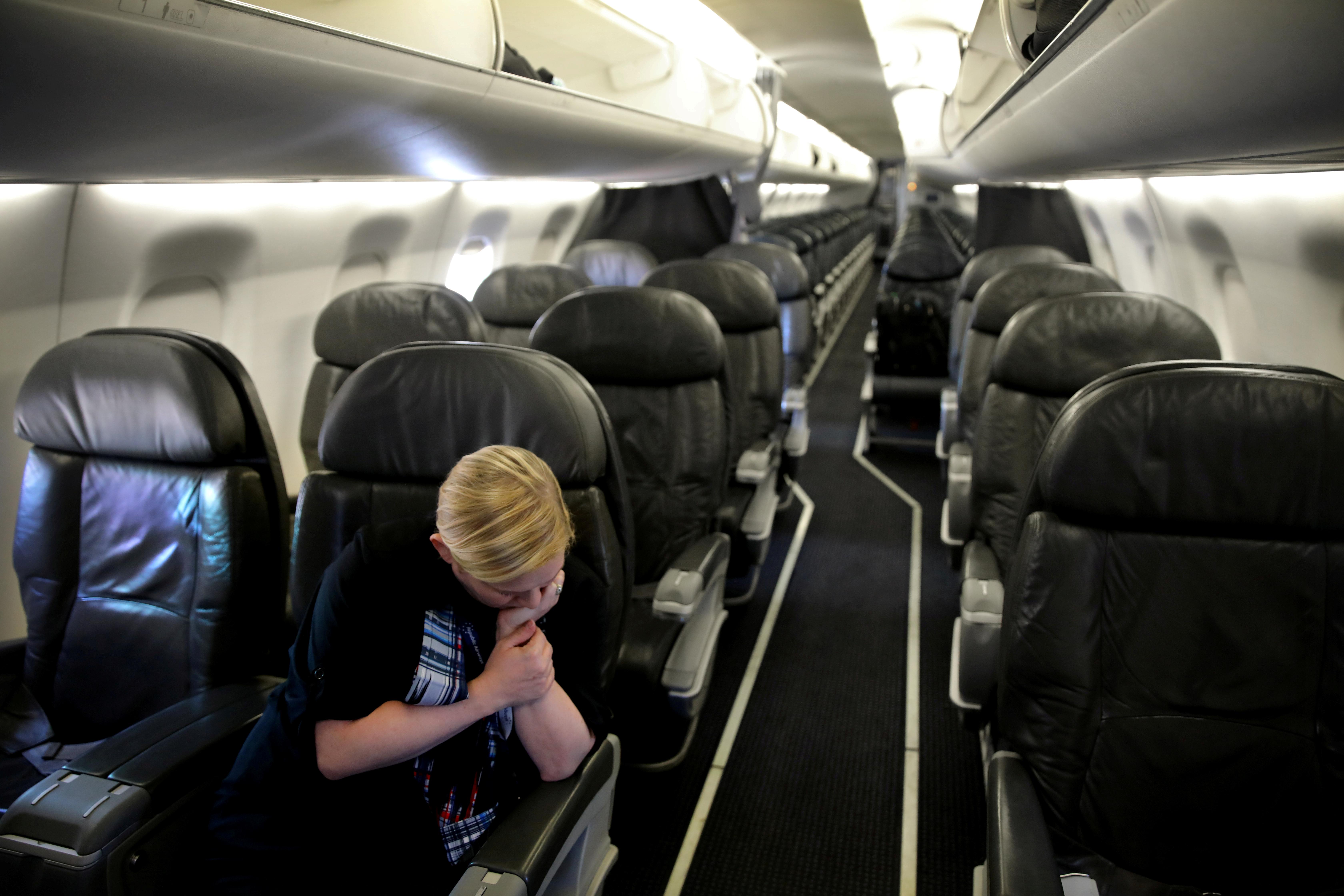 “There were some awkward moments,” Barria said.

Like when the gate agent announced a formal boarding process only to remember that Barria was the sole passenger who would board, or when the pilot approached his seat to personally explain a delay in take-off due to a mechanical issue, rather than speak over the PA system.

The two flight attendants invited Barria to sit in a first-class seat and went through the safety demonstration for Barria alone.

“I felt I had to pay attention,” he said.

Nearly vacant flights have become the norm for U.S. airlines, despite a drastic reduction in the number of planes they put in the air each day as passenger traffic has diminished in the midst of the new coronavirus gripping countries across the globe.

American Airlines Group Inc flew 119 flights out of Washington Reagan National on Friday; eight of those departures had only one passenger (including Barria’s) and many had just a handful, an American official said. On the same day last year, American operated 254 flights out of the same airport.

The U.S. Transportation Security Administration (TSA) screened 129,763 travelers on Friday versus 2.48 million on the same day a year ago, according to daily data it is providing on its website.

U.S. airlines, who say they are burning through cash every day, have applied for government aid meant to help them meet payroll and ensure they have trained staff available once the health crisis subsides and demand recovers.

The U.S. Centers for Disease Control and Prevention (CDC) on Saturday reported 277,205 cases of the new coronavirus, an increase of 37,926 cases from its previous count, and said the number of deaths had risen by 1,150 to 6,593.

Flight attendants continue to do their jobs, despite some telling Reuters that they fear contracting the virus and infecting at-risk family at home.

One of the flight attendants on Barria’s flight said she would be flying from New Orleans on to her hometown Miami, where she was due to take her father for a cancer treatment after her four-day trip rotation that included sleeping in hotels every night.

“Our elected officials want us to continue to provide safe air travel through this crisis…we need to continue flying as requested and serving those that need to travel,” American Chief Executive Officer Doug Parker said in a video message last week.

In an effort to protect passengers and crew, airlines have scaled back beverage and snack services, increased cabin cleaning procedures and allow flight attendants to wear gloves, though they are not given masks.

By the end of Barria’s flight, he felt a camaraderie with the crew. “I was thanking them for what they do and they were thanking me for what I do,” he said.