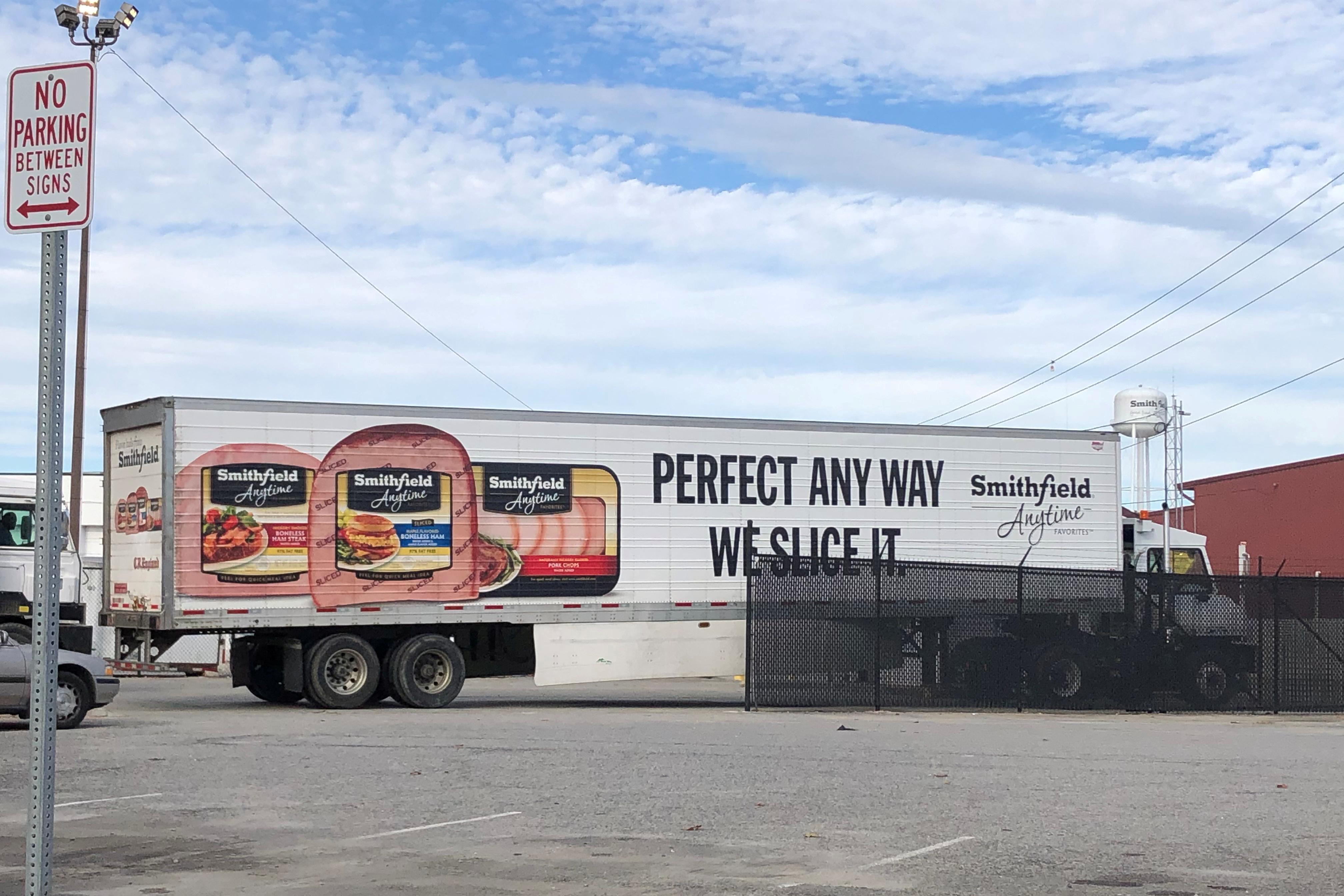 CHICAGO (Reuters) – Smithfield Foods, the world’s biggest pork processor, said on Sunday it will shut a U.S. plant indefinitely due to a rash of coronavirus cases among employees and warned the country was moving “perilously close to the edge” in supplies for grocers.

Slaughterhouse shutdowns are disrupting the U.S. food supply chain, crimping availability of meat at retail stores and leaving farmers without outlets for their livestock.

Smithfield extended the closure of its Sioux Falls, South Dakota, plant after initially saying it would idle temporarily for cleaning. The facility is one of the nation’s largest pork processing facilities, representing 4% to 5% of U.S. pork production, according to the company.

South Dakota Governor Kristi Noem said on Saturday that 238 Smithfield employees had active cases of the new coronavirus, accounting for 55% of the state’s total. Noem and the mayor of Sioux Falls had recommended the company shut the plant, which has about 3,700 workers, for at least two weeks.

“It is impossible to keep our grocery stores stocked if our plants are not running,” Smithfield Chief Executive Ken Sullivan said in a statement on Sunday. “These facility closures will also have severe, perhaps disastrous, repercussions for many in the supply chain, first and foremost our nation’s livestock farmers.”

Smithfield said it will resume operations in Sioux Falls after further direction from local, state and federal officials. The company will pay employees for the next two weeks, according to the statement.

The company has been running its plants to supply U.S. consumers during the outbreak, Sullivan said.

“We have a stark choice as a nation: we are either going to produce food or not, even in the face of COVID-19,” he said.