LONDON (Reuters) – World shares were hovering near two-week lows on Monday as the relentless spread of the coronavirus in the U.S. curbed optimism over the global economy and raised worries that some reopening plans will be delayed for longer. 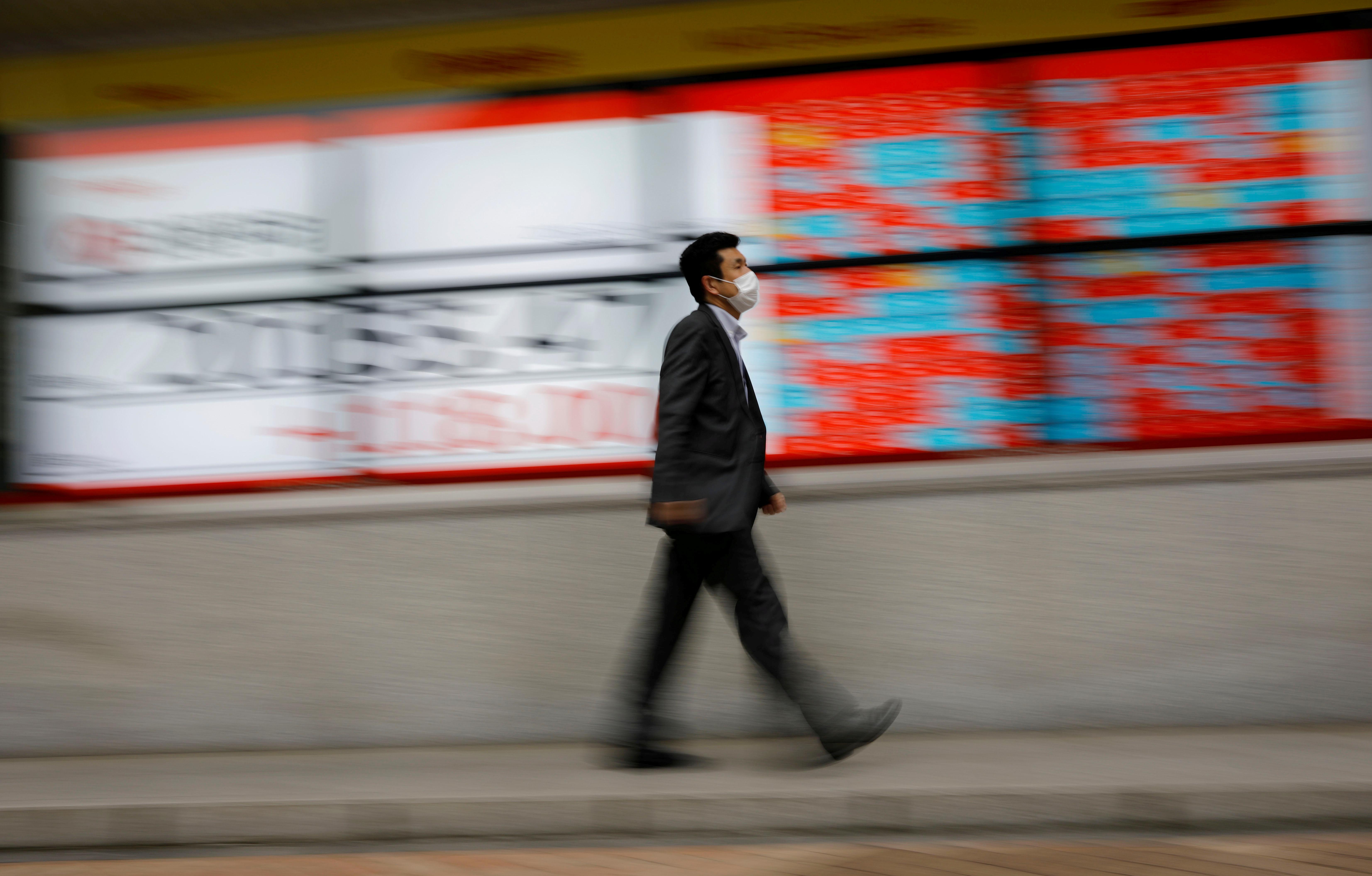 Global COVID-19 cases surged past the 10 million mark as rising numbers in Australia and a big spike in Southern and Western United States threatened to slow down economic recovery.

That led to subdued trading activity in Europe with the STOXX 600 index flat. Asian shares, meanwhile, ended deep in the red playing catch up with Wall Street’s ugly close on Friday. E-Mini futures for the S&P 500 were up 0.1%.

“Markets are attempting to figure out exactly what the new norm will be given the threat of further outbreaks when attempting to lift lockdown measures,” said Joshua Mahony, senior market analyst at IG.

California ordered bars to close on Sunday, following similar moves in Texas and Florida amid rising cases. Washington state and the city of San Francisco have paused re-opening plans.

The global death toll from COVID-19 reached half a million people on Sunday, with a quarter of those in the United States, where cases have surged in southern and western states.

“The market is caught in a real battle between recovery optimism and news of increasing cases in certain geographical areas such as the U.S,” said John Woolfitt, director of trading at Atlantic Capital Markets. “I think this battle will remain until the U.S. get a handle on it.”

MSCI’s world shares index was off 0.1%, hitting its lowest level since June 15 dragged down by Japan’s Nikkei shedding 2.3% and Chinese blue chips off 0.7%.

Sovereign bonds benefited from the shift to safety with yields on U.S. 10-year notes near 0.64%, having briefly been as high as 0.96% early in June. German government bond yields clung to one-month lows on Monday.

The U.S. dollar has generally gone in the opposite direction, rising to 97.179 against a basket of currencies from a trough of 95.714 earlier in the month.

It is an important week for U.S. data with the ISM manufacturing index on Wednesday and payrolls on Thursday, ahead of the Independence Day holiday. Federal Reserve Chair Jerome Powell is also testifying on Tuesday.

“U.S. economic data will reinforce that the economy is through the worst of the recession in our view,” said CBA currency analyst Joseph Capurso.

“But a double‑dip recession is possible if widespread restrictions are reimposed, leading to a surge in the dollar.”

Oil prices slipped amid concerns the pandemic would slow the reopening of some economies, hitting demand for fuel.