TOKYO/NEW YORK (Reuters) – Asian shares and Wall Street futures fell on Wednesday in the first trading session of the quarter as the coronavirus pandemic and the prospect of a global recession tore through investor confidence.

E-Mini futures for the S&P 500 slumped 2.27% as dire predictions of more virus casualties in the United States weighed on sentiment.

Japanese shares fell 3.48% as a rapid increase in infections in Tokyo fueled speculation the government would place the capital on lockdown.

Wall Street tumbled on Tuesday, with the Dow registering its biggest quarterly fall since 1987 and the S&P 500 its steepest quarterly drop in a decade on growing evidence of the massive downturn the pandemic will incur.

U.S. economic activity is likely to be “very bad” and the unemployment rate could rise above 10% because of efforts to slow the spread of the coronavirus, Cleveland Federal Reserve Bank President Loretta Mester told CNBC.

“There are still a lot of risks out there, but if you can identify individual shares with good dividend yields and strong financials, then you can buy at a pretty good price.”

There were some bright spots during Asian trading. Shares in China, where the coronavirus first emerged late last year, rose 0.74%, supported by hopes the world’s second-largest economy has started to recover.

The number of coronavirus infections globally headed toward 800,000. In a positive development, Deutsche Bank analysts noted the global growth in new cases was below 10% for two consecutive days, having exceeded that rate for most of the past two weeks.

Health officials were not upbeat, however, with a World Health Organization official warning that even in the Asia-Pacific region, the epidemic was “far from over.”

The dollar bounced in Asia but gave up gains to trade little changed at 107.51 Japanese yen as investors adjusted positions before the release of U.S. manufacturing data.

The euro was a tad lower at $1.1026 before data on German manufacturing and the jobless rate in the European Union.

The dollar fell broadly on Tuesday after the U.S. Federal Reserve said it would allow foreign central banks to exchange their U.S. Treasury securities holdings for overnight dollar loans to ease a dollar funding crunch. 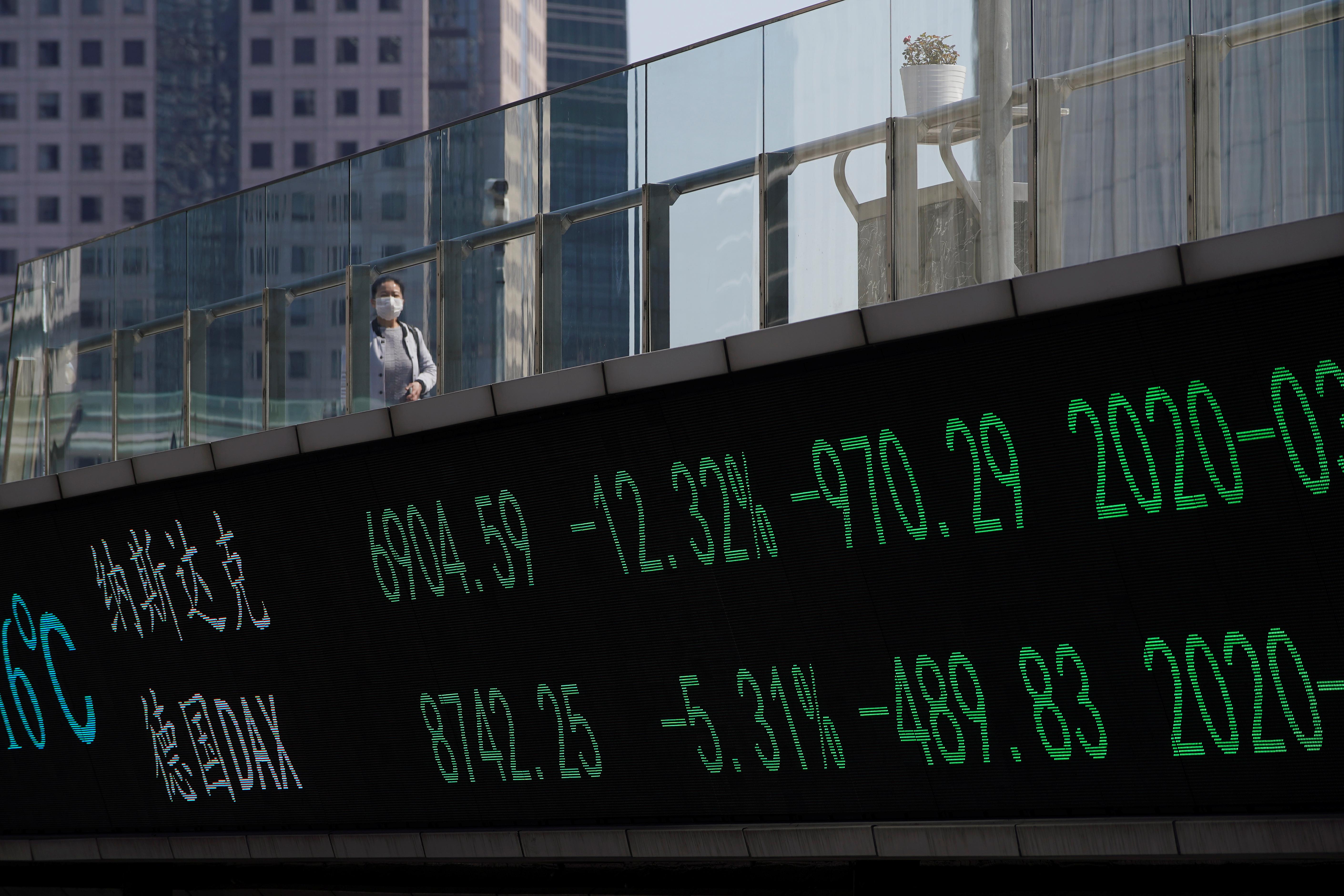 Crude oil benchmarks ended a volatile quarter with their biggest losses in history, with both U.S. and Brent futures hammered throughout March due to the pandemic and the eruption of a Saudi-Russia price war.

Global fuel demand has been cut sharply by travel restrictions due to the coronavirus. Forecasters at major merchants and banks see demand slumping by 20% to 30% in April, and for weak consumption to linger for months.