MILAN — Carlo Rivetti, chairman and chief executive officer of Stone Island, sees himself as a coach.

As such, he has developed a team that has long been made up of designers of all ages and provenances, and under his watchful lead, Stone Island has established a cult following, a highly distinctive product and clear positioning, eventually catching the eye of entrepreneur Remo Ruffini.

The news last December that Moncler had acquired Sportswear Company SpA, owner of the Stone Island brand, in a deal valued at 1.15 billion euros was greeted positively by the stock market and analysts alike and some hailed the arrival of a new luxury conglomerate. However, Ruffini, chairman and CEO of Moncler, on that occasion said that, rather, the goal with Stone Island was to redefine luxury, “far from the traditional stereotypes.”

In a Zoom interview with WWD, Rivetti said he saw the acquisition first and foremost as a “very strong signal for Italy” — echoing Ruffini’s own belief. “Joining our forces together will make us stronger and this is very important — it has given us a resounding added value,” and especially in the current scenario, underscored Rivetti.

“People are the center of it all, the motor and the heart of a company. I discovered Remo during the negotiations, and we found great harmony. This is a beautiful story of a meeting of two families,” Rivetti explained. “[Ruffini’s son] Romeo brought us together, and there is great harmony between our children, too.” Rivetti is poised to sit on Moncler’s board and remarked on how this exchange is “not so common [in the industry], unfortunately.” 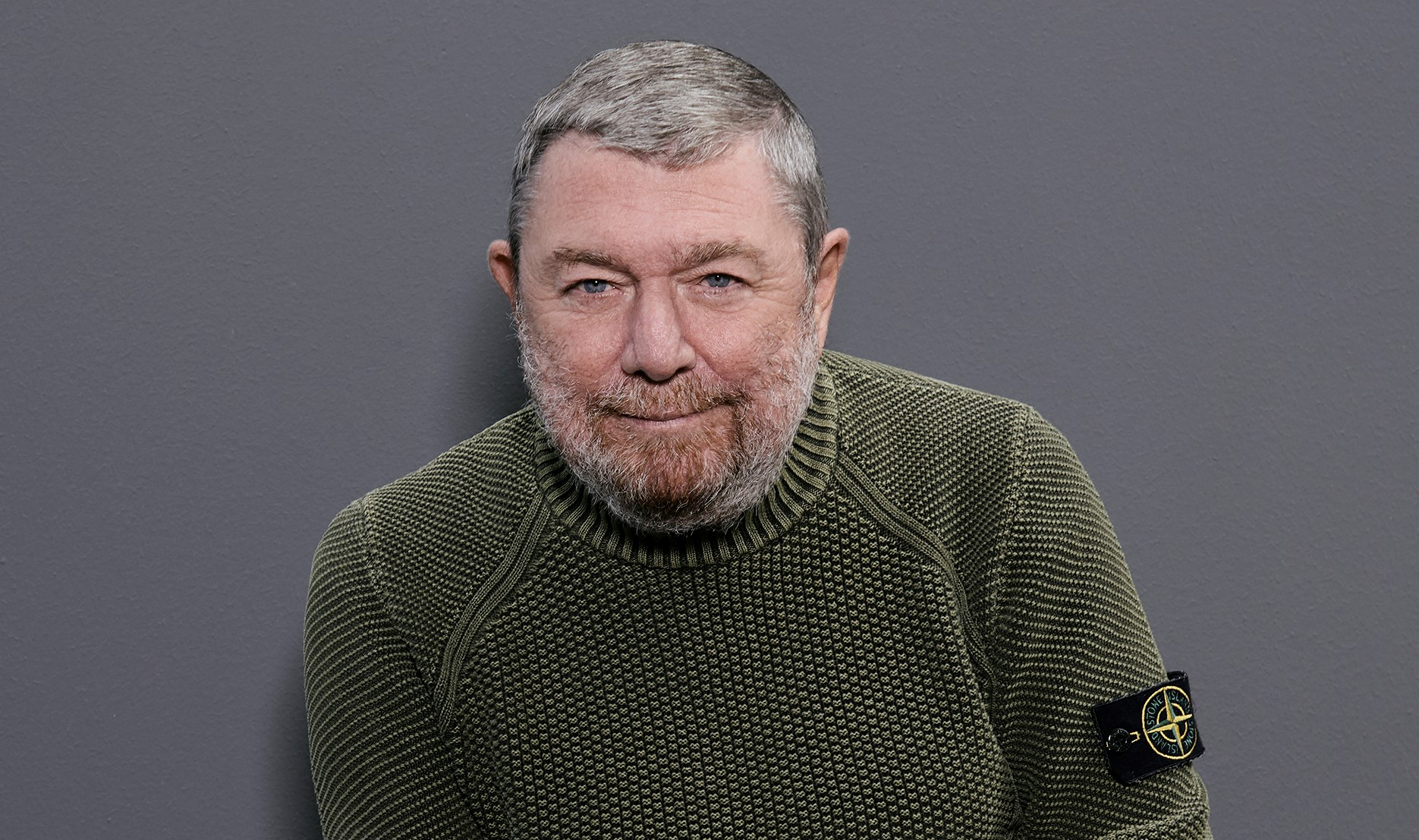 “I am convinced there is a great future in front of us,” Rivetti continued. “This is a beautiful operation for the country, for the brands and for the employees.” Speaking in general terms, he said that perhaps “the pandemic will lead us to cooperate across the board and through the pipeline, it would be best for us all. Maybe around [the newly installed Prime Minister] Mario Draghi, politicians are learning to cooperate.”

Rivetti was also drawn to Moncler because of the industrial project presented to him by Ruffini. “There are no funds or finance involved, this is also what convinced me, and the opportunity to work with a very important group that has gone such a long way. Let’s hope we can replicate the expansion of Moncler,” he said with a chuckle. Moncler went public in 2013 and Rivetti said he would never have imagined Stone Island becoming a listed company. “I already told Remo that, thankfully, he will be dealing with that,” he said, laughing.

Last week, commenting on Moncler’s financial performance in 2020, Ruffini once again touted the soundness of the acquisition of Stone Island, whose development is a strong focus for Moncler this year. The closure of the deal is expected by March 31 and Ruffini said the company was working on the integration of Stone Island and focusing on its direct-to-consumer potential.

With the help of Moncler, Stone Island is poised to expand in the U.S. and Asia and beef up its retail network, although Rivetti keeps his feet on the ground and believes the first task at hand is to further build the awareness of the brand. That said, wearing his coach hat, he knows that Stone Island is ready to catch the opportunities ahead. He knows his team of eight international designers “speak to the world. Each, with their own different nationality, culture, education and age, makes the difference.”

As an example, he contended that a field jacket — the archetype of men’s fashion — can be interpreted in a different way depending on whether the designer is German, French or English. “I choose the team depending on the game we must play. We must be faster and more sensitive.”

Stone Island was designed by Paul Harvey for 12 years until 2008. He succeeded the brand’s founder Massimo Osti, who left in the mid-’90s. Stone Island was founded by Osti in 1982 in Ravarino, near Modena. In 1983, Rivetti, with the now-defunct GFT, bought 50 percent of the company, and 10 years later, with his sister Cristina, he took full control of the brand. In 2017, parent firm Sportswear Company SpA sold a 30 percent minority stake to Singapore-based investment company Temasek to support the brand’s international expansion. Moncler is set to buy that stake from Temasek.

Rivetti said the company’s headquarters in Ravarino will continue to stand independently and that the Moncler and Stone Island teams will not merge. On the other hand, synergies are expected to be found in the supply chain, logistics and services, for example. Moncler will also help Stone Island raise the bar on its sustainability goals. “This is key for us in the present and for the future, as it is for Moncler,” Rivetti said.

Looking ahead at the rest of the year, Rivetti said the two companies are “implementing the integration of technology, finance and control, analyzing possible overlaps. It’s an intense collaboration.”

In the 2020 fiscal year, ranging from November 2019 to October 2020, Stone Island registered sales of 240 million euros, up 1 percent compared with 237 million euros in the previous year.

Italy accounted for 28 percent of total revenues, while the rest of Europe represented 52 percent of sales. The Rest of the World area generated 20 percent of revenues. With the help of Moncler’s team, and most likely Moncler’s chief marketing and operating officer Roberto Eggs, Stone Island will be able to expand this business and Rivetti said with a smile that in the past he used to “joke saying that I wanted to grow in markets that were an hour and a half-plane ride from Malpensa.”

Upon the acquisition, Eggs said during a call with analysts that one of the goals was to help Stone Island have “more direct-to-consumer control and more presence in retail.” He sees “strong potential in malls and department stores,” and said that, while Stone Island has strong wholesale distribution in Europe, Moncler will be able to help the brand penetrate the Asian market, where its presence is still “low.” He also pointed to potential in North America, given the success of Stone Island’s past partnerships with Nike and Supreme.

“Having a teacher like Roberto will surely help the student, and he will help us on the development of the strategic plan and expand our shopping experience at retail,” Rivetti said. 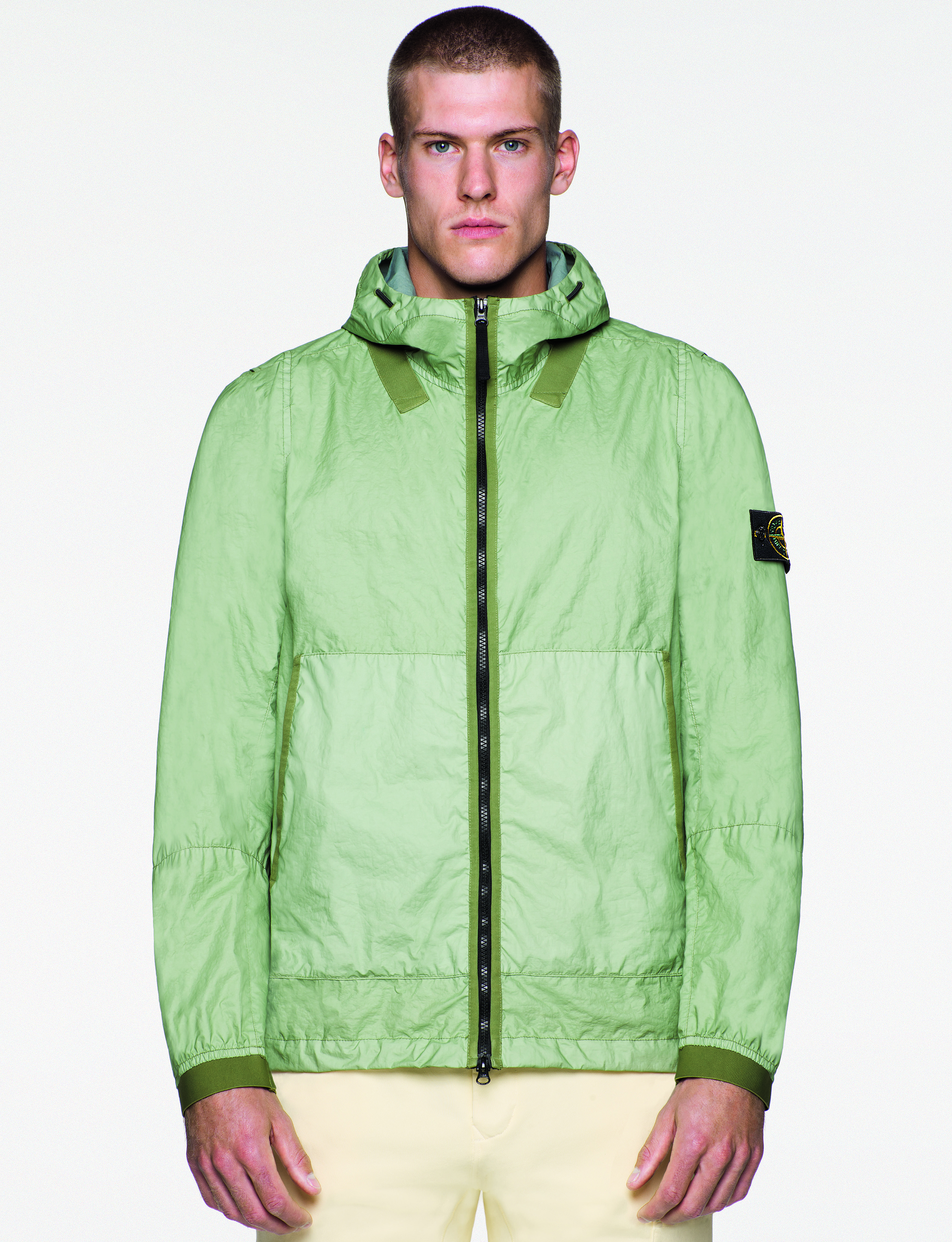 Rivetti said it will be key to have “more control over the markets, which should lead to more penetration.” He humbly admitted that leveraging Moncler’s clout will allow Stone Island to face the markets “with a different approach compared to a medium-sized company from the Emilia region. Now, rather than stumbling upon opportunities, we will seek them.”

He said it was premature to provide additional details.

“There is no need for a Moncler 2, as Remo said, but we will grow Stone Island through tested rationales but through the Stone Island lens,” Rivetti said.

In the fiscal year, the wholesale channel accounted for 78 percent of sales. There are 24 directly operated Stone Island stores, which together with the online channel represented the remaining 22 percent of sales. A new banner in Singapore opened in February.

The brand has become a symbol of intensive research on fibers and textiles, through the continuous experimentation of dyes and treatments on the finished garment. Through the years, Stone Island has fine-tuned more than 60,000 different dyes. Jackets made with a mono-yarn nylon, derived by the technology to filter water, and super light nylon used in aeronautics technology to protect onboard computers are some of the examples of the company’s expertise.

This research can also be shared with Moncler, said Rivetti.

Asked if he would consider expanding into women’s wear, Rivetti firmly nixed this option. “It’s a complex business that at this moment is not manageable in terms of organization and sizing.” There are also no plans to produce co-branded collections with Moncler.