BUENOS AIRES (Reuters) – Argentina is braced for the first case of coronavirus to be confirmed among the thousands of port workers and grains handlers involved in the country’s key agricultural export sector, local industry officials said. 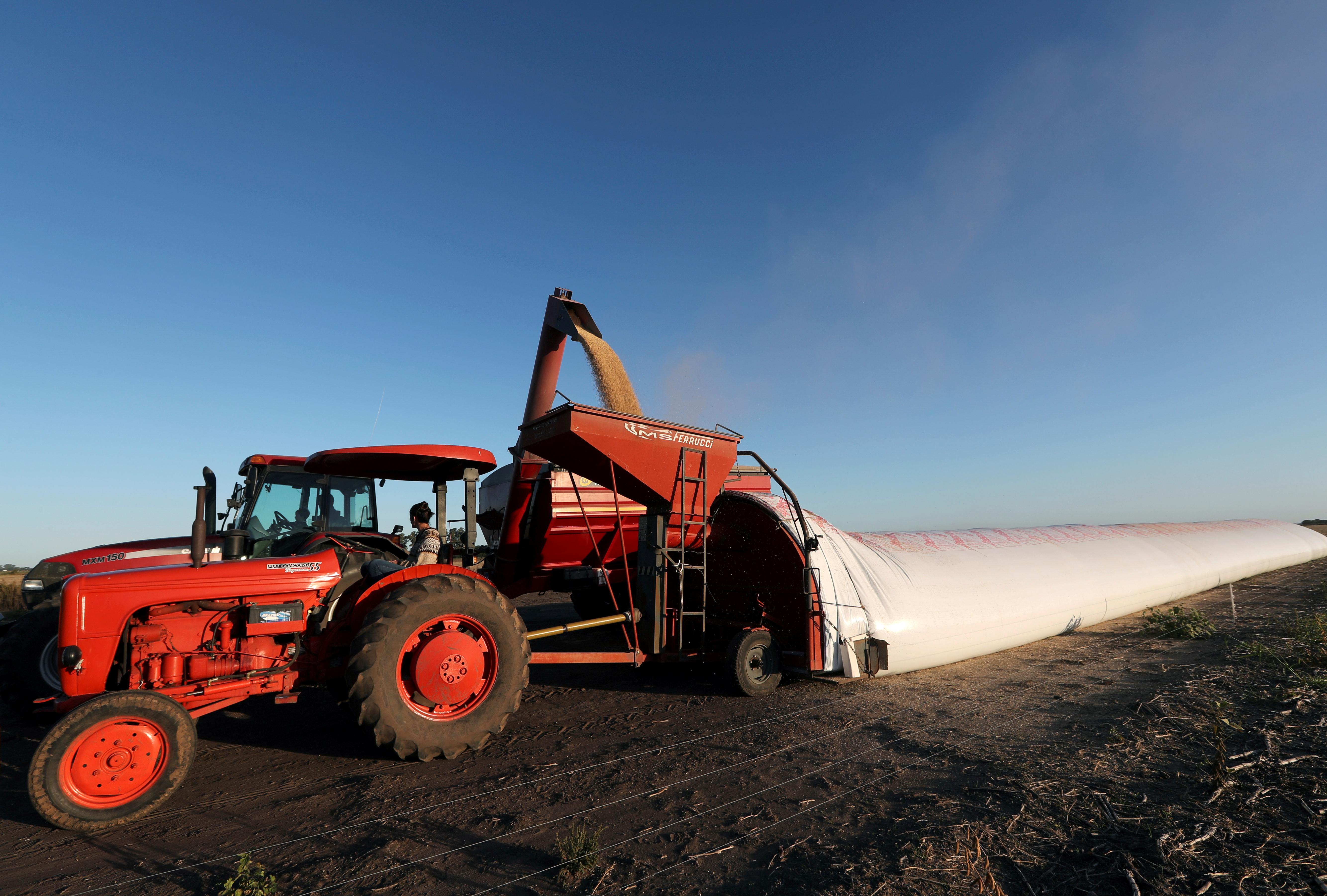 Argentina is the world’s No. 3 supplier of corn and raw soybeans and the top exporter of soymeal livestock feed used to nourish hogs, poultry and cattle from Europe to Southeast Asia

The country has had 2,277 confirmed cases of the virus so far, 101 of which have been fatal, according to official data.

As the pandemic spreads and export companies step up precautions aimed at keeping workers safe, industry officials said it was inevitable that someone within the grains complex would get the virus, likely causing concern among fellow workers and importers of Argentine farm products around the world.

“So far we have no confirmed cases. But we are preparing.”

The pandemic slowed transport of recently harvested soy and corn to port last month. But those earlier logistics bottlenecks have been largely cleared. Industry leaders say they are ready for the shock expected to accompany the first internal case.

Cargo ships are being checked by Coast Guard health inspectors, while employees up and down the chain are required to wear protective gear, Zubizarreta said.

Export sector workers are constantly having their temperature taken. Anyone hotter than 37.5 degrees Celsius, or 99.50 degrees in Fahrenheit, is not allowed in port facilities.

Stevedores and white collar port workers are required to stay 1.5 meters away from each other at all times and medical teams have been posted at all grains transfer points.

The patient with the first case will be put in hospital isolation and anyone who has had contact with that employee will go into quarantine, Idigoras said.

Crops from the Pampas farm belt are trucked to the Rosario grains port and soymeal manufacturing hub on the Parana River.

“Truck transportation is very atomized. I can’t imagine it coming to a halt. The really worry is the port facilities,” said Alvaro Tomas, who grows soy and corn in the Pampas farm town of Carlos Casares, Buenos Aires province.

The government, under pressure to keep the economy running amid a fast-deepening recession and upcoming sovereign bond restructuring, has exempted people in export-related jobs from the lockdown, which is currently set to end on April 27.

Grains quality inspectors represented by labor union URGARA tried to go on strike over health concerns last month but were ordered by the government to stay on the job.

URGARA says all Argentines should be staying home to protect their health. “Given the current situation, export activity is not essential,” URGARA boss Pablo Palacio told Reuters.

“We know that the economic issue is important, but the need to preserve the health of the population is overriding,” Palacio said, noting that grains inspectors work in highly traveled choke points like borders and ports from where the virus could easily be transmitted to the world.

He did not renew URGARA’s call for a strike, but neither did he rule out industrial action.