Home » Business » Tesla earnings are expected to be solid. 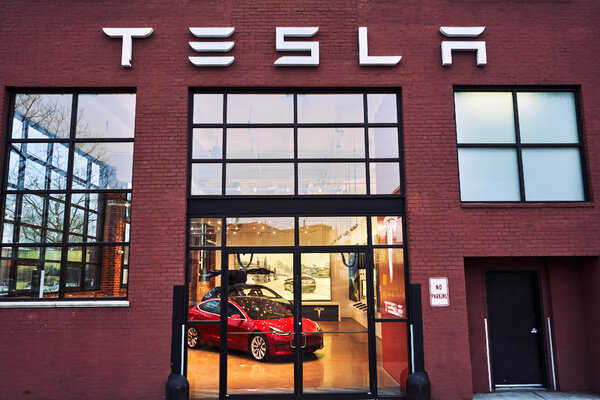 Tesla on Monday is expected to report solid earnings for the first quarter of 2021, a result driven by continuing increases in sales and production around the world.

Analysts expect the automaker to report earnings of about 75 cents per share. That would be a significant increase from the 24 cents per share it reported for the fourth quarter of 2020. A year ago, it earned just 2 cents per share in the first quarter as the coronavirus pandemic hurt sales and forced the shutdown of its plant in Fremont, Calif.

Earlier this month, Tesla said it delivered a record 184,800 cars in the first three months of the year, more than double the total from the comparable period in 2020.

“Tesla continues to see growing pent-up demand throughout China and Europe,” Dan Ives, a Wedbush analyst, wrote in a report to investors. In the United States, the Biden administration’s push to reduce greenhouse gas emissions and support sales of electric vehicles is likely to help sustain demand for Tesla’s cars, Mr. Ives added.

In advance of the earnings report, Tesla stock was trading at about $739, up about 1 percent on the day. Although down from recent highs, the shares are more than five times as valuable as they were a year ago.

The earnings news comes as Tesla is facing increasing questions about the safety of its Autopilot driver assistance system. Two men were killed this month in Texas when the Tesla Model S they were riding in crashed into a tree on a residential street and burst into flames. Local police said one man was found in the passenger seat and the other in the rear seat and no one was at the steering wheel when the crash occurred.

The National Transportation Safety Board and the National Highway Traffic Safety Administration have sent teams to investigate the crash and see whether the men had relied on Autopilot to drive the car. A Texas Republican, Rep. Kevin Brady, has written to Elon Musk, Tesla’s chief executive, urging him to cooperate with safety regulators.

A week ago Mr. Musk posted a message on Twitter saying data from the car “so far” showed Autopilot was not enabled.

Tesla has also come under scrutiny in China, where authorities have looked into reports from consumers about battery fires and sudden acceleration by Tesla vehicles.