LONDON — With the world’s eyes locked on results rolling in from the U.S. presidential election, British retailers have taken the opportunity to release gloomy figures just as the country heads into four weeks of lockdown.

On Wednesday, with Americans and others on tenterhooks, Marks & Spencer made history, posting its first loss in 94 years due to coronavirus-linked store closures and an underperforming clothing division.

The company said that in the first half ended Sept. 26, pre-tax losses were 87.6 million pounds, compared with profits of 158.8 million pounds in the corresponding period last year. Group revenue in the period was 4.1 billion pounds, a 15.8 percent decline on the previous year.

In August, the company revealed plans to cut 7,000 jobs in the U.K. due to the impact of COVID-19 on sales.

The first half of M&S’s fiscal year corresponded with the first national lockdown here. M&S was able to keep its supermarkets and food halls open during that period, but was forced to cordon off non-essential items on the shop floor such as clothing, accessories and homeware.

As a result, the company said Wednesday that its clothing and home performance was “heavily impacted” by the full lockdown in the first quarter, ongoing social distancing “and the priority to clear stock.” Total revenue in the division declined 40.8 percent in the six months.

After stores reopened in the second quarter following lockdown, M&S said its clothing and home business still had “substantial headwinds” to deal with because its stores are located — inconveniently — on high streets, in shopping and town centers, while its product mix includes formal, outerwear and event-related categories at a time when there were no events, and everyone was staying home. 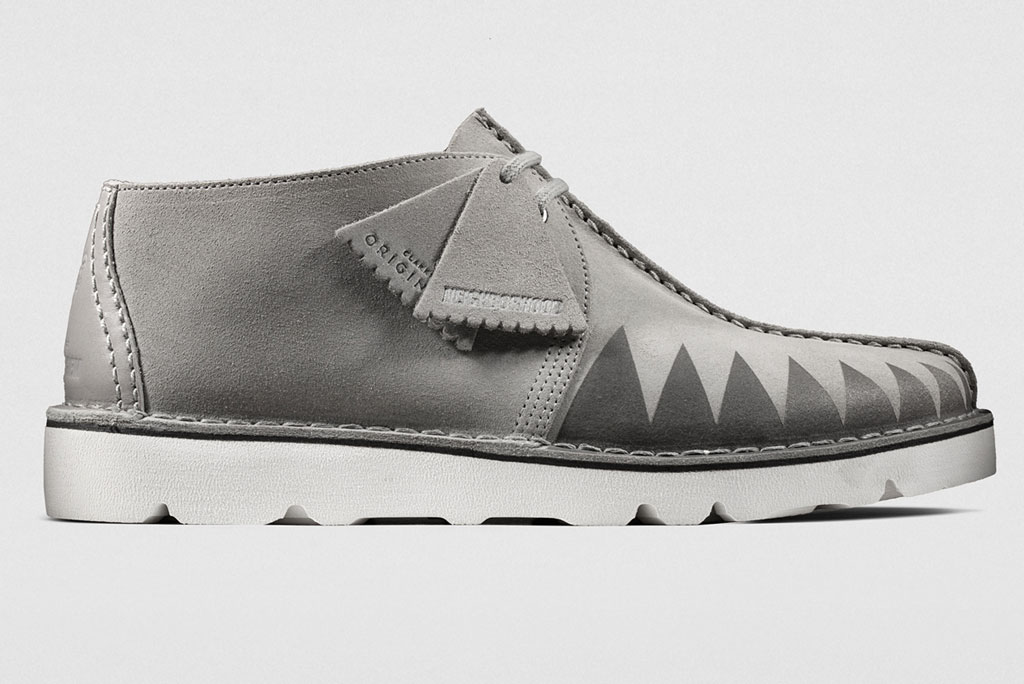 “In a year when it has become impossible to forecast with any degree of accuracy, our performance has been much more robust than at first seemed possible,” said M&S chief executive Steve Rowe.

“This reflects the resilience of our business and the incredible efforts of my M&S colleagues who have been quite simply outstanding.”

He said that due to a new restructuring program, Never the Same Again, M&S has “brought forward three years of change in one year to become a leaner, faster and more digital business. We are taking the right actions to come through the crisis stronger and set up to win in the new world. Out of adversity comes opportunity.”

Fellow food, clothing and home retailer John Lewis Partnership said it was also laying the groundwork for a better future as a “leaner, simpler and faster business.”

As part of its new Partnership Plan, the retailer said it is strengthening its Waitrose supermarket and John Lewis department store business with 1 billion pounds of investment in customer services and experiences in-store, and online.

The company said it is looking to make 300 million pounds in annual savings by 2022 through operational efficiencies throughout the business and a more “agile, flexible head office.” As part of the plan, the company said it will reduce the size of its head office operations by up to 1,500 roles, between now and April 2021.

The staff changes will see Patrick Lewis, executive director of finance, leave the company by his own choice at the end of the year. Lewis, who spent 26 years at John Lewis, will be succeeded by Bérangère Michel, who is currently executive director of customer service, and former finance director for the retail chain.

As reported in July, John Lewis did not reopen eight of its stores when lockdown eased, and announced 1,300 layoffs.

The shuttered stores included units at Heathrow airport and St. Pancras train station; four stand-alone home interiors sites in the Midlands and the south of England, and two full-size department stores in Birmingham and Watford.

John Lewis and Partners operates 50 stores and one outlet across the U.K., while Waitrose has 337 stores.

Clarks, another retail victim of the COVID-19 pandemic, had a more positive story to tell.

On Wednesday, the troubled footwear company said that the Hong Kong-based LionRock Capital was set to take a majority stake, worth 100 million pounds.

The deal, which still needs the Clark family’s approval, would end family ownership of the British footwear brand after 195 years. If the deal goes through, the family will remain a “significant” shareholder in the business, according to a joint statement from Clarks and LionRock Capital.

“The investment from LionRock Capital and the restructuring of our retail footprint, combined with the ongoing support from our existing lenders and our focus on cash management and cost control, will provide funding for the company’s seasonal working capital needs and its transformation strategy,” said Clarks chief financial officer Philip de Klerk.

The current non-executive chairman of LionRock Capital is the founder of the Chinese sportswear giant Li Ning, whose namesake company partnered with LionRock Capital last year to set up a fund. The partners are looking to acquire clothing, footwear, accessories, food and beverage brands that have growth potential in China.

Clarks is also seeking to address rent payments at its stores in the U.K. and in Ireland through a company voluntary arrangement. The LionRock investment is subject to the CVA, which is a type of insolvency procedure that allows a troubled company to hammer out debt solutions with its creditors.

According to Clarks, the proposal to creditors outlines a combination of a reduction in rent and a move to rebase Clarks’ rental cost base through a turnover-based model that aligns to future performance and reflects the wider retail market.

As part of the CVA, Clarks will move 60 of its 320 stores to nil rent. “It is important to stress that we are not announcing the closure of any stores today, and employees and suppliers will continue to be paid,” said de Klerk.