WASHINGTON (Reuters) – The U.S. current account deficit dipped to a near two-year low in the first quarter as the COVID-19 pandemic restricted the flow of goods and services. 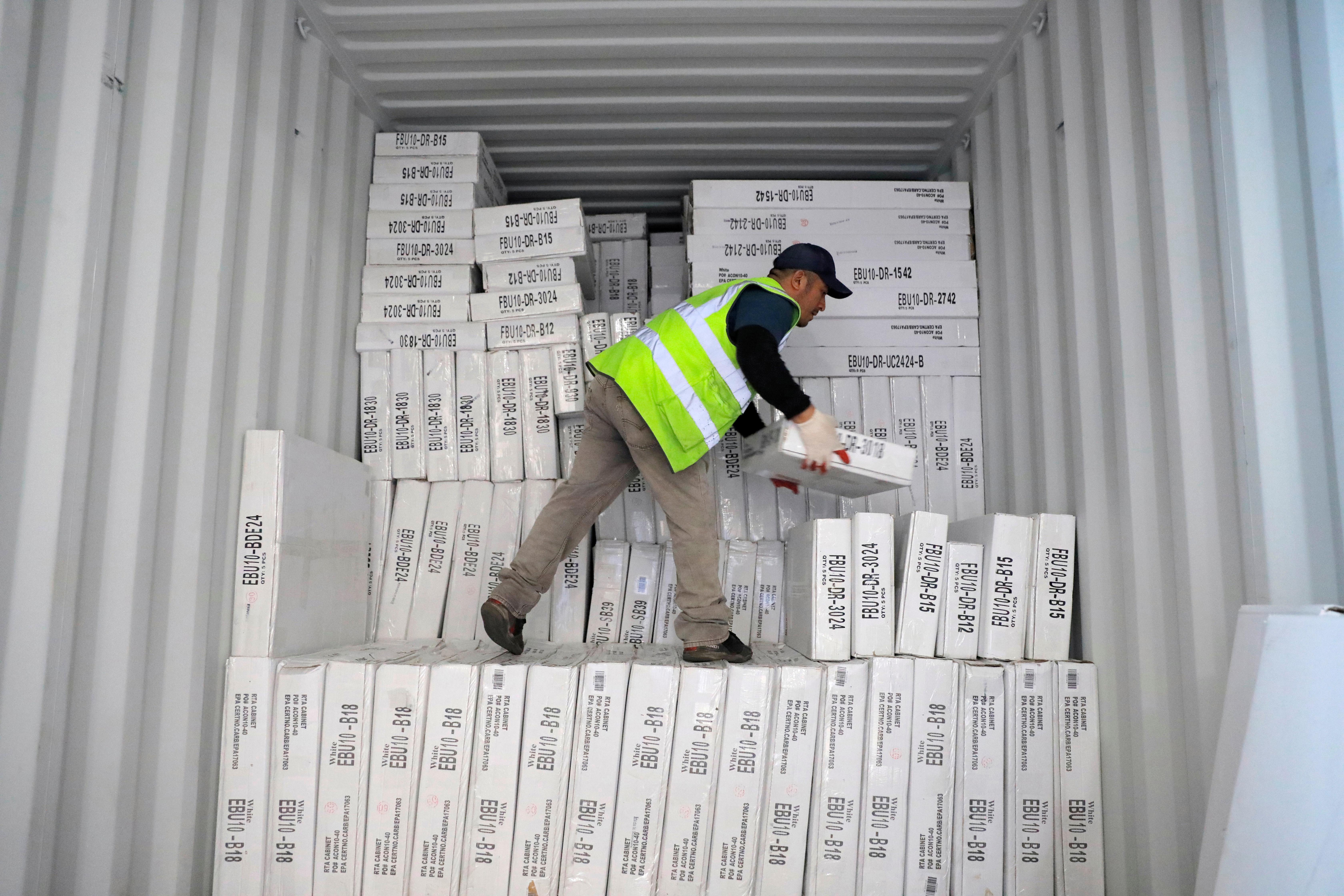 The Commerce Department said on Friday the current account deficit, which measures the flow of goods, services and investments into and out of the country, slipped 0.1% to $104.2 billion, the smallest since the second quarter of 2018.

Data for the fourth quarter was revised to show the gap narrowing to $104.3 billion, instead of $109.8 billion as previously reported. Economists polled by Reuters had forecast the current account gap shrinking to $103 billion in the January-March quarter.

The Commerce Department’s Bureau of Economic Analysis, which compiles the data attributed the drop “in part, due to the impact of COVID-19, as many businesses were operating at limited capacity or ceased operations completely, and the movement of travelers across borders was restricted.”

The Federal Reserve’s expansion of currency swap lines with more than a dozen foreign central banks to ease a global dollar crunch early in the crisis contributed to record increases in assets and liabilities in the U.S. financial account.

The current account gap represented 1.9% of gross domestic product in the first quarter, the smallest share since the third quarter of 2017.

Exports of goods and services and income received from foreign residents fell $47.5 billion, the biggest drop in 11 years, to $902.2 billion. That was the lowest level since the third quarter of 2017.

Imports of goods and services and income payments to foreign residents declined $47.7 billion to $1.01 trillion, also the lowest level since the third quarter of 2017. That drop was also the biggest since the first quarter of 2009.

The capital account deficit widened $943 million to $2.962 billion, the largest since the first quarter of 2015.

Despite the disruptions caused by the pandemic, American companies repatriated $124.2 billion in profits in the first quarter, the most in over a year, up from $83.6 billion in the prior period. An overhaul of the tax code slashed the corporate tax rate to 21% from 35% and generally eliminated taxes on repatriated earnings.

Even before the COVID-19 pandemic, the import bill had been shrinking because of the Trump administration’s trade war with China. The United States has also become a net exporter of crude and fuel, the result of a production surge that has dramatically reduced the nation’s dependence on foreign oil.

The surplus on primary income – which includes investment income such as dividends and employee compensation – dropped to $52.5 billion, the smallest since the third quarter of 2016, from $62 billion in the fourth quarter. Primary income receipts fell $27.8 billion to $255.1 billion.

The deficit on secondary income, which includes U.S. government grants, pensions, fines and penalties, and worker remittances, increased $1.1 billion to a record $37.6 billion.