WASHINGTON (Reuters) – The U.S. trade deficit increased by the most in more than a year in March as a record drop in exports offset a shrinking import bill, suggesting the novel coronavirus outbreak was upending the global flow of goods and services. 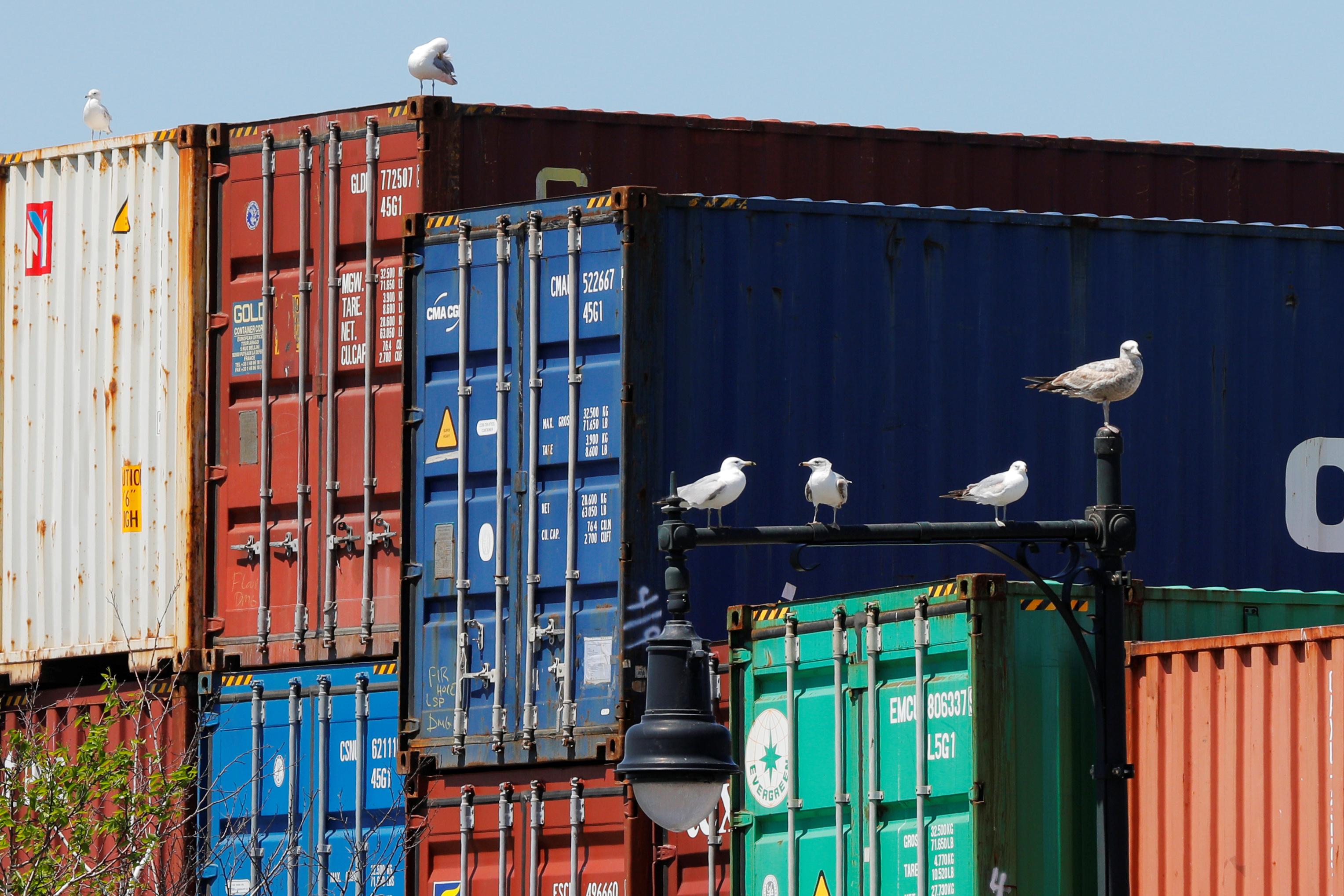 Other data on Tuesday showed the tough measures to slow the spread of COVID-19, the respiratory illness caused by the coronavirus, pushed the nation’s vast services sector into contraction in April for the first time in nearly 10-1/2-years.

The reports were the latest indication that the economy was sinking deeper into recession and that a sharp rebound was unlikely even as parts of the United States started to reopen.

“Trade between locked-down countries all over the globe will continue to falter in what looks like a second Great Depression and it could be years before the globalization trend reasserts itself as the world grows more cautious during this unprecedented health crisis,” said Chris Rupkey, chief economist at MUFG in New York.

The Commerce Department said the trade deficit jumped 11.6%, the largest rise since December 2018, to $44.4 billion. Economists polled by Reuters had forecast the trade gap increasing to $44.0 billion in March.

In the United States gross domestic product declined at a 4.8% annualized rate in the first quarter, the steepest pace of contraction in output since the fourth quarter of 2008. Economists believe the economy entered recession in the second half of March when the social distancing measures took effect.

The National Bureau of Economic Research, the private research institute regarded as the arbiter of U.S. recessions, does not define a recession as two consecutive quarters of decline in real GDP, as is the rule of thumb in many countries. Instead, it looks for a drop in activity, spread across the economy and lasting more than a few months.

Though some parts of the country have started reopening, economists did not see the economy quickly returning to pre-pandemic levels, which they said would take years. Reopening the economy also involves the risk of a second wave of infections and further lockdowns.

A survey on Tuesday from the Institute for Supply Management (ISM) showed its non-manufacturing activity index fell to a reading of 41.8 last month, the first contraction since December 2009. It was also the lowest level since March 2009 and followed a reading of 52.5 in March.

A reading below 50 indicates contraction in the services sector, which accounts for more than two-thirds of U.S. economic activity. The ISM survey’s measure of new orders for the services industry dropped to a record low in April.

“We continue to expect that the apex of the impact of COVID-19 on the U.S. economy occurs this quarter, with GDP falling around 30% at an annualized rate,” said Ryan Sweet, a senior economist at Moody’s Analytics in West Chester, Pennsylvania.

Stocks on Wall Street were trading higher as investors ignored the data, focusing instead on recovering oil prices and an easing of travel restrictions in several countries. The dollar rose against a basket of currencies. U.S. Treasury prices were mostly lower.

In March, the politically sensitive goods trade deficit with China decreased $4.2 billion to $11.8 billion, a 16-year low. Imports from China fell, while exports to that country rose.

But trade’s contribution to first-quarter GDP was offset by a sharp drawdown in inventories as well as weaker consumer spending and business investment because of plunging imports.

The import bill has been shrinking as the United States waged a trade war with China. A sharp reduction in crude oil imports has also been a factor, with the United States becoming an oil exporter last year. The country posted a record $2.1 billion petroleum surplus in March.

Tensions have flared up between Washington and Beijing over the origins of the coronavirus, raising fears of an escalation in the trade war between the two economic giants.

The petroleum import bill in March was the smallest since May 2016. Imports of services were down $10.7 billion to $38.5 billion in March, the least since August 2013.

“This was a tough report, but is likely only the beginning,” said Tim Quinlan, a senior economist at Wells Fargo Securities in Charlotte, North Carolina. “Even as states begin to re-open and factories come back online, trade will remain under pressure.”