LONDON (Reuters) – Britain’s top banks have axed dividend payments after pressure from the regulator, saving their capital as a buffer against expected losses from the economic fallout from the coronavirus. 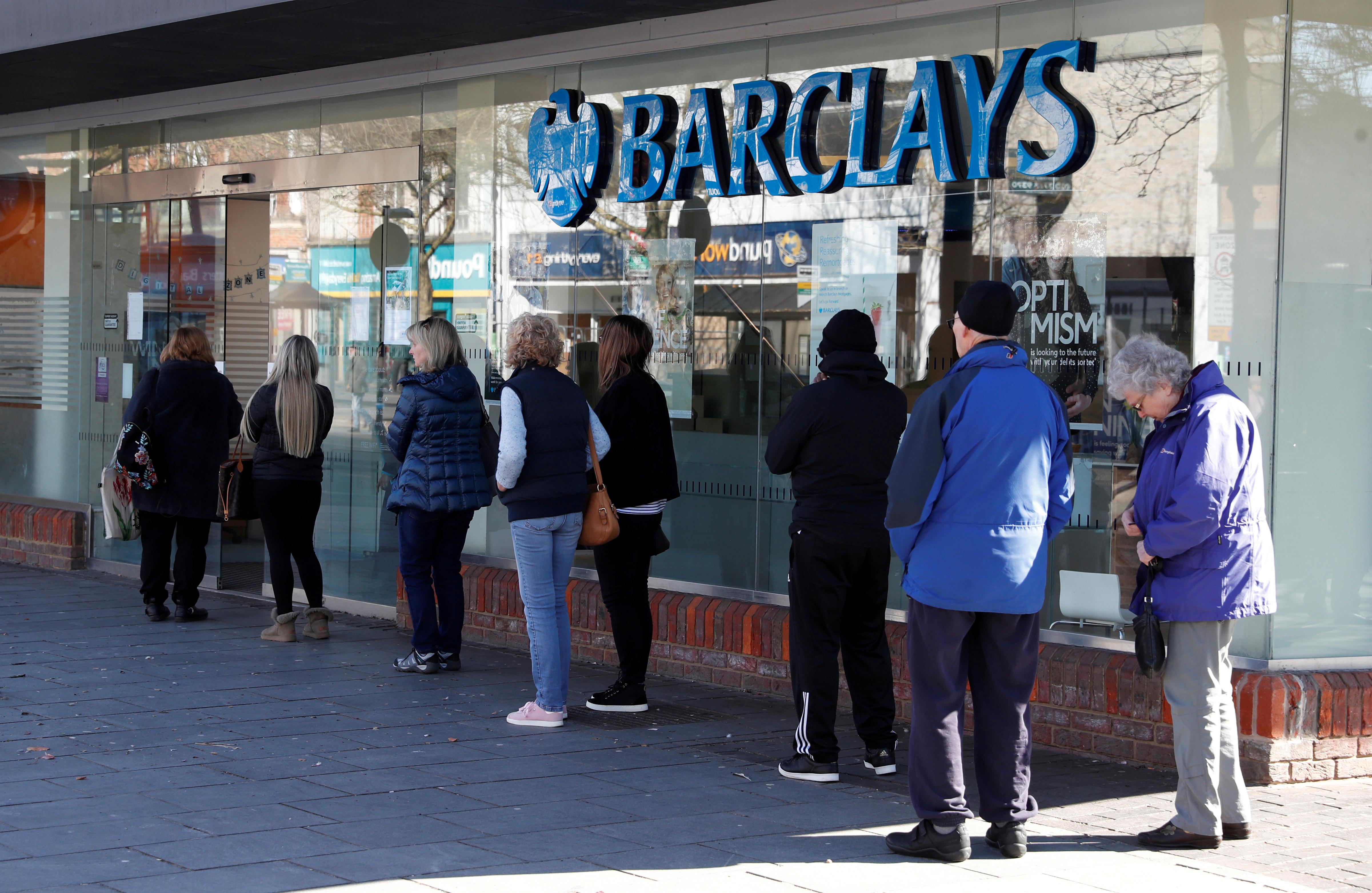 The lenders had been due to pay out over 8 billion pounds ($9.93 billion) between them in 2019 dividends, with HSBC the biggest payer at $4.2 billion.

The PRA also asked banks and insurers not to pay senior staff bonuses this year, although none of the banks opted to provide details on how they would comply with this second request.

The British lenders also held off announcing changes to their executive pay policies.

Shares in domestic-focused lenders Lloyds and Barclays shed more than 5% each in early trading, while HSBC and Standard Chartered saw their stocks fall 7.7% and 6% respectively by 0708 GMT.

The PRA said banks entered the pandemic, which has put Britain into lockdown, with strong capital positions, enough to withstand a severe UK and global recession.

Banks pay out dividends as a means of rewarding shareholders and disposing of excess profits, but they have the option to retain the earnings instead to preserve their capital levels.

While suspending investor distributions was described as prudent by the lenders, analysts at Jefferies said the move had “structurally bearish ramifications” for the sector, including raising the cost of equity.

“…It is not beyond the wit of man that some banks might need rights issues and all of this uncertainty in our view ultimately weakens prospective investment propositions.”

The statements from British lenders come after the European Central Bank (ECB) last week asked euro zone lenders to skip dividend payments and share buybacks until October at the earliest, and use their profits to support the economy.

Several of Europe’s largest lenders, including UniCredit (CRDI.MI), and Societe Generale (SOGN.PA), have already announced they will hold off paying 2019 dividends for now.

However, there are some hold outs. Swiss banking giants UBS (UBSG.S) and Credit Suisse (CSGN.S) have both said they plan to press ahead with 2019 dividends despite their home regulator urging caution over payouts.

The move to scrap 2019 shareholder distributions is expected to free up capital that banks can instead lend to businesses and consumers rocked by the coronavirus pandemic.

But some analysts believe cancelling dividends could actually harm the supply of credit to the real economy.

“We note that euro area bank market capitalization fell on 30 March by the same as the 30 billion euros ‘saved’ by its dividend ban on Friday 27 March,” analysts at Bank of America Merrill Lynch said in a note, referring to the ECB’s move.

The European Union’s banking watchdog said earlier on Tuesday that banks should be “conservative” in how they award bonuses to preserve capital and keep lending during the coronavirus pandemic.

However it stopped short of calling on banks to stop bonuses altogether.

Italy’s UniCredit and Spain’s BBVA have both said this week that their top management will waive their 2020 bonuses.

Standard Chartered signaled in a memo on Monday that the bank would likely cut its 2020 executive payouts.

PRA Chief Executive Sam Woods also wrote to heads of insurers, saying they should pay “close attention” to the need to protect policyholders and maintain safety and soundness when considering bonuses or dividends.

HSBC signaled a gloomy first-quarter earnings season for British banks, warning in its statement that it would see bad loans rising and revenues falling as the economic impact of the pandemic hits.

The coronavirus has infected more than 850,000 people globally, and killed over 42,000, a Reuters tally shows. For an interactive graphic tracking the global spread of the virus: open tmsnrt.rs/3aIRuz7 in an external browser.