(Reuters) – Wall Street lost ground on Friday, reversing earlier gains as spiking cases of COVID-19 and Apple Inc’s announcement of fresh store closures heightened concerns that a new round of lockdowns would be imposed and delay an economic recovery. 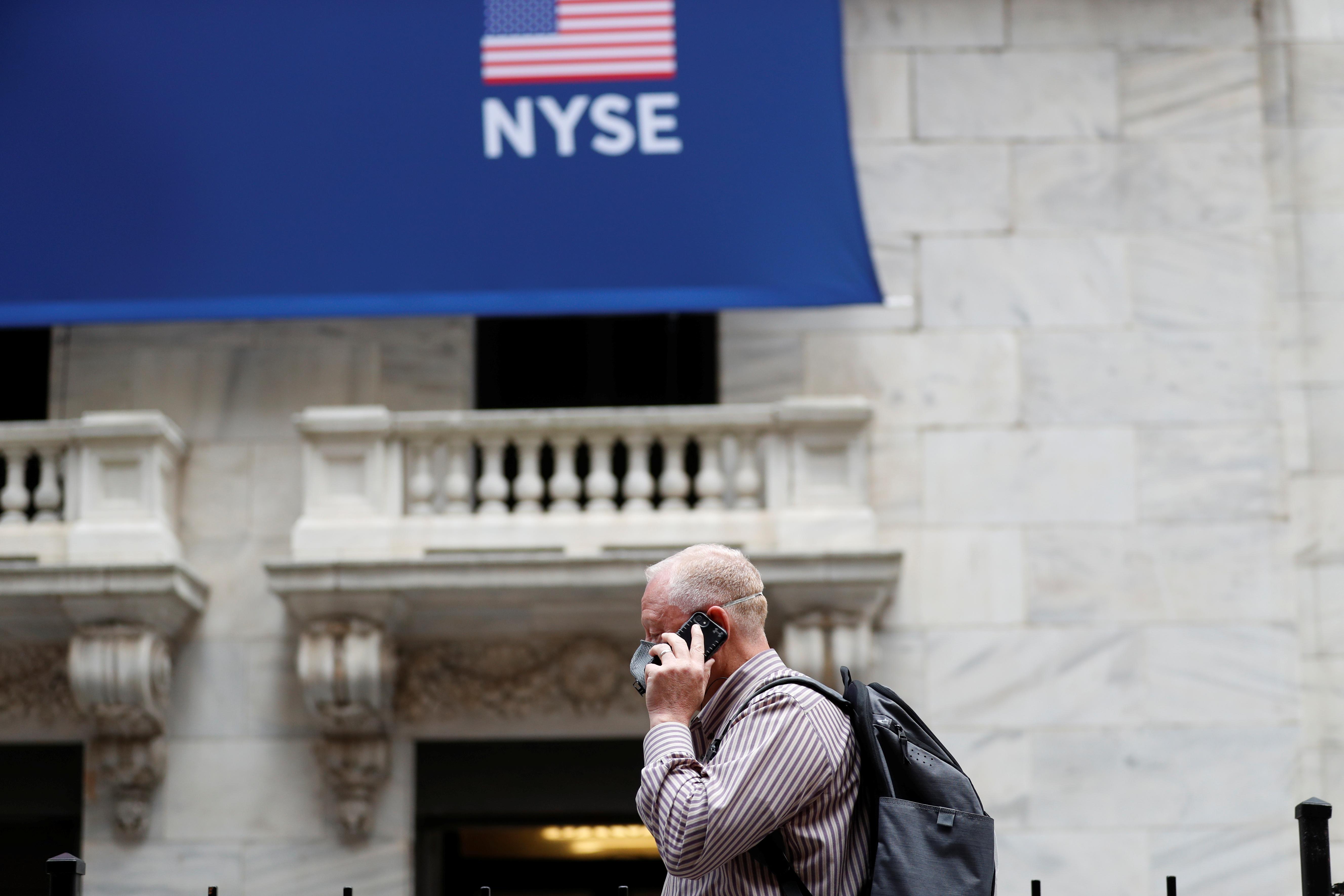 All three major U.S. stock indexes were in the red after two days of range-bound, sideways movement.

“It went from a fairly positive day to a weak day fairly dramatically and quickly,” said Peter Tuz, president of Chase Investment Counsel in Charlottesville, Virginia. “Which doesn’t surprise me for a summer Friday during a pandemic and extreme economic weakness and political uncertainty heading into the weekend.”

New cases of COVID-19 set records across at least six U.S. states, and mandated mask use is becoming more common as economies continue reopening. China, where the pandemic originated but had been contained, also reported an uptick in new cases of the disease.

“Throughout the week there have been increasing news items regarding a spike of COVID cases in the U.S. and around the world, and that’s led to fears of the economy not recovering as quickly as people hoped,” Tuz added.

“And Apple closing stores is a good example of that.”

Still, for the week, the S&P 500, the Dow and the Nasdaq are all on track to post solid percentage gains.

The S&P 500 and the Dow are now about 9% and 13% shy of their respective all-time highs reached in February. The tech-heavy Nasdaq hovers around 1% below its last closing high reached on June 10, after breaching that level earlier in the session.

Trading volume is typically light on summer Fridays as investors head into the weekend.

But Friday marks “quadruple witching,” in which futures and options expiries occur, and that typically translates into elevated volume and liquidity. The S&P is synchronizing its delayed rebalancing to take advantage of that liquidity, which could drive volumes even higher.

In a video conference, U.S. Federal Reserve Chair Jerome Powell warned the economic recovery from the pandemic is set to be challenging and there will be no quick fix.

AMC Entertainment Holdings Inc, the world’s largest movie theater operator, dipped 2.0% after its announcement that it would reopen theaters at about 450 locations in the United States next month was tempered by renewed shutdown fears.

Declining issues outnumbered advancing ones on the NYSE by a 1.68-to-1 ratio; on Nasdaq, a 1.33-to-1 ratio favored decliners.