All three major U.S. stock indexes lost well over 5%, posting their worst one-day percentage drops since March 16, when markets were sent into freefall by the abrupt economic lockdowns put in place to contain the pandemic. The Nasdaq snapped a three-day streak of record closing highs.

Deaths of Americans from COVID-19 could reach 200,000 in September, a grim result of the United States’ economic re-opening before getting growth of new cases down to a controllable level, according to a leading health expert.

At the conclusion of its two-day monetary policy meeting on Wednesday, the U.S. Federal Reserve released its first pandemic-era economic outlook, after which Chair Jerome Powell warned of a “long road” to recovery.

“The Fed keeping rates steady through 2022 could give investors the impression that the Fed may be more concerned about the pace of economic recovery than originally anticipated,” said Joseph Sroka, chief investment officer at NovaPoint in Atlanta.

Economic data appeared to back up the Fed’s gloomy economic projections, with jobless claims still more than double their peak during the Great Recession and continuing claims at an astoundingly high 20.9 million.

Among the major S&P 500 sectors, energy .SPNY and financials .SPSY suffered the largest percentage drops, plunging by 9.5% and 8.2%, respectively.

Interest rate-sensitive banks .SPXBK slipped 9.6%, after the Fed indicated key interest rates would remain near zero through at least 2022.

Travel-related companies, among the hardest hit by mandated lockdowns, were sharply lower. 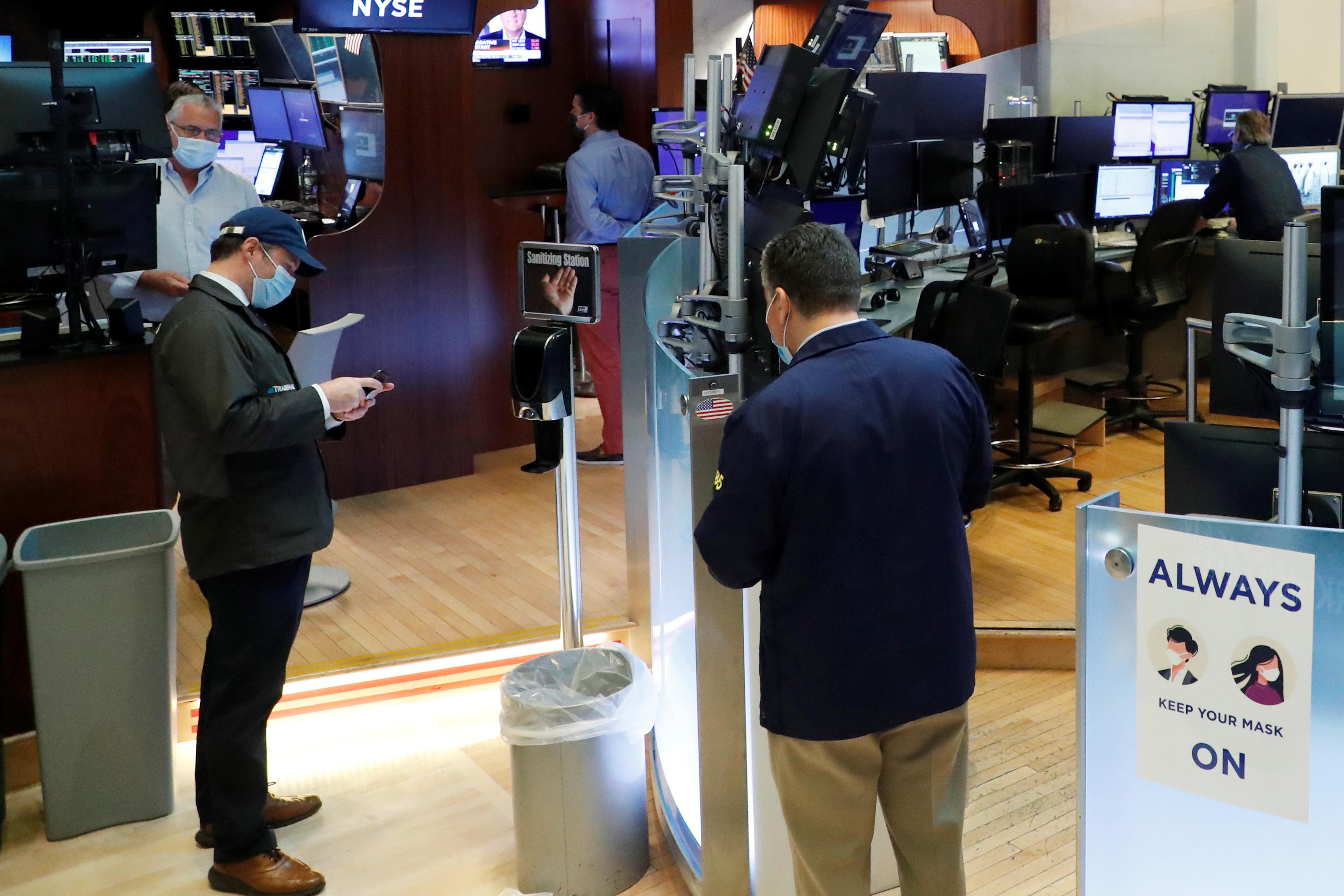 Declining issues outnumbered advancing ones on the NYSE by a 17.60-to-1 ratio; on Nasdaq, a 12.98-to-1 ratio favored decliners.

Volume on U.S. exchanges was 15.31 billion shares, compared with the 12.83 billion average over the last 20 trading days.