They’ve got the space, more often than not, usually in the form of airy sports halls that will soon be expected to double up as Covid-19 testing centres for thousands of secondary school pupils in England under ambitious government plans.

But what school leaders really have in abundance are questions: how will they find time to organise and train an army of testers drawn from the ranks of teachers and volunteers? Will safeguarding checks be needed? What about data protection and insurance? 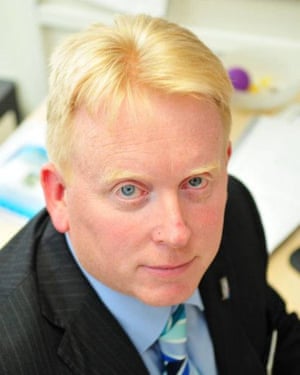 At High Tunstall college of science in the western suburbs of Hartlepool, County Durham, the headteacher, Mark Tilling, said he and others “felt sorry” for the Department for Education officials who had to front two recent webinars, the most recent of which was two days before Christmas.

“It was absolutely appalling. Documents were just read from and no questions were answered,” said Tilling, who is mapping out plans for testing to start next Monday including where to store the “rapid result” lateral flow tests, and how to start testing while continuing to track and trace.

“Then we have to talk to staff about doing it, but what happens if a member of staff in a school says no? How can anyone insist that they have to do it?”

He also has questions about insurance and has yet to see anything resembling a standard operating procedure manual, though it may be a case of adapting one from the local authority. Other loose ends include the question of DBS checks. The DfE says they won’t be needed but local government officials are uncomfortable with that. 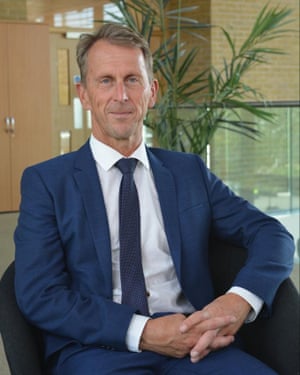 More than 200 miles south, similar intensive planning is under way at Birchwood high school in Bishop’s Stortford, Hertfordshire, where the principal, Chris Ingate, said the 15 December announcement of the testing plan had loaded on a whole new layer of undue stress as school leaders were looking forward to some form of short Christmas break.

Secondary schools in the town quickly swung into action, however, convening virtual meetings to come up with what Ingate described as a “ground-up plan” involving the local community.

“We’re working on the basis that we will have years 11 and 13 onsite next week and we will begin mass testing. We think we can do it,” he said.

“We’ve got a large sports hall and have a group of staff members, support staff and governors. What we’ve said to parents is that we would set aside a first day for testing, rather than having everyone sitting in classrooms and then being called to the sports centre. Our approach will be to get them in one by one, test and then get them in the next day for a proper return.”

Others have voiced additional concerns about the safety of the whole enterprise. Kevin Bawn, the principal of Clyst Vale community college near Exeter, Devon, said there was nowhere in his school to site a testing unit as described in pre-Christmas DfE guidance, though he would be “delighted” to house a mobile testing unit run by healthcare professionals on site.

“As for the staggered start being linked to providing time for schools to prepare, this is disingenuous at best,” he added.

“With 30% of the school attending, plus key worker and vulnerable children in all year groups, the pressure to provide remote and blended learning of the highest quality means that staff will not be available for training.”

The prospect of military support in the form of 1,500 personnel who will form what the Ministry of Defence described as “local response teams” has generated a mixed response.

Rebecca Poole, the headteacher of Hampton high in west London, said it would have been welcome if they were going to oversee the actual testing so that school staff would not have to be diverted to do so.

Like others, she spoke of confusion about whether volunteers need a DBS check, adding: “I hear they don’t, but that goes against everything we do in terms of safeguarding. A delay would be better to get the processes up and running properly.”

What are the restrictions in your area?

Ingate said army assistance would not be required, pointing to his school’s ability to draw on the logistics expertise of at least one member of staff, while Tilling emphasised similar skills among his colleagues.

“We’re told that the army will be on the other end of the phone to offer advice. But what they [the DfE] are doing there is a bit disrespectful, really. Yes, the army can draw up schedules and plans, but it’s also what we do all the time. Plus have they ever tried organising Christmas dinner for 1,300 kids?”