Home » Education » GCSE and A-level exams could be delayed in 2021, says Gavin Williamson

GCSE and A-level exams could be pushed back next year to allow students more teaching time, the UK education secretary has said.

Gavin Williamson said Ofqual, England’s exams regulator, was working with the education sector to figure out if there should be a “short delay”.

His comments come as schools in England start welcoming back all pupils for the first time since March – when they shut to most students due to coronavirus.

Speaking about a potential delay to the GCSE and A-level timetable next year, Nick Gibb, the schools minister, told BBC’s Today programme: “We will come to a decision very soon.”

He said: “We want to have as much teaching time [as possible] for young people to enable them to catch up.”

His comments come after a survey showed teachers estimated on average their students were around three months behind in their curriculum learning due to disruption caused by coronavirus.

Mr Williamson told The Telegraph: “Ofqual will continue to work with the education sector and other stakeholders on whether there should be a short delay to the GCSE, A and AS-level exam timetable in 2021, with the aim of creating more teaching time.”

Exam season usually begins in May, but the newspaper said sources suggested they could be pushed back to June and July – but they would not cut into the summer holidays. 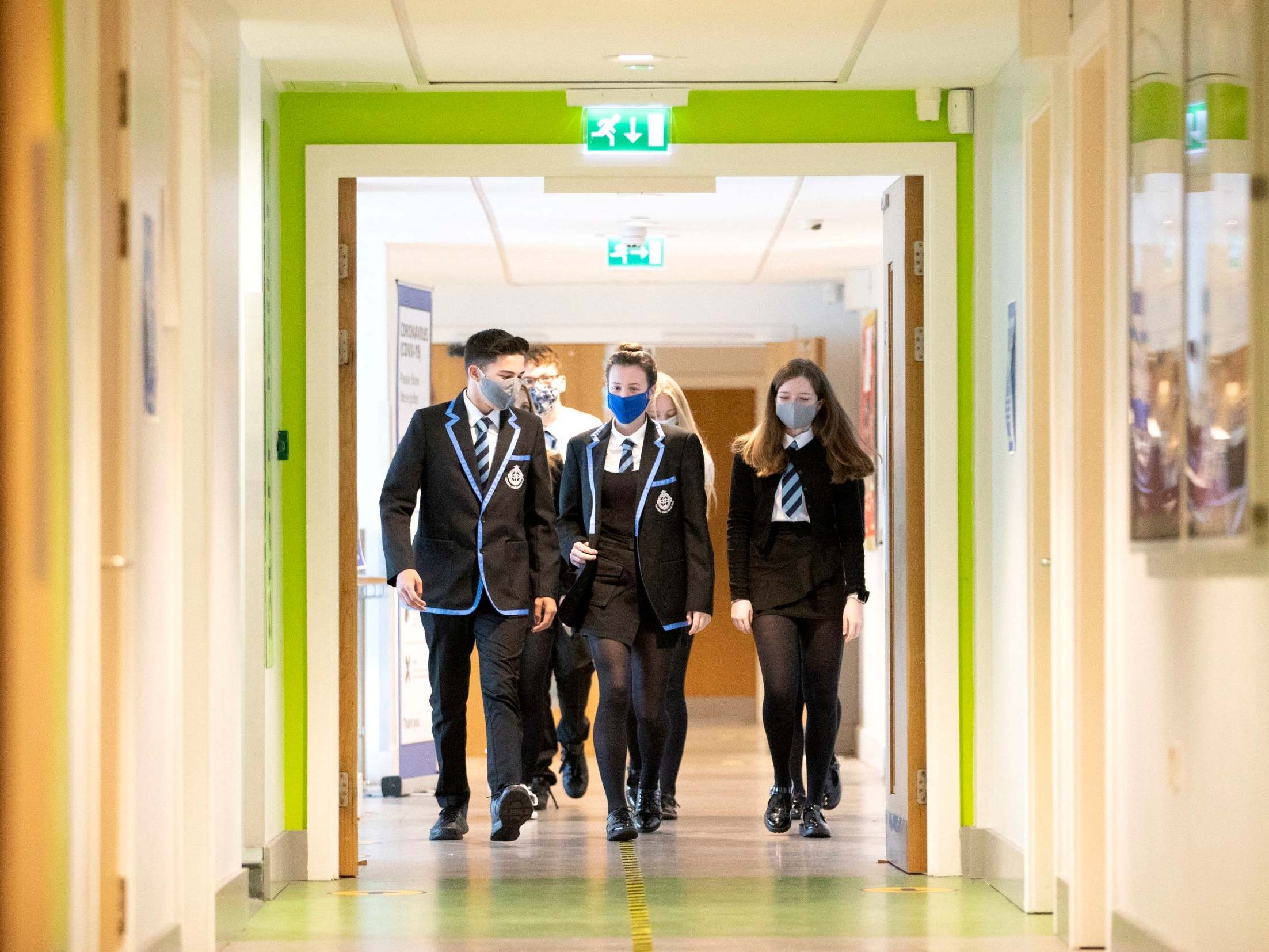 GCSE and A-level exams were cancelled this year due to the coronavirus pandemic.

An alternate grading system had to be set up, which saw teachers submit estimated grades for moderation – although students were allowed to take their teacher-predicted grades if they were higher than their moderated marks after outcry and protests followed A-level results day.

Apologising for the disruption caused in the House of Commons in his first statement following the cancellation, Mr Williamson said his department was “determined” to see the next round of exams completed in 2021.

Mr Williamson told MPs: “We are determined that exams and assessments will go ahead next year, and we’re working with the sector to ensure that this is done as smoothly as possible.

“While none of this disruption is what we wanted for our students, I believe that they now have the certainty and reassurance they deserve and will be able to embark on the next exciting phase of their lives.

“I hope the whole house will join me in wishing all of them the very best for their future.”

Labour has already called for a delay to when GCSEs and A-levels would be sat next summer to give students more catch-up time before taking exams.

Shadow education secretary Kate Green said pupils entering year 11 and 13 who have lost up to six months of teaching time face “a mountain to climb” unless the timetable is changed.