England’s education secretary has defended the Covid-19 testing system for schools, saying they can now order tests from the NHS directly.

Gavin Williamson said schools were being prioritised, amid claims by head teachers of problems accessing tests.

He stressed pupils sent home due to a Covid-19 case at their school should only seek tests if they have symptoms.

Head teachers have written to the prime minister about their fears of further delays as virus cases rise.

In their letter, teaching unions also called for easier access to public health advice to deal with Coronavirus cases in schools.

The heads of the Association of School and College Leaders and the National Association of Head Teachers warned Boris Johnson of “a deep sense of foreboding” about further delays in the system and called on the government to step up.

Some schools in England had close their doors just after reopening, while others have told whole year groups or classes, which form “bubbles”, to self-isolate for two weeks following confirmed cases.

Mr Williamson told the education select committee direct access to the test-kit ordering system for schools came into effect on Wednesday morning, two weeks after the start of this term.

He told MPs: “We have always been conscious that, with children coming back into school, there was going to be a situation where people would need more access to testing.

“This was why we have ensured these deliveries of testing kits,” he said, and why “just this morning we have opened up the ordering system for schools”.

“The support that we are putting towards education – this is something quite unique – that schools can be able to pull that supply directly from the NHS.” 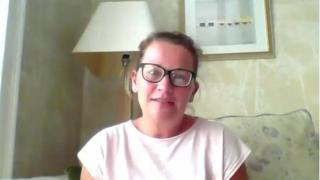 He had met Baroness Dido Harding, who runs NHS Test and Trace in England, to emphasize the importance and priority of schools and ensure testing is always available to them, he said.

He said only people with coronavirus symptoms should be tested, not the whole “cohort” who are sent home.

Robert Halfon, committee chairman, asked Mr Williamson if he could “guarantee” pupils and teachers who needed Covid-19 tests would be able to get them locally within 48 hours in the event of an outbreak.

Mr Williamson did not respond to that question but said schools were in a unique position to be able to have testing kits on site.

Each school and college was given 10 home-testing kits at the start of term and schools can order more kits online from today, the minister added.

A spokesman for the Northern Power House – an organisation seeking to boost industry and education in north of England – said problems were particularly difficult in parts of the north west with higher virus rates.

And these areas have have high levels of economic deprivation, she said.

“Poorer pupils already lag behind their classmates and they are falling further and further behind when schools close, as they are less likely to have access to at-home support or technology.

“These children have been effectively hit by a triple-whammy of long-term disadvantage, school closures and now testing chaos.

“With challenges getting testing already wreaking havoc on our education system, it is also the lack of consistency in direction from the Department for Education and public health authorities which is frustrating school leaders when faced with decisions on whether to send home whole ‘bubbles’ or not.

“Without urgent steps from the government to address these issues, it will be the most vulnerable children who will pay the highest price.”

General secretary of the NASUWT teaching union, Dr Patrick Roach, suggested the system was not working.

He said: “Areas where additional local restrictions have been introduced, due to the increase in the R (reproduction) number, are now unable to cope with demand for tests.

“Teachers, support staff and children and young people are unable to access tests where they have Covid-19 symptoms. Employers are struggling to deal with the implications and consequences.”

Local authorities across the country – including in the North West of England – are struggling to cope with demand, he added.

He highlighted the situation in Bury, where hundreds of pupils are self-isolating, and Salford, where the council has been inundated with requests for tests from schools.

Dr Roach said: “Schools appear to be seeking to do their utmost to carry on.

“However, we have reports that schools are unable to cope with a situation that is becoming increasingly out of control.”

Higher education in the UK is morally bankrupt. I’m taking my research millions and I’m off