Eleanor McDonald (not her real name) signed up to be a live-in warden in a student hall at St Andrews University because her PhD funding did not cover her rent and food. Meals and accommodation came with the job, but now so do abuse from drunken, unmasked students being told not to party, confrontations in narrow airless corridors, and students with serious mental health problems whom she has no idea how to help.

“We were told we would have minimal face-to-face contact with students,” she says. “That is not what has happened. We’ve been the only frontline Covid-19 policing force inside the halls of residence overnight.”

McDonald, who receives no salary for being an assistant warden, says she and other PhD students in her position face “massive amounts of abuse” from undergraduates upset about being told to stick to the rules. “I have felt so exposed,” she says. “I know these students are partying. Do I put myself at risk and stop it, or decide to ignore it and risk spreading the virus?” It’s a question young PhD students shouldn’t have to face, she says.

This is not the only high-stakes element of her role. As the pressure of self-isolation mounts, McDonald says she and her colleagues have been “running a mental health service in halls”, at times dealing with severe problems.

The pandemic is shining a light on the experiences of PhD students, who feel they are forgotten in-betweeners, neither staff nor students. Those lucky enough to secure government stipends or university scholarships for their research point out that with a typical monthly income of around £1,250, they are still surviving on less than the minimum wage. Many are juggling hourly-paid teaching jobs alongside demanding research deadlines to try to make ends meet. As Covid spreads across campuses, PhD students are often the ones expected to continue to teach classes face to face.

At St Andrews, postgraduate members of the Universities and Colleges Union said in a recent blog that in many departments, hourly-paid PhD students have done the majority of face-to-face teaching during the pandemic. “Postgraduate teaching staff are exploited because we are cheap, we need the money, and we need teaching experience. A school’s PhDs can cover dozens of tutorial groups for the same cost as a single lectureship,” the blog says.

Bryony Hockin, a chemistry PhD student at the University of Edinburgh, has been encouraged to take on face-to-face teaching roles there starting in January. Although Hockin is struggling to manage on a stipend from UK Research International, the researcher has turned down the offer as too dangerous. Hockin’s once-fit 23-year-old brother has long Covid and can “hardly get out of bed”.

“I have friends in similar situations to me who have had to say yes to face-to-face teaching as they need the money, but they are terrified. Coming back after Christmas there could be higher infection rates and it will be PhD students and lower-paid staff on the frontlines.”

Like many PhD students, Hockin takes on casual marking to help with living costs, but says even these jobs are now much more pressurised. “We are having a lot of students who are really struggling because they are locked down in halls. I’ve had students writing notes on their homework saying ‘I’m struggling, who can I talk to?’” 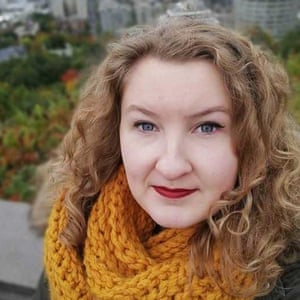 Hockin is part of a new collective, Pandemic Postgraduate Researchers, that is campaigning for more support. “We’ve heard from thousands of postgraduate researchers who all feel isolated and abandoned. It feels like universities regard undergraduates as their priority, because they are paying customers. But we are supposed to be the future of research.”

Hockin says that after “months of pleading and negotiating”, UK Research and Innovation has now provided a funded extension. But thousands of other research students who have faced similar disruption have been told they will get nothing.

UKRI, which is Britain’s biggest funder of PhDs, caused widespread dismay earlier this month when it announced that although some extensions would be available for final-year students, most would be expected to adapt their research to finish on time. It is widely expected that universities will follow suit and refuse extra funding to students whose research overruns. A University of Edinburgh spokesperson says: “Around a third of our PhD students are funded by UKRI. The current UKRI funding meets only around a quarter of the projected need and we continue to seek other funds to bolster this support. In addition, we have set up a ringfenced hardship fund.”

A chemistry PhD student at the University of Nottingham, who asked not to be named, says that after being locked out of her lab for four months, and now able to go in only four days a fortnight, she is months behind on her research. She is facing a year with no funding at all. “I’m a carer and the only person working in my house. This pitiful stipend is all I’ve got. We’re not machines, we are people with real commitments so we can’t just take on extra teaching and work on our thesis all night,” she says.

Another PhD student in her department says that young researchers are furious with UKRI, but feel that universities often forget to communicate with PhD students. “We are being screwed over because we aren’t really students and we aren’t regarded as staff. No one has even told us about what we are supposed to be doing at Christmas.”

Prof Dame Jessica Corner, pro vice-chancellor for research at the University of Nottingham, says the university is “within days” of finalising plans to extend support for PhD students and has “scaled up” its communication with PhD researchers. “We encourage any who feel overwhelmed to seek help.”

Rory Duncan, UKRI’s director for talent and skills, says the body has made £60m available to support PhD students disrupted by Covid, but accepts it is not enough to fund extensions for all projects. “Our decisions now impact not only on current R&D budgets, but they constrain our ability to fund new projects and support the research teams of the future.”

A spokesperson for St Andrews says assistant wardens have support from additional staff on upholding the “Covid code” in residences, including a rapid response team. “There are always three critical response members of university support staff on call to assist with any student welfare situation out of hours. This is in place 365 days of the year.” He says assistant wardens have been asked to report incidents of abuse, and if necessary the university will “review the student’s accommodation contract”.

The University and College Union confirmed this week that it intended to campaign for postgraduate researchers to be treated as members of staff, rather than as students.

Ruth Smith, who is in the third year of her PhD at Leeds University on the relationship between gender, agriculture and climate change in Tanzania, says: “The pandemic has opened my eyes to how badly PhD students are treated in the UK. In most European countries PhD researchers are treated as staff. They are much better paid and are entitled to support like sick pay. In the UK, we are relied on as staff members but not treated that way.”