Home » Education » TikTok and a shoulder to cry on: why pupils in Gloucestershire wish lockdown school would never end

“We call it ‘strange school’,” says Caitlin, 15, slightly raising her voice across the the open space of the school hall where the pupils are carefully observing physical distancing. “Literally everything here is different now.”

Since lockdown, Caitlin has been coming to school five days a week, as she is among those whose schooling is considered a priority. With three younger siblings at home, she has to take on “a lot of responsibility for helping out”. Even in normal times, school is a haven for her. Over the past seven weeks it has become even more than that: an oasis of calm.

Rednock secondary is a specialist science college in the small market town of Dursley, Gloucestershire. This is not the affluent north Cotswolds of honeyed stone cottages, and the school is a typical comprehensive. Usually 1,500 students troop through its gates every morning. Today, 42 pupils are in.

At the moment there is one teacher to four students, which means pupils such as Caitlin can be given unprecedented tailored pastoral and academic support, without the usual pressures of time. “I think without school right now I’d be an emotional mess,” Caitlin says with a nervous smile. “It’s my GCSEs and I’m worried – we’re missing a massive chunk of learning. But I’ve had a teacher to help me whenever I’ve wanted. It’s given me that extra confidence.”

Here at Rednock, pupils have been encouraged to try a huge range of new creative and practical activities: knitting, Zumba, TikTok, baking, kite-making and sign language.

The school has ripped up timetables in a way no state school could normally contemplate. “We’ve said, we will be completely flexible to your needs,” says Kerala Cole, assistant headteacher. “We work in partnership with parents to personalise the deal for the students. It can be that they come in for just a couple of hours. And I think we are seeing huge benefits to that.”

One boy who had refused to attend for eight months, has been coming in every day, thanks to this flexibility and the attention he can now be given. Another year 8 child, “who arrived midway through this year and has been struggling … he’s been attending for four weeks now and he’s really benefited”, says Cole. “You can just see how his shoulders have relaxed.”

The gap in GCSE results between children from disadvantaged backgrounds and the rest is thought to be around 19 months and, without changes in policy priorities, at the current rate it will take 50 years to close, according to the Education Policy Institute thinktank. 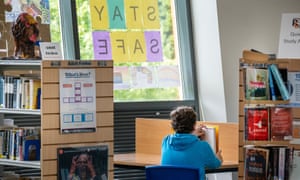 Many fear children will fall even further behind during the pandemic, one reason the government gives for wanting to reopen schools to more pupils by 1 June. Rednock was hoping some 240 pupils would attend during lockdown, but numbers have been lower than expected.

The corridors of the school’s spacious modern building are hushed. Children walk around alone, and don’t wear uniform. For many, “strange school” has huge advantages. “Before, I had quite a few classmates who were really annoying and distracting, but now this new way, it’s quieter,” says Edie, 13.

“Teachers are ever so supportive, and it’s calmer because there’s not tonnes of people crowding around,” adds Molly, 11.

“There’s less people who intimidate other people,” says Alfie, 12, whose parents, both nurses, have been at work during the crisis. “You can be yourself more rather than be the person other people think you should be.” His mum has had Covid-19, he says, and has recovered. 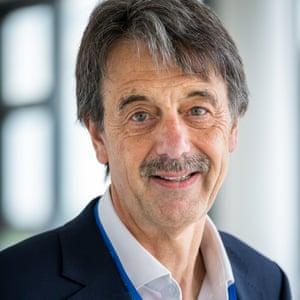 Everyone nods. “Before, people used to sometimes judge you,” says Samira, 11. “You can sometimes have fake friends who really bring you down. This has given you a little bit of a break.”

Because the school is being so careful about physical distancing, I meet students in the hall, with one child per desk. This small group either have key-worker parents, are under the care of a social worker, have an education, health and care plan (EHCP) for their special needs, or are otherwise defined as “high priority” by their teachers. They miss their friends but, to a child, say they feel immense relief from the pressures of “normal” school.

“The teachers have more time to spend with you, and you get the help you need,” says Maisie, 12, whose mother works in food manufacturing. Samira agrees. “Teachers feel more like family now.” There is enthusiastic nodding from her schoolmates.

The headteacher, David Alexander, and Cole, went through their entire roll to identify pupils they felt should have the opportunity to attend – those who were vulnerable, although not in the government’s stated categories.

When the Covid-19 crisis finally ends, schools must never return to normal

“We want as many to come in as possible,” Alexander says. As schools closed across the country, Rednock staff telephoned 280 families to make sure they knew their child had a place. “Some parents and carers are hesitant,” Alexander acknowledges. “And some prefer to have their children at home.” But efforts are unstinting to support the 160 or so students who, Cole says, “we would class as vulnerable, and who we’d prefer to be in school but aren’t”.

Cole feels anxious for the welfare of some children who haven’t been seen for the past seven weeks. She is in regular contact with their social workers and, in some cases, the police. Teachers continue to check in, ringing some children weekly, some daily.

In school, staff are sensitive to new needs. “Some here have really difficult home lives and they feel safer in school. And they feel worried about their parents who are at work. We’ve had tears, shouting, aggression,” says Cole.

“Or they go quiet, or go off on their own,” adds Alexander. “Or you get over-the-top laughter, or clinginess,” says Cole. 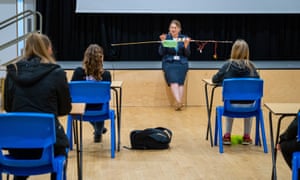 When all students do come back, Alexander and Cole are hoping there will be lessons they can use from lockdown. They know, too, that the return of the hurley burley will affect the more vulnerable children.

And the pupils have mixed feelings about normal school resuming. Samira hopes there might be smaller classes, but says: “I’m not excited about going back – all the madness and screaming in corridors.” Molly agrees.: “It’ll probably be more stressful. Everything crowded again.”

Caitlin is looking to the positives. “I’ve had the opportunity to reflect on who I want to be when I’m older,” she says. “I can be quite negative, and this time has given me a break. The extra support from school means that I know even when things get tough – because we’re in a pandemic and I’m getting through it – I can get through other things now.”

Alexander and Cole emphasise that even in normal times this school tries to create a family atmosphere. But to these children, a caring school has never felt as much of a reality as it does now. There is no testing or targets, no pressure to achieve academically. They feel adults are there for them. And despite the immense stresses and limitations of living in a time of pandemic, they are blossoming.

* All children’s names have been changed.