WASHINGTON — When Di’Zhon Chase’s teacher told her that she might be able to enroll in a Harvard University class, she was skeptical — and not just because the Ivy League school was more than 2,000 miles from her hometown, Gallup, N.M.

“Harvard isn’t part of the conversation — you don’t even hear that word in Gallup,” Ms. Chase said. “It isn’t something that adults expect out of us. I don’t think it’s because they don’t believe in us; it’s just so much is stacked against us.”

But in fall 2019, Ms. Chase joined a small group of students across the country in an experiment that sought to redefine what is possible for students who share her underprivileged background. Through an initiative started by a New York-based nonprofit, the National Education Equity Lab, hundreds of students are virtually rattling the gates of some of the nation’s most elite colleges by excelling in their credit-bearing courses before they leave high school.

The Equity Lab enrolled more than 300 11th and 12th graders from high-poverty high schools in 11 cities across the country in a Harvard course, “Poetry in America: The City From Whitman to Hip-Hop,” taught by a renowned professor, Elisa New. The high schoolers met the same rigorous standards of the course created for Harvard’s admitted students — they listened to lectures, took quizzes and completed essays, and they were graded by the same standards.

The goal of the pilot program was “reimagining and expanding the roles and responsibilities of universities,” and encouraging them to pursue star students from underprivileged backgrounds “with the same enthusiasm and success with which they identify top athletes,” said Leslie Cornfeld, the Equity Lab’s founder and chief executive.

For decades, programs such as QuestBridge have tried to connect promising underprivileged students to elite higher education, with some success, but the Equity Lab effort is less about matchmaking than challenging students academically, giving them confidence and preparing them for the rigors of competitive colleges.

The early results, Ms. Cornfeld said, are clear: “Our nation’s talent is evenly distributed; opportunity is not.”

In a sense, the experiment is calling out the higher-education elite, who have long maintained that the underrepresentation of students from underserved communities at their institutions is a problem of preparation that is beyond their control.

“All of these schools talk this game, ‘We want diversity, but we can’t find these kids,’ and this proves they can build a pipeline,” said Robert Balfanz, a research professor at the Center for the Social Organization of Schools at Johns Hopkins University’s School of Education.

Of the students who completed the course in fall 2019 — 92 percent of whom were students of color, 84 percent of whom qualified for free lunch — 89 percent passed, earning four credits from Harvard Extension School that are widely accepted by other colleges. To date, 86 percent of such students have passed courses and earned credits offered by an ever-expanding consortium in the experiment, which now includes Yale, Cornell, Howard and Arizona State as well as the University of Connecticut. 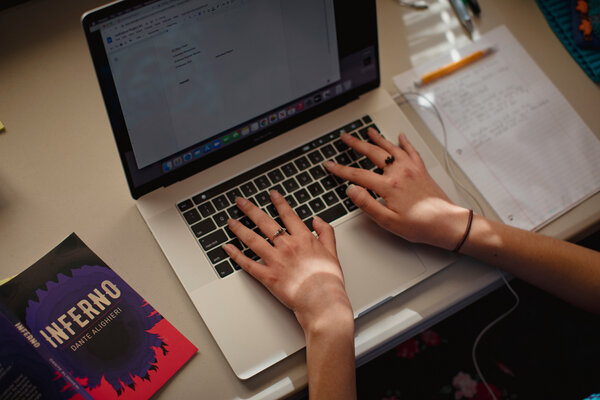 The experiment has given the high-profile gatekeepers of opportunity a gut check.

“We can’t realize equity in higher education unless we expand opportunities upstream, at the K-12 level,” Martha E. Pollack, the president of Cornell University, said in a statement.

Jeremiah Quinlan, the dean of undergraduate admissions at Yale University, said the partnership would add a new set of academic measurements — college course grades and the recommendations of teaching fellows — beyond grade point averages, application essays and standardized test scores.

“We have not traditionally taken students from certain communities and certain high schools,” Mr. Quinlan said, “and that’s generations of work that we need to overcome.”

This semester, the Equity Lab has grown to serve about 1,500 students from 75 of the nation’s poorest schools in 35 cities. Several school districts and universities are vying to join the consortium, which has a goal of expanding to serve 10,000 students by 2022.

Ms. Chase, 19, was among the 63 percent of students in the pilot program who completed the Harvard course with an A or B. She had been planning to follow other graduates of her high school, which predominantly serves students from the Navajo Nation, to a state college.

Instead, she is a freshman at Columbia University.

“I had the dreams, the aspirations, but there was no, ‘I can really do that — go to these places where all these people do so many amazing things,’” Ms. Chase said. 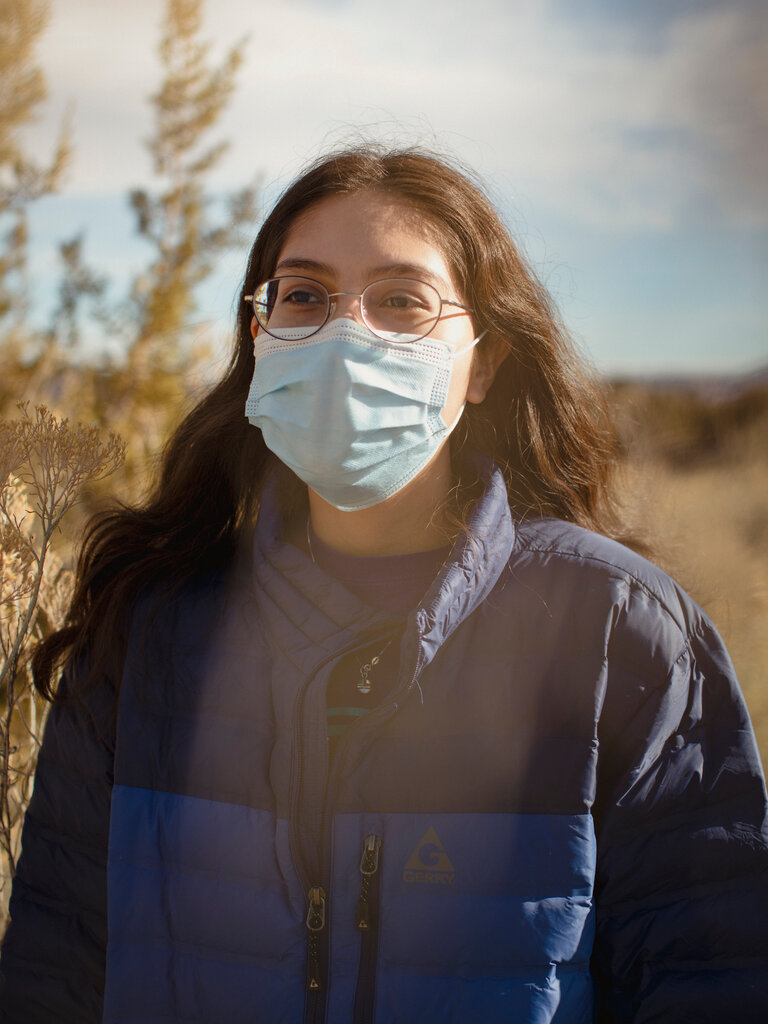 “I see college as hope for my people, and for my community.”

The Equity Lab program differs from college-credit-bearing study programs available to many high school students because the effort is not limited by geography or handpicked access. An analysis of the most recent federal civil rights data by the Community College Research Center, part of Columbia University’s Teachers College, shows white students enroll in traditional dual-enrollment courses at twice the rate of Black students. And Black and Native American students had the lowest participation rates in Advanced Placement courses, the most widely used proxy for college readiness.

While the classes are free for students, they cost educators $250 a head — though some courses, like Harvard’s, could cost as much as $1,800 for the semester — and school districts are either footing the bill or using a combination of state, local and philanthropic funds.

The model also includes a web of academic support, including college advisers, mentors and high school teachers who help teach the material.

The 15 percent of students who were not successful were as important to the model’s development as the ones who succeeded, said Ms. Cornfeld, a former federal civil rights prosecutor and an adviser in the Obama administration. Of the 343 who started, 23 students dropped the pilot course and 43 students were counseled to withdraw. Those students indicated the experience taught them the rigors of time management with difficult course loads.

Mr. Balfanz said the consortium was leveraging only what had been at colleges’ fingertips all along: talent and technology.

“They put a lot of powerful pieces together, projected them to the most remote four corners of America, and it works,” he said. “We should be ashamed of ourselves that this is not available to everybody, that’s it’s some exotic idea.”

Robert Runcie, the superintendent of Broward County Public Schools in South Florida, had been lobbying for two years to join the Equity Lab and bring a Yale course, “Psychology and the Good Life,” to his students. The district, which is still reeling from the Parkland high school shooting in 2018, joined the consortium this year, enrolling 240 students in six of its low-income high schools who began taking the course this month.

Laurie Santos, a Yale professor of psychology who teaches the well-being class, said it was inspired by the depression and anxiety she saw on campus. She recognizes herself in the high schoolers in her class: She too had to adjust from a large, public high school to Harvard.

“I know what it’s like to be at a place where you feel like you don’t belong,” Dr. Santos said.

Donovan Blount, 17, of Far Rockaway, Queens, in New York, always had college aspirations. But his mother had dropped out of college, and his father had never graduated from high school.

“I knew I was smart,” he said, “but I was never told where it would take me.”

He started high school at a technology-focused school in Brooklyn, but transportation was a challenge. Back at his local high school, he would finish his work for the only available computer science course so early that he would get extra credit helping other students. He took Advanced Placement courses through high school, including calculus. 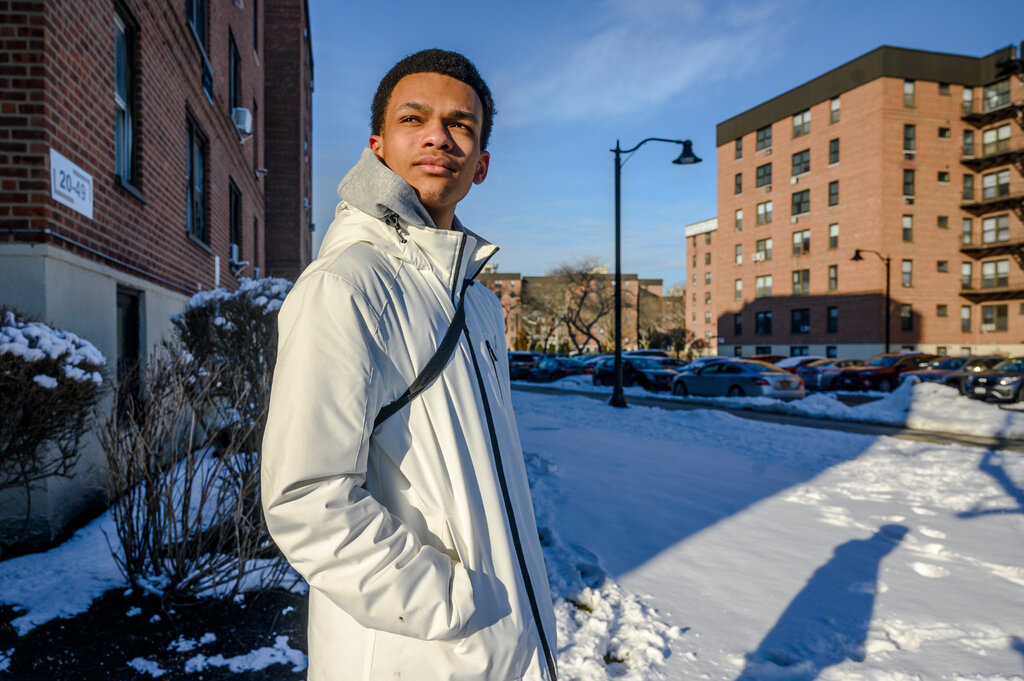 “I knew I was smart, but I was never told where it would take me.”

But the one measure available to test his college readiness — his A.P. tests — deflated him. “When I got back my 2s,” he recalled, “I was like, ‘OK, maybe I don’t have the college ability I thought I had.’”

He took the Arizona State University class “Introduction to Engineering” through the Equity Lab — and ranked No. 1 out of the 50 in the course.

Mr. Blount went on to the Harvard poetry course and is currently enrolled in his second Cornell course, “Big Data for Big Policy Problems.” He also added a few more colleges to his application list — Cornell, Duke, Columbia and Howard — which had previously been dominated by State University of New York schools.

“I now see college as fighting against a set of circumstances that were created to keep me where I am,” he said.

Jose Estevez, 17, of Buffalo, finished the “Poetry in America” course last semester with an 85, after failing his final exam.

But the affirmation of its professor still sticks with him. In December, at a closing ceremony for the course, Dr. New told the group, “Credit is such valuable currency, and you worked so hard to get it during the most challenging year any of us can remember having ever experienced.”

She added, “The most important preparation for college, I think, may not be the A.P. courses, the books you read, but really the challenges that you met with resiliency.” 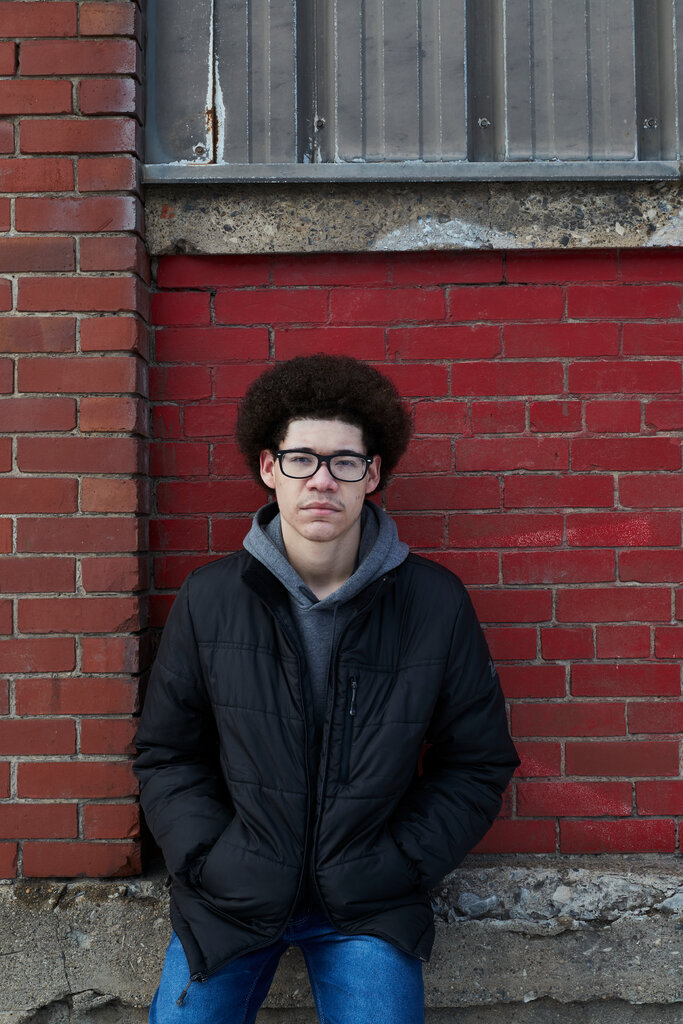 “What I went through in life, I don’t want my future family to go through.”

“She’s the Harvard professor,” Mr. Estevez said after the ceremony, “talking to us and telling us congratulations. She’s right there on the screen telling us that we did it. It’s insane.”

Mr. Estevez was admitted to the Equity Lab largely based on the challenges he had overcome — growing up in public housing with his mother and trying to fill the shoes of his father, a handyman, who died of diabetes while trying to obtain a G.E.D.

“They really brought this idea that people on college campuses — they just aren’t dreaming anymore,” she said.

“People thought it was going to be more work for us, but I thought I was going to have to get on my game,” Dr. Muhammad said. “They were going to challenge me, question me, and they’re close to it, so I can’t be coming in with all that theory.” 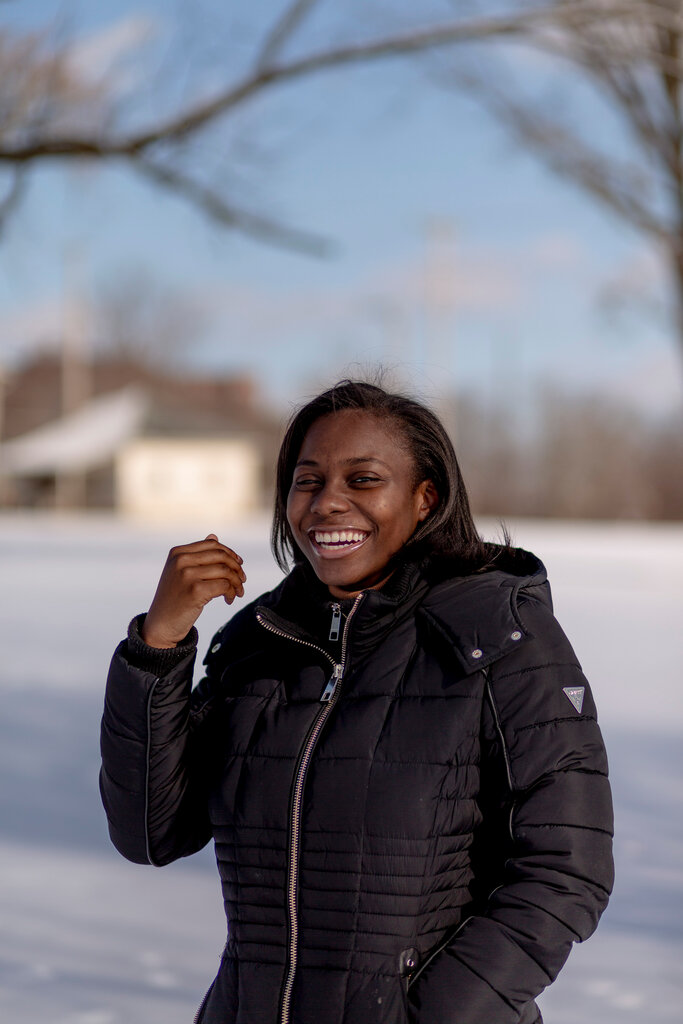 “I’ve had teachers tell me that I wouldn’t be anything, that I was just a stereotype.”

Among the students enrolled is Latisha Jones, 17, of Flint, Mich., who knows the topic intimately: She lived through the city’s lead water crisis.

“The fact that I can do this, a girl from Flint, the place with the dirty water, it really makes me feel empowered,” she said.

Ms. Jones, whose dream schools include Howard, was the only student in her school who opted to take the course this semester. She said that reflected the expectations of her and her peers.

“I’ve had teachers tell me that I wouldn’t be anything, that I was just a stereotype,” she said. “I know everyone isn’t as strong enough to believe that they’re better than that. If I can do this, I can pave the way for my community.”