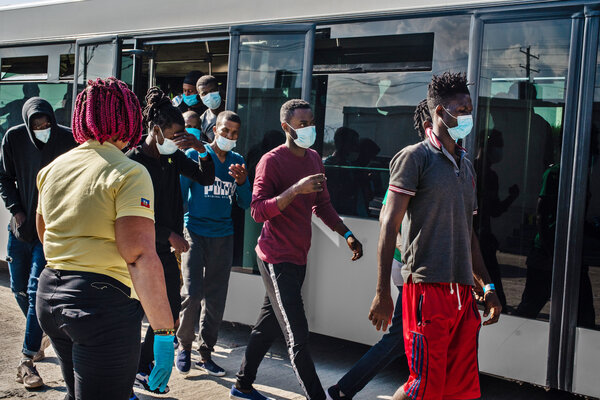 A senior American diplomat who oversees Haiti policy has resigned, two U.S. officials said, submitting a letter to the State Department that excoriated the Biden administration’s “inhumane, counterproductive decision” to send Haitian migrants back to a country that has been wracked this summer by a deadly earthquake and political turmoil.

The diplomat, Daniel Foote, was appointed special envoy to Haiti in July, just weeks after President Jovenel Moïse was shot in his bedroom during a nighttime raid on his residence. Mr. Foote, a former ambassador to Zambia and acting assistant secretary for international narcotics and law enforcement affairs, did not respond to messages for comment on Thursday morning.

In his stinging resignation letter, dated Wednesday, Mr. Foote criticized the Biden administration for deporting some of the thousands of the Haitian migrants who had traveled to the Texas border from Mexico and Central America in recent days.

“I will not be associated with the United States’ inhumane, counterproductive decision to deport thousands of Haitian refugees and illegal immigrants to Haiti, a country where American officials are confined to secure compounds because of the danger posed by armed gangs in control of daily life,” Mr. Foote wrote in the letter, which was first reported by PBS NewsHour. Its authenticity was confirmed by a senior State Department official and a congressional official.

Mr. Foote also blasted a “cycle of international political interventions in Haiti” that “has consistently produced catastrophic results,” and he warned that the number of migrants to American borders “will only grow as we add to Haiti’s unacceptable misery.”