Home » Politics » A vaccinated aide to Pelosi tests positive after being in contact with Texas Democrats, some of whom also tested positive. 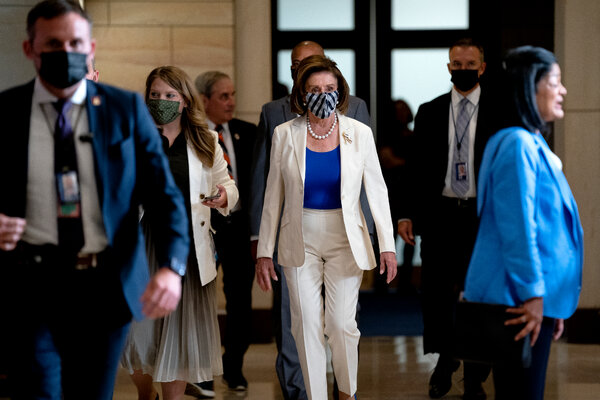 By Luke Broadwater and Nicholas Fandos

Drew Hammill, a spokesman for Ms. Pelosi, said on Tuesday that a member of her staff, a senior spokesperson who had been “fully vaccinated,” had tested positive on Monday. He said the aide had had no contact with the speaker since being exposed to the virus.

At a news conference on Tuesday, Jen Psaki, the White House press secretary, said a fully vaccinated White House official had also tested positive for the virus “off campus,” was experiencing “mild symptoms,” and remained away from the complex awaiting a test to confirm the diagnosis.

She would not divulge whether the aide had been with the Texas lawmakers, all of whom say they were fully vaccinated as well, who made a high-profile trip to Washington in an effort to block the adoption of a restrictive election law. Axios reported that both the Pelosi aide and the White House aide had had contact with the Texans.

“We know that there will be breakthrough cases,” Ms. Psaki said, adding that there had been previous cases at the White House that had not been disclosed. “This is another reminder of the efficacy of the Covid-19 vaccines against severe illness or hospitalizations.”