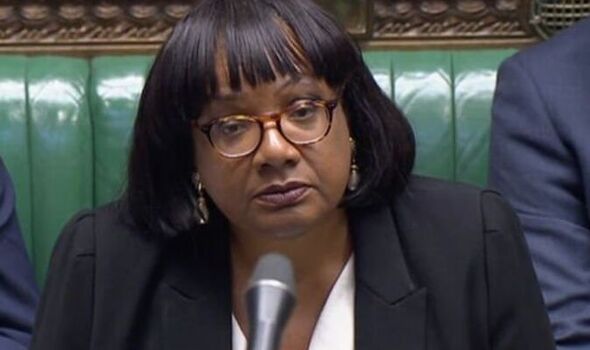 The Prime Minister told Sir Keir Starmer to take action after backbenchers including Diane Abbott and John McDonnell claimed the Western defence alliance was culpable for tensions in Eastern Europe.

Members of the Stop the War Coalition say Nato expansion into the region has incensed President Vladimir Putin.

The claims echo remarks from Moscow, with Russia saying it is has been forced to line tens of thousands of its troops on its border to Ukraine because of Western military build-up.

Speaking in the Commons, the Prime Minister said Sir Keir should remove the Labour whip from those MPs parroting the Kremlin.

He said: “Something that would be strong, Mr Speaker, would be to take the whip away from the 14 members of the Labour Party who say that the aggressor in Ukraine is Nato.

“That would be a strong thing to do.”

Earlier Mr Johnson had praised the Opposition leader for “broadly” backing him in his response to Russia’s actions.

“What is at stake, be in absolutely no doubt, is not just the democracy of Ukraine but the principle of democracy around the world,” he said.

“That is why the unity of this House is so important today, and it is absolutely vital that the United Kingdom stands together against aggression in Ukraine.”