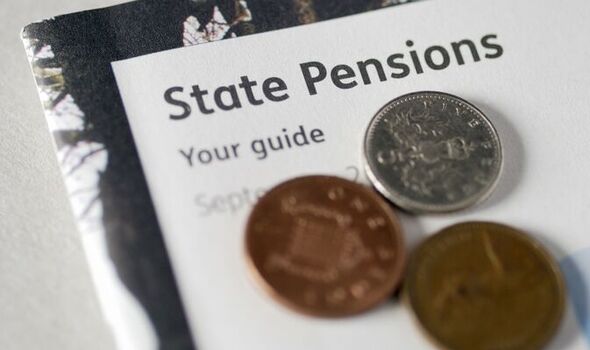 Silver Voices, a pressure group representing people over 60, warned a guaranteed level of payment is urgently needed to sweep away “inequalities” in the current system. The plea follows research released by the group last week showing only one in 20 people eligible for the state pension receives the full £185 weekly top rate.

Meanwhile, millions of retired women receive less than £140, it was said.

Dennis Reed, the director of Silver Voices, said: “We are calling on all political parties to remove the inequalities and dysfunctionality of the current pension system by supporting our call for a minimum pension guarantee of £200 for everyone who reaches state pension age.

“This would be a big step towards eliminating the scourge of pension poverty from our society. Nobody who is retired should have to depend on benefits to eke out a dignified existence in their remaining years.

“Percentage pension increases have little relevance when the base cash value is so low.

“A radical overhaul of the state pension system is long overdue and the cost-of-living crisis has brought the issue to a head.”

Around 200 Silver Voices members responded to a proposal for a national “minimum pension guarantee” of £200.Around 95 per cent of the respondents backed the demand.

The campaign group wants the Government to introduce a guarantee of £200 per week irrespective of age, marital status, gender and contribution record.

Official figures obtained by Silver Voices showed around 87 per cent of people receiving the state pension are still on the old rate of £141.85 a week or less. The new rate applies only to those who reached the state pension age after April 5, 2016.

According to the group’s analysis, only 740,000 out of the 12.4 million state pensioners received the new full rate. Silver Voices believes 3.7 million older people, the overwhelming majority of them women, receive less than £141.85

The group says introducing a minimum pension guarantee would render the discrimination between old and new rates obsolete.

It also argues the move would eliminate the need for Pension Credit, which many pensioners fail to claim even though they are entitled to the benefit.

A Silver Voices spokesman said: “It is untenable that after contributing to society and the economy there should be such reliance on the benefits system to ensure that older people can afford the essentials of life.” A Department for Work and Pensions spokesman said: “The Government is committed to ensuring that pensioners are able to live with the dignity and respect they deserve, and the state pension is the foundation of state support for older people.”