Democrats pressed Judge Amy Coney Barrett more with the election in mind than out of any hope of derailing her rise to the Supreme Court. 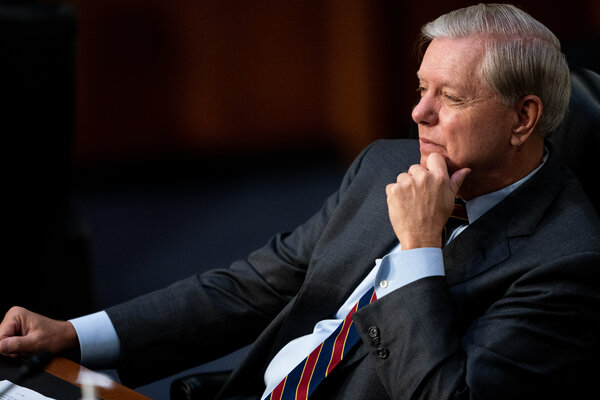 WASHINGTON — The outcome of the Senate struggle over President Trump’s high court nominee was evident from the moment Senator Lindsey Graham convened the proceedings by announcing that “the hearing to confirm Judge Amy Barrett to the Supreme Court will now begin.”

He could have said, as is more customary, that the Judiciary Committee hearing to consider her nomination was starting. But Mr. Graham was more truthful in saying what he did. Judge Barrett’s confirmation has always been the virtually certain result of the hearing and the coming Senate vote just days before Election Day, and that was more apparent than ever on Tuesday as senators questioned her.

With the hearing taking place closer to an election than any other Supreme Court confirmation — and with the Senate Republican majority at real risk — the proceeding was imbued with electoral politics perhaps to a greater degree than any previous one. Most times, it appeared to be less about Judge Barrett than about the differences between the two parties as they headed to Nov. 3 with Democrats and Republicans dueling over their competing ideologies.

After spending four years gleefully muscling more than 200 conservative judges through the Senate, Republicans were not about to be deterred from cementing a 6-to-3 conservative majority on the Supreme Court for years to come by either the calendar, pandemic health risks, cries of hypocrisy or the prospect of losing their majority — and certainly not by Democrats.

“I think I know how the vote is going to come out,” said Mr. Graham, the South Carolina Republican whose own long congressional career is on the line in an election to be conducted exactly three weeks from Tuesday.

Everyone else figured they knew the vote count as well, despite the theater of one of the Senate’s grandest set pieces, a full-blown Supreme Court confirmation proceeding. But with the court increasingly an arbiter of the nation’s divisive political disputes, the hearings have become highly choreographed affairs, with the party out of power at the White House trying in vain to nail down nominees of the president’s party on what they will do on certain hot-button cases of abortion rights, health care, the Second Amendment, gay rights and more.

This one was no exception. Democrats unsuccessfully pressed Judge Barrett on where she would come down on those issues and she respectfully demurred, as nominees beginning with Ruth Bader Ginsburg in 1993 have done, saying that giving any hint of her views would violate judicial canons, demonstrate bias and in effect just make her another Washington talking head. She would have to weigh the issues, she said, and put them through the judicial wringer before deciding.

“If I give off-the-cuff answers, I would basically be a legal pundit,” Judge Barrett said. “And I don’t think we want judges to be legal pundits.” 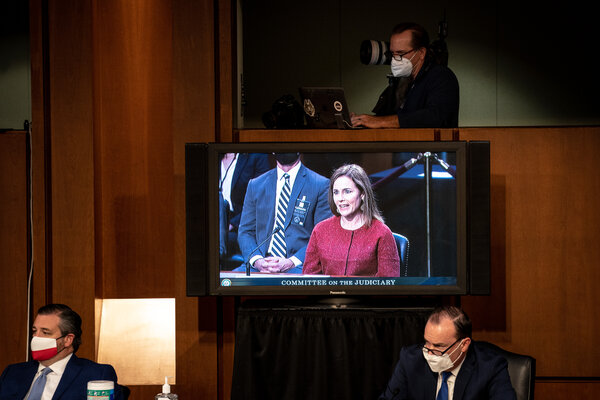 As a result, the best Democrats could do was raise the possibility of Judge Barrett posing a serious threat to access to abortion, gay marriage and gun restrictions but most important health care by overturning the Affordable Care Act. Health care was a winning issue for the party in 2018, and Democrats hope it is again this year. And that seemed to be the point.

Mr. Graham, evidently worried that Democrats had scored too many political points on health care on Monday, opened Tuesday’s hearing with a defense of his party’s position on how best to provide health care — not usually the substance of confirmation hearings — that could have doubled as a campaign speech in his home state, where he is facing a tougher-than-expected challenge.