Among the 21 appointees is Elizabeth Cameron, who will be the council’s senior director for global health security and biodefense, a job she held in the Obama White House and briefly under Mr. Trump. John R. Bolton, President Trump’s then-national security adviser, eliminated the office in May 2018. Ms. Cameron has argued publicly that the move “contributed to the federal government’s sluggish domestic response” to the pandemic, and Mr. Biden vowed as a candidate to restore the office.

Mr. Biden also officially announced that his deputy national security adviser would be Jon Finer, a former chief of staff to Secretary of State John Kerry, whose impending appointment The New York Times reported this week. Mr. Finer and several other appointees are Obama administration veterans, continuing the trend of officials who have served with Mr. Biden returning to government.

Other appointees include Brett McGurk, President Barack Obama’s former envoy to the coalition against the Islamic State, who will be the National Security Council’s coordinator for the Middle East and North Africa. The council’s senior director for Russia and Central Asia, charged with managing Mr. Biden’s complex approach to the Kremlin, will be Andrea Kendall-Taylor, a former intelligence officer and Central Intelligence Agency analyst. 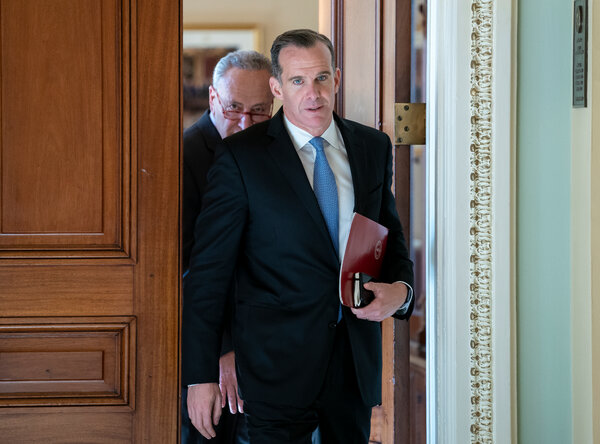 Shanthi Kalathil, a senior director at the National Endowment for Democracy, will be coordinator for democracy and human rights, causes on which Mr. Biden has pledged to renew focus.

In a notable act of outreach to progressives eager to see their perspective represented amid Mr. Biden’s largely centrist team, he will name Sasha Baker, the top foreign policy adviser to Senator Elizabeth Warren of Massachusetts, as the council’s senior director for strategic planning.

The National Security Council is the White House body, with a staff that typically ranges from 100-150, that coordinates the federal government’s national security and foreign policy plans and actions. Mr. Biden has named Jake Sullivan, a former senior vice presidential aide in the Obama White House, as national security adviser.

EU plots to punish City of London for Brexit as Brussels spooked by Sunak’s ‘Big Bang 2.0′