The Labour leader was confronted on the rebellion led by Jeremy Corbyn over a controversial new bill that would allow undercover agents to legally commit crimes. Sir Keir Starmer was asked: “It’s not just the PM facing backbench rebellions, you had one yourself in the form of 20 Labour MPs refusing to side with the Government on the security bill. Are you losing control of your party?”

Sir Keir denied the accusation, adding: “No, there are obviously strong views on this particular bill.

“It is important that the powers that are exercised are there in a statute.

“Obviously we want to see the bill strengthened and we will be focusing on that.

“But we do need that bill to put those powers on a statutory footing.” 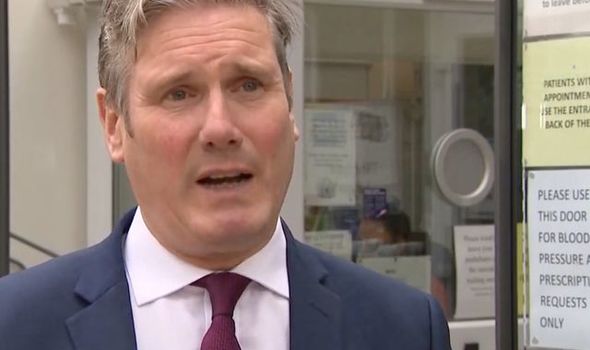 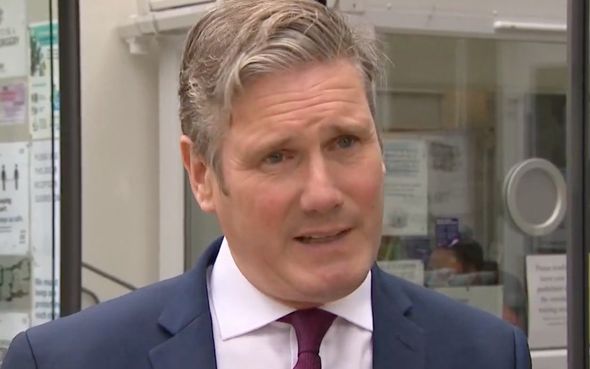 The Covert Human Intelligence Sources Criminal Conduct Bill was put before MPs on Monday, though it will have to return for further stages on October 15.

Sir Keir had ordered his party via a whip to abstain from voting while the party pushed for amendments to be made.

However, around 20 MPs are reported to have defied this order and instead voted against the bill.

“It could enable unnecessary and unlawful interference with the legitimate activities of trade unions, environmentalists, anti-racists & other campaigners.

“We must always stand up for human rights.”

Diane Abbott was one of the MPs who rebelled alongside Mr Corbyn.

She said after the vote: “Pleased to have voted against the government’s #spycops bill. Abstention would have been wrong.

“Labour Party has to stick to its values. Can’t be neutral on undercover policing abuses.”

The bill was ultimately backed in this latest stage, however. Proponents say it will give “sound legal footing” for undercover agents.

Several MPs raised concerns over the scope of the Bill and the Government’s unwillingness to specify a list of the limits in the legislation, which aims to protect undercover operatives from prosecution if they are forced to break the law on operations.

The Bill also seeks to define circumstances in which operatives can commit crime, replacing various pieces of overlapping legislation.

It will cover 13 law enforcement and government agencies, including the police, the National Crime Agency, the armed forces and the prison service.

Speaking in the Commons, Mr Brokenshire said covert human intelligence sources (CHIS) will “never be given unlimited authority to commit any or all crime”.