WASHINGTON (Reuters) – After being accused by Democrats of being a chaotic and dishonest leader, President Donald Trump retaliated on Friday and said Democrats, not he, would bring chaos to the United States if Joe Biden wins the White House in November. 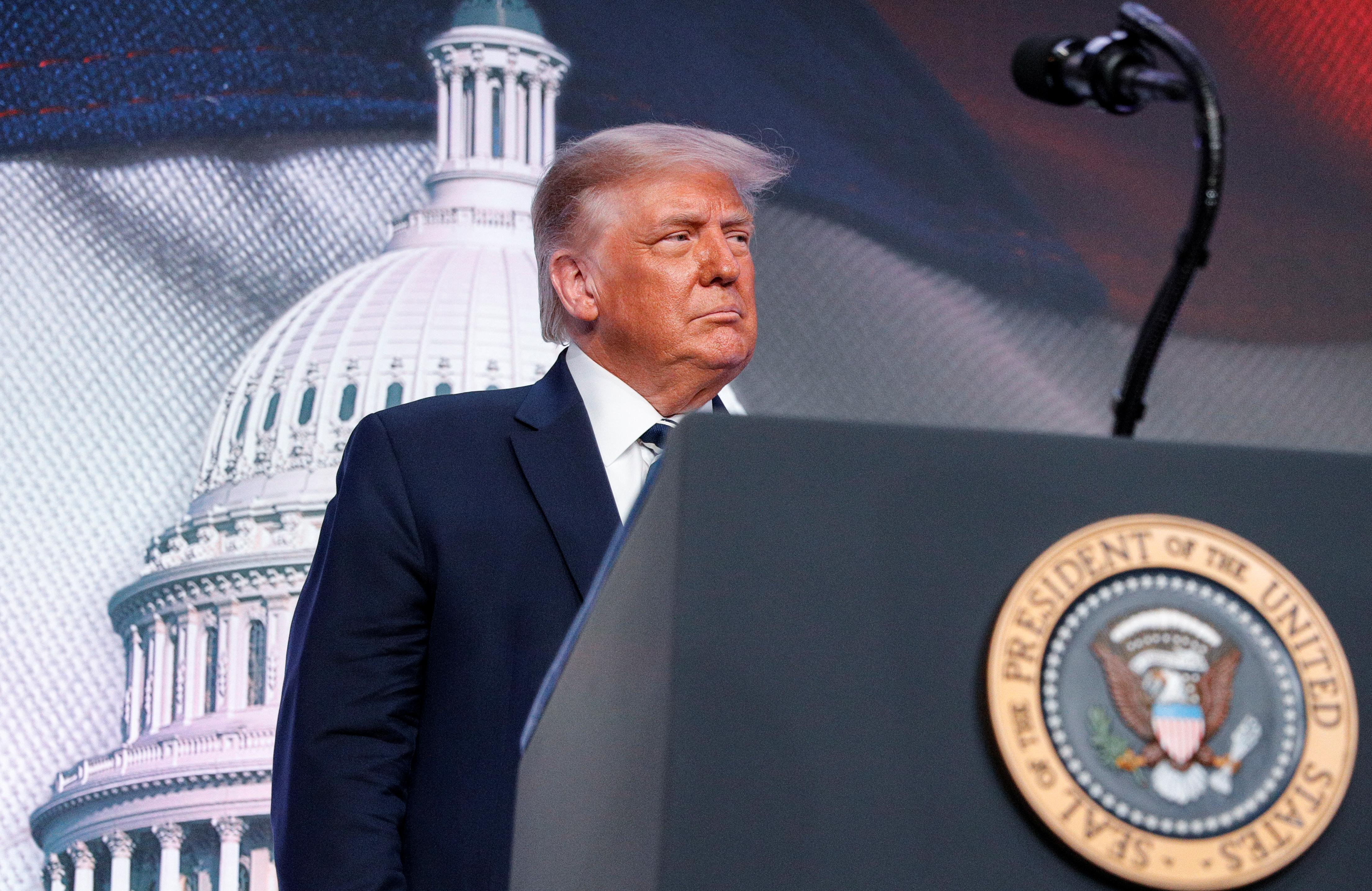 “If our opponents prevail no one will be safe in our country,” Trump told conservative activists in his first speech since the Democratic National Convention ended late on Thursday.

“I’m the only thing standing between the American dream and total anarchy, madness and chaos,” Trump said.

In a preview of what Republicans will argue at their own convention next week, Trump hammered away at the law and order theme he has embraced in response to anti-racism and police brutality protests in U.S. cities including Portland, Oregon.

He said police had been weakened in “Democrat-run” cities and cited a spike in murders in Chicago, Minneapolis, New York and Philadelphia. He urged Americans to turn back “radical left socialists and Marxists.”

He called protesters in Portland “crazy.”

“So the future of our country and indeed our civilization is at stake on Nov. 3,” he said in the speech in Arlington, Virginia, to the 2020 Council for National Policy.

Biden and his running mate, U.S. Senator Kamala Harris, accepted their party’s nomination at the four-day Democratic convention where speaker after speaker characterized Trump’s four years in office as chaotic.

The convention, held virtually because of the coronavirus pandemic, showcased scathing criticism of Trump’s character and the more than 170,000 people who have died from the outbreak under his watch.

Biden opened his acceptance speech on Thursday night by saying, “The current president has cloaked America in darkness for much too long. Too much anger. Too much fear. Too much division.”

Democrats sought to present a diverse, united front with the integrity and faith they said Trump lacks.

In his speech, Trump called it “the darkest and angriest and gloomiest convention in American history.”

Vice President Mike Pence, who gave a round of television interviews on Friday morning, outlined what he said would be the thrust of their four-day convention starting on Monday, appropriating a line from Biden’s speech that character, decency, science and democracy “are all on the ballot.”

Pence deflected the criticism over the coronavirus response.

“We lost 22 million jobs in the course of this coronavirus pandemic. But because of the solid foundation that President Trump poured of less taxes, less regulation, more American energy, more free and fair trade, we’ve seen 9 million Americans already go back to work,” Pence told CBS “This Morning.”

Biden’s vice presidential selection of Harris confirmed that the Democratic Party had been taken over by “the radical left,” Pence told Fox Business Network, describing her as a “California liberal.” 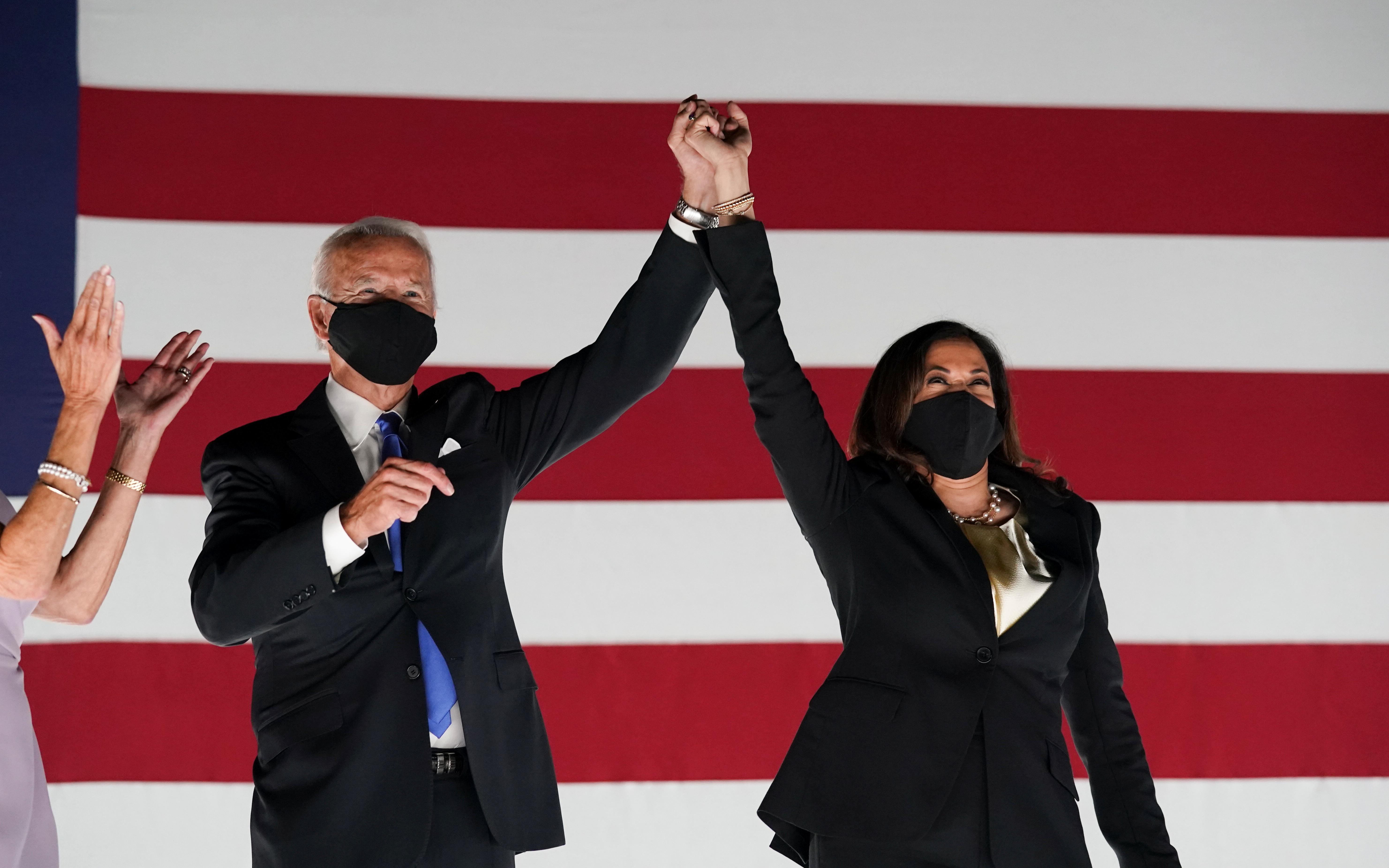 Biden’s long tenure in politics, as a U.S. senator and two terms as President Barack Obama’s vice president, will count against him, Pence said.

“Joe Biden has been in Washington for 47 years and the speech he gave last night was just more of the same talk that we’ve heard from him and other liberal Democrat politicians for the decades,” he said.

Trump echoed the critique in a campaign video on Twitter, saying: “After 47 years of failure, we’ve had more than enough.”