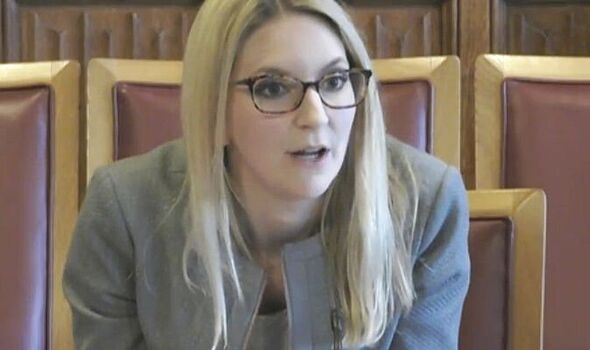 Julia Lopez said the Government was “genuinely open-minded” about future funding for the national broadcaster.

She said Nadine Dorries would consider renewing the licence fee if it was found to be the best model for the BBC.

The Culture Secretary had claimed in January that the current licence fee settlement “would be the last” for the corporation and that a new way of raising money would need to be considered going forwards.

Ms Dorries said: “The days of the elderly being threatened with prison sentences and bailiffs knocking on doors are over.

Her remarks delighted campaigners who have for years argued the licence fee is a regressive and out of date way to fund the BBC.

But in remarks that appeared to backtrack on the pledge, Ms Lopez this afternoon opened the door to the licence fee remaining for years to come.

Giving evidence to the House of Lords communications and digital committee, she said: “The Government is genuinely open-minded about the right model and we are seeking for somebody to surface the choices open to any Government about the right way of funding the BBC, and we are doing that in advancement of 2027 so that when we look at what we seek the BBC to achieve post-2027 that we have a sense of how the best way of funding that will be.”

She told peers “any model has to seek to try and overcome some of the shortcomings of the existing model” before suggesting that the status quo would remain if no solution could be found.

An independent review is set to be launched later this year assessing the best way to fund the BBC.

The minister added Ms Dorries may choose to stick with the current system “if the review comes back and suggests that these are the pros and cons of other models, and on balance the licence fee is better”.

Households must currently hand over £159 a year to watch BBC services.

Non-payment of the licence fee is a criminal offence with those who fail to cough up the money threatened with a court hearing and substantial fines.

The Royal Charter that sets out the broadcaster’s obligations guarantees funding via the licence fee until at least 2027.

Discussions on changes to the BBC’s operating remit beyond that date take place in the next five years.