Home » Politics » Biden vs. Trump on COVID: A ‘dark winter’ ahead or ’rounding the turn’?

One day after holding their final debate of the 2020 presidential campaign, Joe Biden and Donald Trump continued to portray the future course of the coronavirus pandemic in starkly different terms.

In a speech delivered in Wilmington, Del., Biden said Trump has refused “to take responsibility for the crisis that should have been met with real presidential leadership.”

Hours later, at a mass outdoor rally at the Villages retirement community in Florida, where a majority of attendees did not wear face coverings as the president spoke, Trump mocked Biden for keeping the pandemic as the main focus of his campaign.

While Trump insisted the worst of the pandemic is in the past, Biden returned to his gloomy assessment from the night before.

“This is dark winter ahead,” Biden said. “Already more than 220,000 people in the United States of America have lost their lives to this virus, 220,000 empty chairs at the dinner tables all across this country. My heart goes out to every single person who has had to endure the agony of saying goodbye to someone they loved and adored over a video chat, who couldn’t gather their close friends, even their family, to grieve together at a funeral mass or a funeral service.” 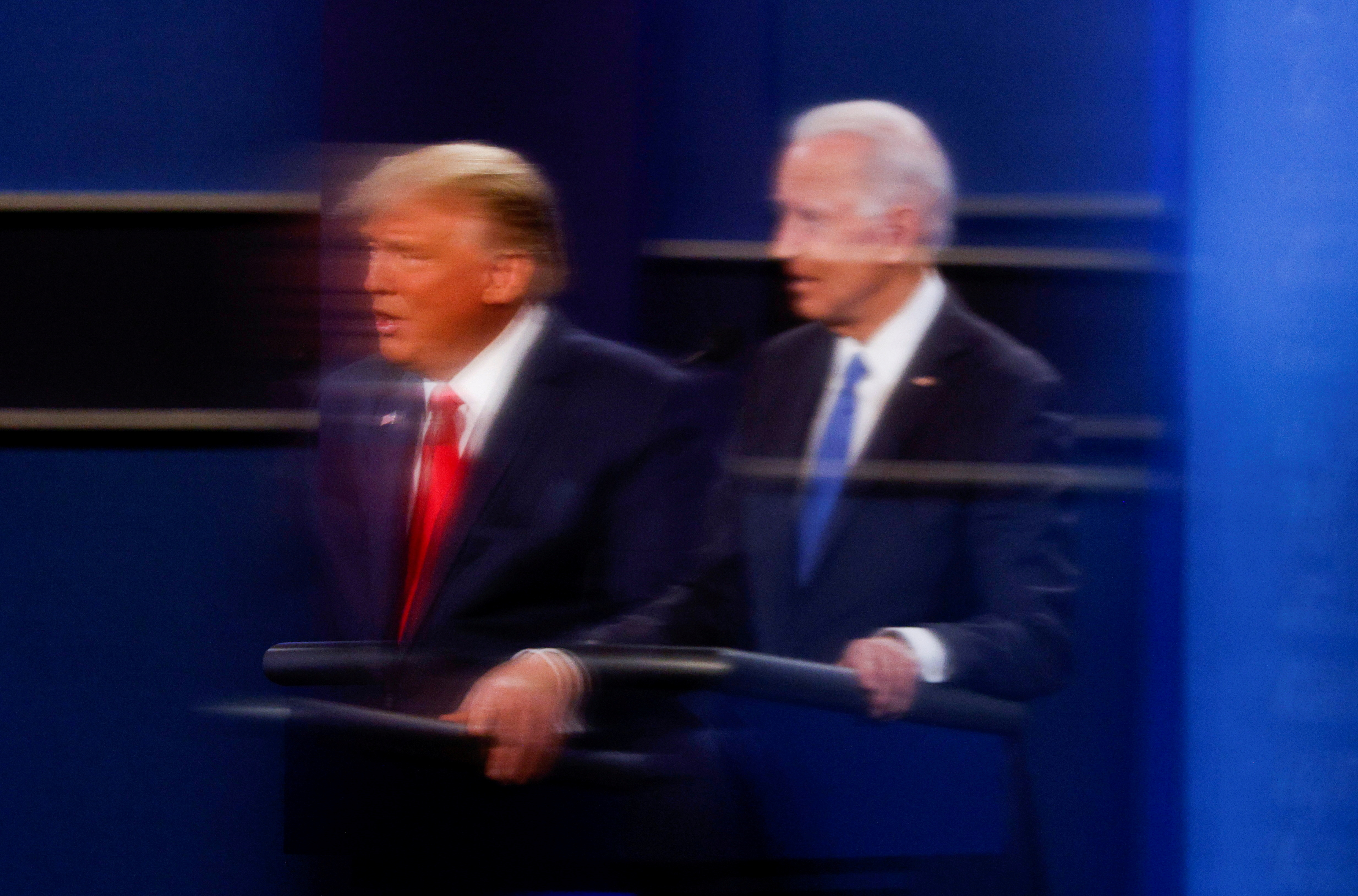 Since February more than 8.4 million Americans have tested positive for the coronavirus, far more than in any other nation, and the number of new cases hit a new record high of more than 83,010 on Friday. Trump again tried to portray that figure as a consequence of the number of tests performed in the U.S. That assertion is disputed by health experts and statisticians, who say the relevant statistic is the percentage of tests coming back as positive for exposure to coronavirus, which has fluctuated over the months but in recent weeks has climbed back over 5 percent, signifying a worsening spread.

“If you watch CNN and MSDNC, the networks, it’s all they talk about. They focus on case numbers. You know case numbers? You know why we have so many case numbers? Because we do more testing than any country in the world times five, 10, 20,” Trump said. “You have many countries that don’t do any testing, so they don’t have any cases.”

Biden accused Trump of “going on the offensive for the virus, holding rallies with no masks, no social distancing, where people contracted the virus.” He said the president endangered “more peoples’ lives by telling the public, ‘Don’t worry, don’t worry about the disease. Don’t let it dominate you.’”

The former vice president recounted the story of a Trump supporter who contracted COVID-19 and died from it.

At his rally, the president held up his own recovery, after a three-day hospitalization, to downplay the seriousness of the virus.

“I got it and here we are, worked out good,” Trump said. “And the good news, once you get it you’re immune.”

Medical experts believe that infection with coronavirus confers some degree of future protection, but they are uncertain how strong and long-lasting the immunity lasts.