Scotland: IndyRef2 would be an 'absolute disaster' says MSP

Just eight percent of the 1,000 people quizzed saw independence as one of the top three most important issues facing Scotland. It suggested opinion is swinging firmly against the Scottish First Minister’s separatist push after more than a year when polls gave independence a narrow lead. Yesterday’s poll, commissioned by the anti-independence Scotland In Union pressure group, was a major boost for the Daily Express’s Unite The Kingdom crusade to keep the UK together.

Scotland in Union chief executive Pamela Nash said the poll showed Ms Sturgeon’s SNP should listen to the people of Scotland and focus on Covid recovery, not division.

She said: “This poll shows that a majority of people in Scotland want to remain part of the UK. This confirms the recent trend in polls, with the successful UK vaccination programme and UK-wide support for jobs and businesses reminding us that we are stronger together.

“The SNP should focus on what really matters to people – Covid recovery, NHS and social care, and jobs.

“Instead it has chosen to use parliamentary time to debate separation, which shows how out of touch the nationalists are.”

Survation conducted the poll between March 9 and 12, with 1,011 respondents aged 16 and over living in Scotland.

Data showed 43 percent wanted to leave the UK, once those who did not have a view either way were excluded. 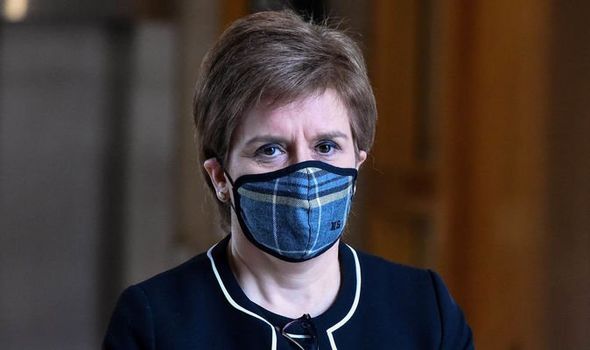 When all options were included, 49 percent backed remain, 35 percent backed leave, 10 percent were undecided, four percent said they would not vote and one percent refused to respond.

Asked to choose up to three of the most important issues facing Scotland, 53 percent selected the Covid-19 recovery, 48 percent the NHS and social care and 46 percent the economy and jobs.

A Scottish Tory spokesman of Scots do independence the most facing said: “More and more people are seeing the benefits of a strong Scotland within a strong United Kingdom. Credit has to go the Unite The Kingdom campaign. It has quickly produced results.

“As we edge nearer to May’s election, the Scottish Conservatives are the only force strong enough to stop the SNP and their obsessive plan to hold a wildcat independence referendum by the end of the year.” 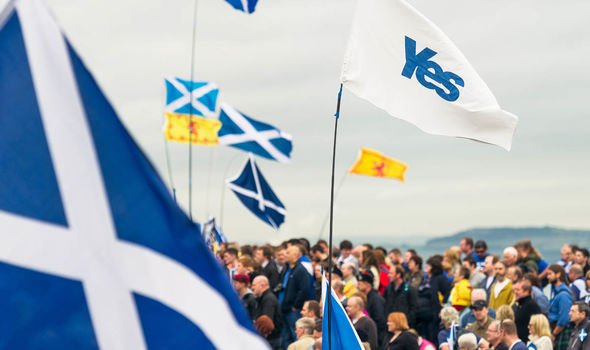 The SNP claimed the poll was “rigged” due to posing the choice between “remain” or “leave” rather than “yes” or “no” to independence.

SNP deputy leader Keith Brown said: “Voters will see right through this desperate attempt to rig the question in a deliberate bid to confuse independence with Brexit.

And Prime Minister Boris Johnson yesterday reiterated his support for strengthening the UK.

He said during Prime Minister’s Questions: “It is hard to know what motivates our friends in the Scottish National Party but I think that they are mistaken in their approach.