Boris Johnson will announce £9.7bn of foreign investment – creating at least 30,000 jobs around the UK – as he welcomes almost 200 business leaders to a London summit.

Microsoft co-founder Bill Gates will be among the attendees at the Global Investment Summit being held at the capital’s Science Museum.

The summit, which is being supported by the Queen, is being hailed by the government as a chance to look at the role of the private sector in reducing carbon emissions.

Ministers also hope to use the event, which comes two weeks before the COP26 climate change summit in Glasgow, as a means of highlighting investment opportunities in the UK in sustainable industries. 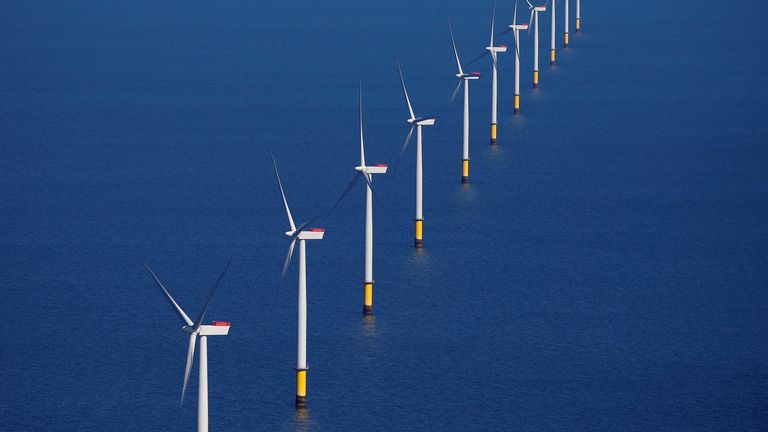 The prime minister will open the summit on Tuesday alongside International Trade Secretary Anne-Marie Trevelyan.

And he will also take part in a panel discussion with Mr Gates on global efforts to transition from fossil fuels to renewable energy, as well as the role of businesses on climate change.

The £9.7bn of foreign investment being announced by Mr Johnson is a package of 18 deals ranging from wind and hydrogen energy, to carbon capture and storage.

Some £6bn of the foreign investment relates to Spanish energy firm Iberdrola confirming its intention to invest in offshore wind through ScottishPower’s East Anglia hub.

The East Anglia hub plan was first announced by ScottishPower in 2019.

Ahead of Tuesday’s Global Investment Summit, the prime minister said: “The world’s top investors have seen the massive potential in the UK for growth and innovation in the industries of the future.

“The fantastic £9.7bn of new investment we have secured today will power our economic recovery, creating thousands of jobs and helping to level up across the country.

“This is just the start. We will see new partnerships for green growth forged at today’s Global Investment Summit, as we look ahead to COP26 and beyond.”

On Monday night, Mr Gates was among about 20 business leaders who attended a dinner in 10 Downing Street hosted by Mr Johnson and Foreign Secretary Liz Truss.

The prime minister’s official spokesman said it was being catered by Clare Smyth, the first woman chef in the UK to get three Michelin stars, with a menu “showcasing the best of British produce”.

Canapes of jellied eels, chicken liver parfait, and pumpkin and white truffle gougere were due to be served before a starter of potato and roe.

Venison from the Rhug Estate, near Corwen in Denbighshire, prepared with a 16-year-old Lagavulin whisky was to be followed by a dessert of lemon and pear meringue.

The Queen and other senior royals will host a reception at Windsor for summit delegates on Tuesday, with the prime minister and Chancellor Rishi Sunak also expected to attend.