The Prime Minister has come under renewed pressure as Tory backbenchers prepare to revolt, angry at the impact on civil liberties and the economic damage a second lockdown will cause. It is thought about 15 Conservative MPs could defy the whips and vote against the new controls.

Tory MP Peter Bone tweeted: “Today I will vote against a second national lockdown. The government’s case is based on dubious modelling.

“It seems to me there are lies, damn lies and Covid statistics!!” 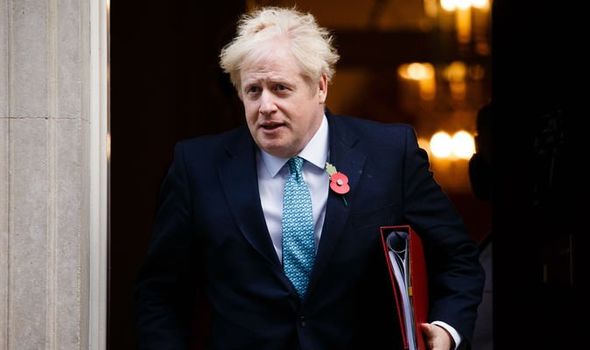 He said: “They simply delay the inevitable – the re-emergence of the virus when lockdown ends, as has been shown.

“Have we over-reacted? Yes, I think we have. A draconian, onerous and invasive set of rules and regulations now govern our very existence.”

And Tory MP Bob Seely accused Mr Johnson’s government of “losing the plot” in the face of the coronavirus crisis.

While Conservative former cabinet minister Esther McVey has revealed she would vote against the four-week lockdown because the “‘lockdown cure’ is causing more harm than COVID”.

Sir Graham Brady, the influential chairman of the 1922 Committee, is also likely to vote against the measures.

He said: “I think it is essential that the government should publish a full impact assessment of its proposed lockdown before MPs are asked to vote on Wednesday.

“We know from experience that lockdowns don’t defeat the virus, they merely defer its spread, and the cost is substantial in terms of jobs destroyed, businesses that will fail, mental health – especially for the young – and other health consequences which mean lockdowns cost lives as well as saving them.”

Despite the rebellion, the Government is expected comfortably to win Wednesday’s Commons vote as Labour prepares to back the new restrictions.

Ahead of the Commons vote, Mr Johnson warned of “fatalities running in the thousands” if no action was taken as cases across the country continued to rise.

At the same time, he sought to offer hope, telling Tuesday’s Cabinet meeting that the R number – the reproduction rate of the virus – was “only just above 1” and the new measures would bring it back below that threshold.

Unlike the last national lockdown in March, schools and colleges will remain open under the new controls, which are due to run to December 2.However, pubs and restaurants will be forced to close, except for takeaways and deliveries, as will gyms, entertainment venues and non-essential shops.

People will be banned from socialising with other households indoors, and only allowed to meet one other person from another household outdoors.

The Government’s chief scientific adviser, Sir Patrick Vallance, giving evidence to the Commons Science and Technology Committee, said the restrictions had to been seen as part of a “package of measures” to get the R rate below one.

He said: ”The danger in trying to pick apart each one, and when you get down to the ones towards a lower level where you might say, ‘Well, this doesn’t make much of an impact on its own’, is that you keep cutting things off and then you end up with a sub-optimal package.”