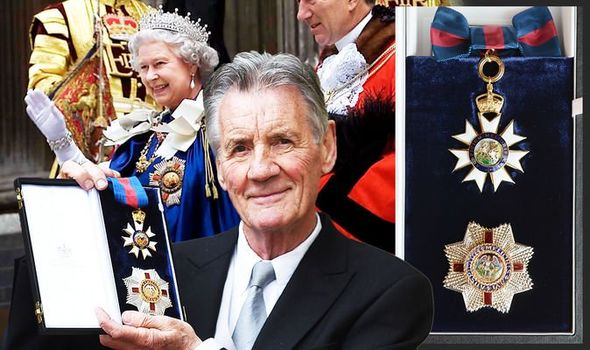 Demands had been made for the insignia on the Order of St Michael and St George to be changed because it shows the Archangel crushing Lucifer under his foot.

Because Lucifer was depicted as dark coloured, critics, including comedian Michael Palin who received the order of knighthood, said it was similar to George Floyd’s killing in the US and now “inappropriate” and “racist”.

But in a written response, the government pointed out that the emblem had been in fact changed in 2011 to remove any suggestion of racism and said recipients of the award before 2011 were entitled to an updated version. 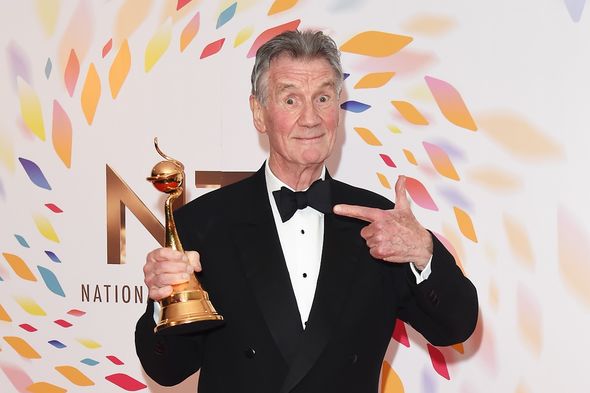 “Matters regarding insignia are for the Committee on the Grant of Honours, Decorations and Medals (also known as the ‘HD Committee’). The independent Officers of the Order of St Michael and St George may advise the Committee in relation to their Order. The Committee then gives advice to the Sovereign.

“In light of the change in 2011, it is the view of Ministers in Her Majesty’s Government that there is no need for any specific review.”

The campaign had followed demands by leftwing activists for statues to be pulled down and has raised concerns that there is an “attempt to rewrite British history”.

The Most Distinguished Order of St Michael and St George was founded in 1818 by the Prince Regent later George IV.

It was originally created to recognise those who held high military commands or civilian responsibilities in the Mediterranean during the Napoleonic Wars.

These days it awarded to men and women who hold high office or who render extraordinary or important non-military service in a foreign country, and can also be conferred for important or loyal service in relation to foreign and Commonwealth affairs.