Home » Politics » Boris Johnson speech: How to watch and what time is Downing Street speech?

Prime Minister Boris Johnson addressed the nation early on Wednesday as MPs began debating the post-Brexit trade deal in the House of Commons. Mr Johnson will address the nation in a coronavirus daily briefing this afternoon. But how can you watch the briefing and what time is the speech happening?

The UK medicine regulator has approved the Oxford/AstraZeneca vaccine for use across the UK.

The first doses of the vaccine are due to be given on Monday amid rising coronavirus cases, predominantly as a result of new Covid variants which are more transmissible than the original virus.

Britain has ordered a total of 100 million doses of the Oxford/AstraZeneca vaccine, which is enough to vaccinate the entire UK population.

Health Secretary Matt Hancock said this is now enough to cover the entire population if taken into account with the full order of the first Pfizer/BioNTech vaccine. 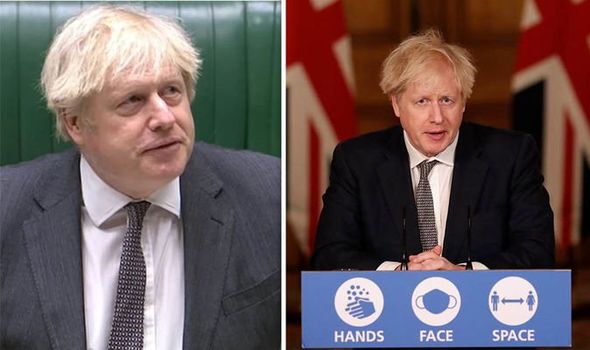 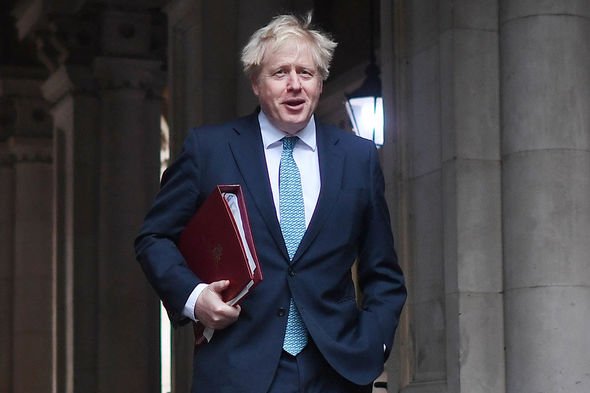 Mr Hancock is expected to address tiers following the review today in the House of Commons later today.

Millions more people in England are expected to be moved into Tier 4 after the results of the fortnightly review take place. 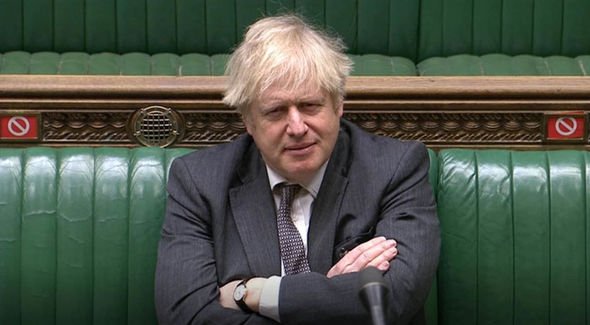 The review comes in the wake of several NHS hospitals revealing they are struggling to cope with the demand on their health services.

On Tuesday, the highest number of single-day positive results was confirmed since the pandemic began at 53,135.

The Government’s data also revealed there are 21,386 patients in hospital of which 1,529 are using ventilators.

Essex declared a major incident earlier today amid fears regarding the number of Covid-19 cases and concerns the rates could overwhelm the county’s health services. 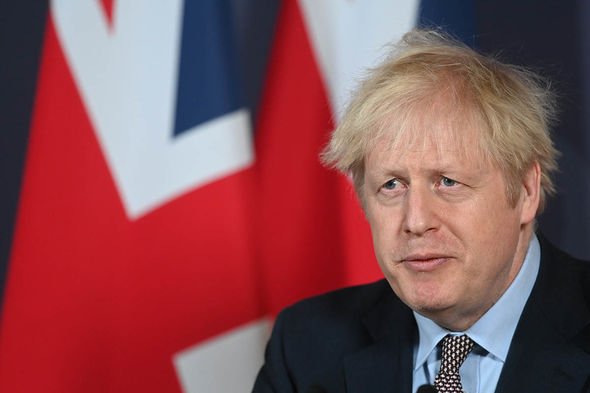 Mr Johnson will address the British public from Downing Street at 5pm on Wednesday.

He will likely be accompanied by other Government medical advisers, but it is as yet unknown who will join him.

The PM addressed MPs from the House of Commons earlier today, opening the Commons debate on the post-Brexit trade deal.

Mr Johnson called the deal the “biggest free trade deal in the world” and urged MPs to vote in favour of the deal. 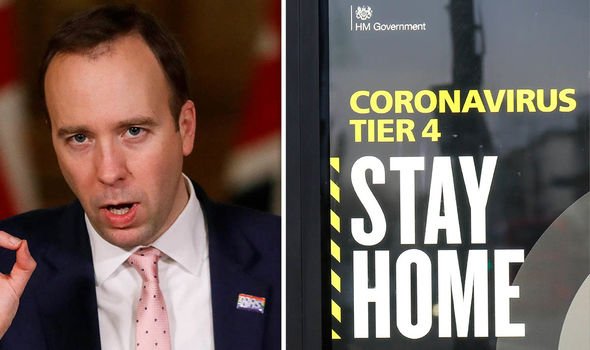 Mr Johnson said: “The central purpose of this bill is to accomplish something which the British people always knew in their hearts could be done, but which we were told was impossible – namely that we could trade and cooperate with our European neighbours on the closest terms of friendship and goodwill, whilst retaining sovereign control of our laws and our national destiny.

“And that unifying thread runs through every clause.

“This bill embodies our vision – shared with our European neighbours – of a new relationship between Britain and the EU as sovereign equals, joined by friendship, commerce, history, interests and values while respecting one another’s freedom of action and recognising that we have nothing to fear if we sometimes choose to do things differently.”

A vote on the post-Brexit bill is expected to take place at 2.30pm GMT after which Mr Hancock and Education Secretary Gavin Williamson are due to speak about the coronavirus pandemic and plans for returning to school respectively.

You can watch the press conference live on BBC, Sky News today and other TV news channels.

If you are unable to watch the conference live, you will be able to catch up on the press briefing on catch-up services on each of the aforementioned platforms.