The prime minister has announced he is “sure” all children can be back in school full-time from September.

Boris Johnson hinted social distancing rules in classrooms could be relaxed to help more pupils return faster, as he told people to “watch this space”.

Asked about calls from some Conservatives to cut the recommended two metre gap to one metre to help more pupils join lessons, he said: “We will be putting in further changes as the science allows.” 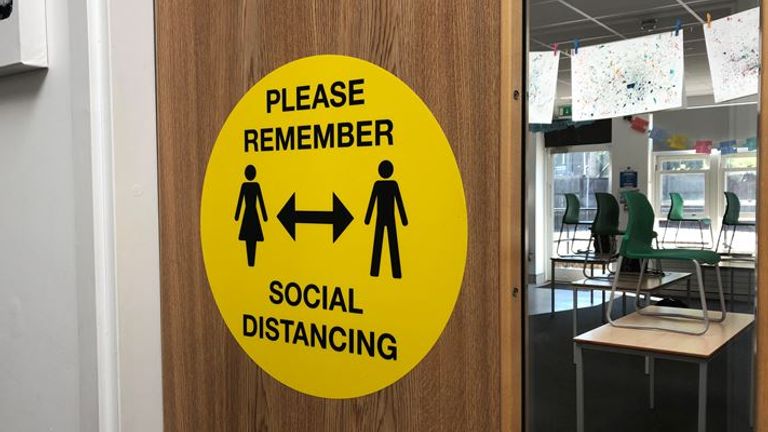 He was also asked if the return to school plan would see kids return full-time from the autumn instead of just going in for some or half days.

Mr Johnson confirmed: “Absolutely… Provided we can make the classroom safe, and I think we can, I want every child, every student, every pupil back in September and I’m sure we can get it done. 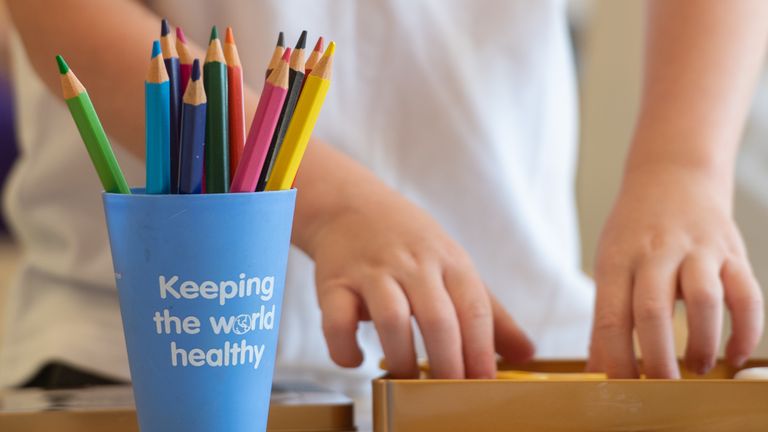 “I’m making no bones about it – I think that’s the right way forward for our country.”

Hours after the UK’s coronavirus alert level was lowered, the prime minister said on a visit to a school in Hertfordshire: “We have to start thinking of a world in which we are less apprehensive about this disease.

“Yes it has been a horrible shock for the country and for the world, and I think the British people have worked incredibly hard to drive it down…

“I hope, as we go forward into the autumn, people will be much, much more confident.” 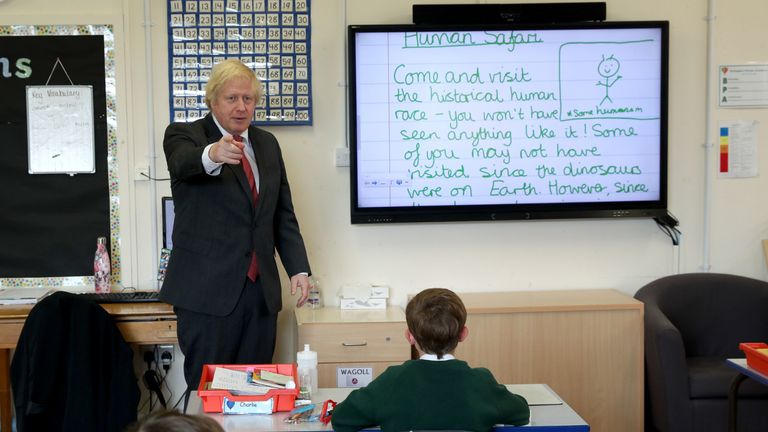 The levels of COVID-19 across the country are “really diminishing amongst us all”, he added.

Concerns about emergency measures having to be strengthened again were also dismissed by Mr Johnson, when asked about the threat of a second peak.

He said the government would use its test and trace programme to “take the preventative measures necessary on the spot, rather than going back to the national lockdown approach”.

Schools in England have been reopening further to pupils from 1 June, although some did not meet the deadline over safety fears for children and staff.

Mr Johnson sought to convince parents it is safe for teaching to continue, telling them on Friday: “Schools are safe to come back to – early years, reception, year one, year six in primary, year 10 and 12 in secondary – now is the time to come back.”

It comes after news a £1bn catch-up programme for children who have missed out on months of education has been announced by Downing Street.