Boris Johnson’s wife Carrie and their one-year-old son Wilfred have been pictured playing on the beach with the US first lady.

Mrs Johnson and Dr Jill Biden dipped their feet in the sea in Cornwall, where they also joined their husbands for a walkabout on the eve of a G7 summit.

The Johnsons walked hand in hand for their first major engagement as a married pair during a day when the prime minister met President Biden face-to-face for talks for the first time since the US election.

Mr Johnson said he would not disagree with Mr Biden on his suggestion they both “married way above” their stations after the two couples were seen together outside Carbis Bay Hotel in Carbis Bay, near St Ives. At a spot overlooking the beach, the two leaders and their wives admired the view, with Mr Biden saying: “It’s gorgeous.

As the two men sat next to each other in the hotel, where the G7 summit will be held, Mr Biden said to reporters: “I told the prime minister we have something in common. We both married way above our stations.” 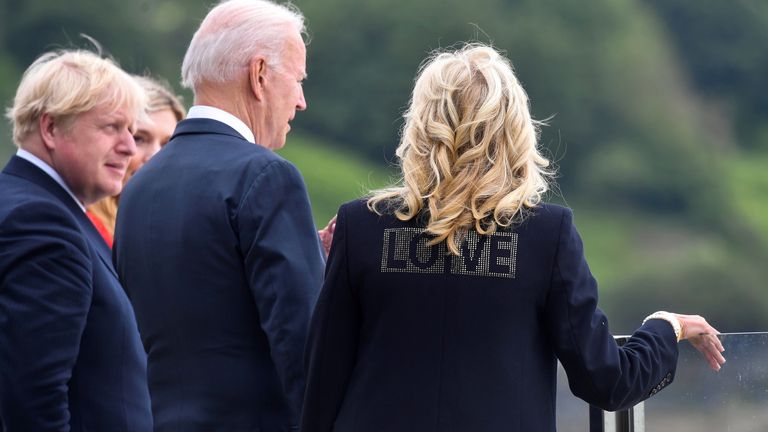 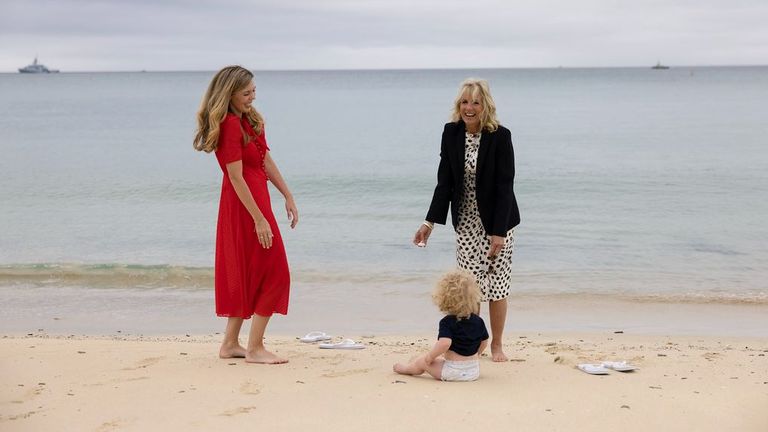 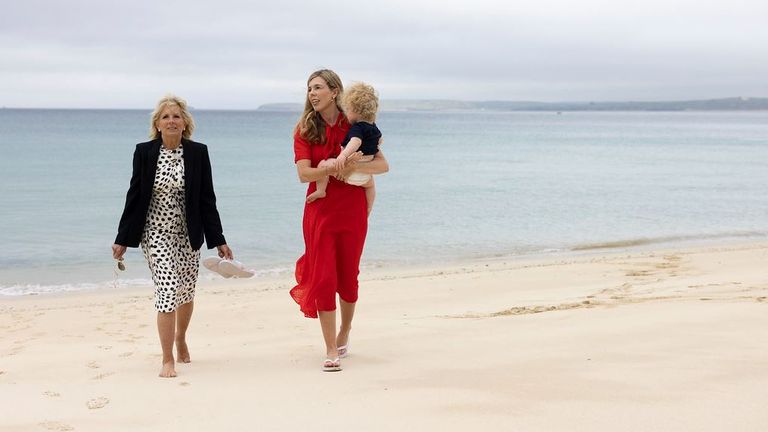 Dr Biden’s black blazer, which carried the word “love” on the back in studs and which she wore over the top of a black and white polka-dot dress, appeared to be by French brand Zadig and Voltaire.

After enjoying afternoon tea with Mrs Johnson, Dr Biden spoke to reporters, saying: “It’s really nice to be here in Cornwall. It’s my first time. Obviously it’s beautiful for those of you who have been here before.” 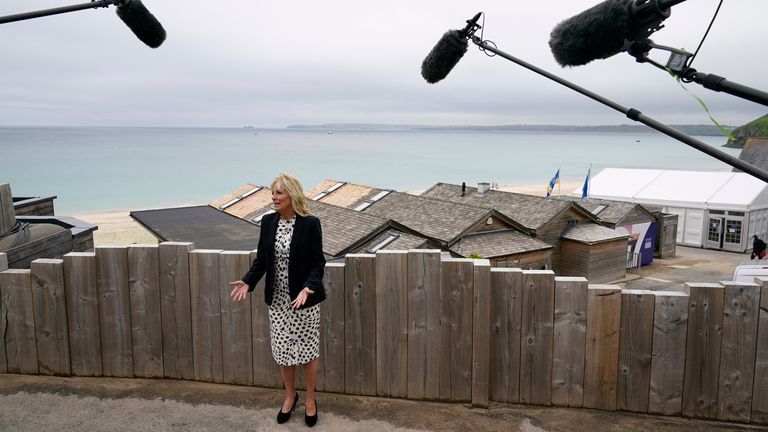 She said both she and her husband were looking forward to their meeting with the Queen during their visit, and that they hoped to talk to the royals about education.

Dr Biden added: “Joe and I are both looking forward to meeting the Queen. That’s an exciting part of the visit for us. We’ve looked forward to this for weeks and now it’s finally here. It’s a beautiful beginning.”