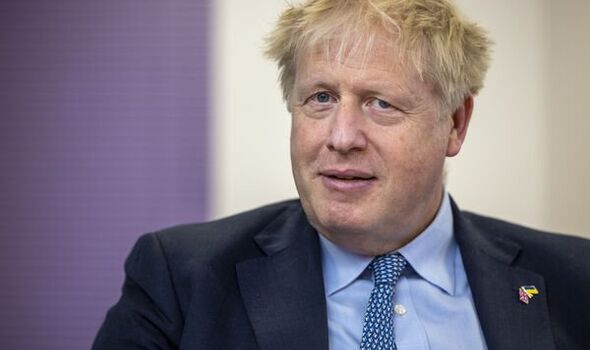 The Prime Minister wants to revive the use of imperial measurements as part of a bonfire of hated EU regulations.

He is expected to make the announcement later this week to coincide with Her Majesty’s 70th Anniversary.

Downing Street hopes the move could shore up support in Leave-voting areas after Conservative polling took a hit amid revelations about lockdown-busting parties at No 10.

The EU weights and measures directive came into force in 2000, with traders legally required to use metric units for sale-by-weight or the measure of fresh produce.

It remains legal to price goods in pounds and ounces but they have to be displayed alongside the price in grammes and kilogrammes.

There won’t be a move away from metric units but a consultation will look at where it makes sense to incorporate or switch to imperial measurements such as feet and yards, and pints and gallons.

Traders are likely to be free to choose which they use.

The move also means pint glasses will be adorned with a Crown for the first time in nearly 20 years.

From Friday, pubs will be able to sell pints in glasses bearing the symbol for the first time since the 2004 EU Measuring Instruments Directive required the use of the EU-wide ‘CE mark’ to demonstrate conformity with EU rules.

It is part of a wider effort in Whitehall to review what EU regulations remain on the UK’s statute books after Brexit.

The Department for Business, Energy and Industrial Strategy is understood to be coordinating the consultation.

Before a looser interpretation of the EU’s directive was introduced, some shop owners were prosecuted for failing to adhere to the Brussels stipulations, becoming known in the press as the “metric martyrs”.

The UK currently uses a mix of imperial and metric, with speed limits in miles per hour rather than kilometres, and milk and beer bought in pints.

Food packaging in supermarkets is mainly labelled in grammes, while most soft drinks and other liquids on shop shelves are sold in litres.

Northern Ireland Secretary Brandon Lewis said voters and businesses are “pleased” that the UK Government is set to open the door to greater use of imperial weights and measures.

He said that while the policy was “light-hearted” and a “smaller” freedom provided by Brexit, there were people who “want to go back” to using imperial weights, such as pounds and ounces, and measures such as yards and miles.

He told Sky News’s Sophy Ridge On Sunday programme: “This gives people and businesses the freedom.”

“There are sectors out there – I know people out there in my constituency, the market traders and vegetable traders as well as some of the pubs – which will be pleased to be able to go back to those imperial measurements.”

“We’re just saying you now have a choice, and now we’ve left the EU we can do that.”

Brexit Opportunities Minister Jacob Rees-Mogg hailed the move to reintroduce the Crown – which first appeared in 1699 during the reign of William III – as “a very fitting symbol of how the Queen’s realm is being returned to her people now that they have been freed from the bureaucratic Suzerain of Brussels”.