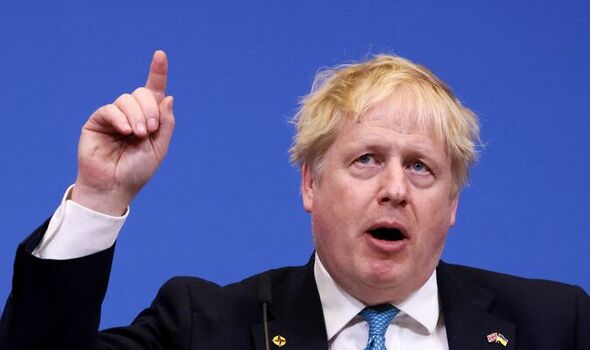 They say the government’s “war on cancer” needs to translate into “world-class cancer care for all the country”. It comes as former health minister Steve Brine prepares to call for improved screening for breast cancer this week with legislation to ensure that people do not miss out on early diagnosis and potentially life-saving interventions. Breast Cancer Now warns that 8,930 women in England could be “living with undetected breast cancer as a result of the pandemic”.

The letter, which will be delivered to 10 Downing Street next week (Tuesday 29th March) and which is signed by cross party politicians, calls on the Prime Minister to address the backlog and lengthy waiting times that it states are “translating into cancer inequality across the country”.

It follows government figures which show waiting times for cancer care in England are the longest on record, forcing tens of thousands of patients every month to wait longer than they should to see a specialist for treatment.

Oncologist Pat Price, co-founder of the #CatchUpWithCancer campaign and Chair of Radiotherapy UK said: “There is an undeniable crisis in cancer care at the moment and it is a nightmare for patients and staff alike. This situation has been allowed to escalate and it will keep on doing so unless we see radical action.

“We need the Government to outline how investment will boost frontline cancer services. Particularly high tech solutions like radiotherapy which are so often overlooked.

“Otherwise, any new cancer plan won’t be worth the paper it is written on and patients will die needlessly. We urgently need the Prime Minister to intervene and defuse this cancer backlog time bomb before it is too late.”

Tim Farron MP, chair of the All-Party Parliamentary Group for Radiotherapy and one of the signatories said: “The cancer backlog is still not solved and if things continue as they are, we are looking at a second health disaster. The Government say they will deliver a new cancer plan, but words alone are not enough. Cancer services, like radiotherapy, should be deployed at the heart of efforts to tackle the cancer backlog.

“But they’ve had no additional funding and the workforce is on its knees. If this is the plan then we need a new one.”

“It is hugely disappointing this crisis is rumbling on and not enough is being done to tackle it. The Government must act to prevent further unnecessary deaths.”

He was he was concerned that during the pandemic people were “literally frightened people away from the NHS” and wants a far more targeted approach to inviting people in higher-risk categories to come forward for screening. The Winchester MP fears there could be a “ticking time bomb of undiagnosed breast cancer in women and men”.

Baroness Delyth Morgan, chief executive of Breast Cancer Now, said: “That 930,000 fewer women in England were screened for breast cancer between April 2020-March 2021, compared to the previous year is an alarming reminder of the devastating and continued impacts of the pandemic on breast cancer care and diagnosis. Screening uptake has hit its lowest point in history, with less than 62 percent of women invited being screened, despite NHS staff working tirelessly, in the toughest of circumstances, to restart and continue breast screening services.

“Tragically, research suggests that up to an additional 680 women could die from breast cancer in the next decade due to impacts of the pandemic on screening.”