The Tory MP used an op-ed published this weekend to “set the record straight on the debate around food standards” following concerns the UK could be flooded with imports of unsafe products under new trade deals.
US President Donald Trump hailed Brexit as a “beautiful thing” for the people of Britain and said he wanted to strike a hefty trade pact with London.

His assertion led to widespread fears chlorine-rinsed chicken and hormone-injected beef – both permitted on the US market – could soon land on supermarket shelves across Britain.
US ambassador to the UK Woody Johnson defended the controversial food treatments and urged the British to embrace American farming methods.
Mr Hands said it was “simply wrong” to suggest the UK’s high food standards would be undermined in deals it signs with countries after the Brexit transition period has ended.

Writing in the Bucks Free Press, he said: “The fact is, every single standard that applies today will continue to apply. 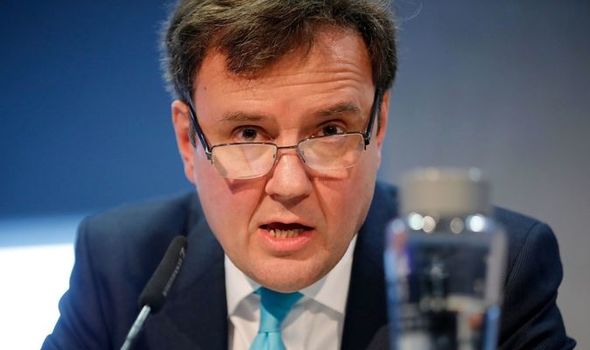 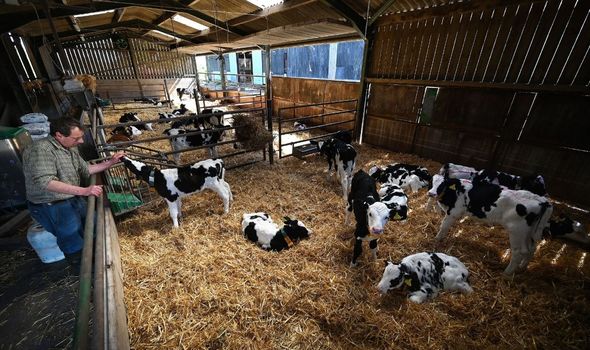 “No one, literally no one, is proposing any diminution of these standards.

“For example, the very same ban we have on hormone treated beef and chlorine washed chicken today, remains 100 per cent in place.

“These protections are enshrined in British law, as they transfer from EU law to the UK statute book under the Withdrawal Agreement.”

He also sought to reassure worried farmers that they would not be “sold out” for any trade agreements. 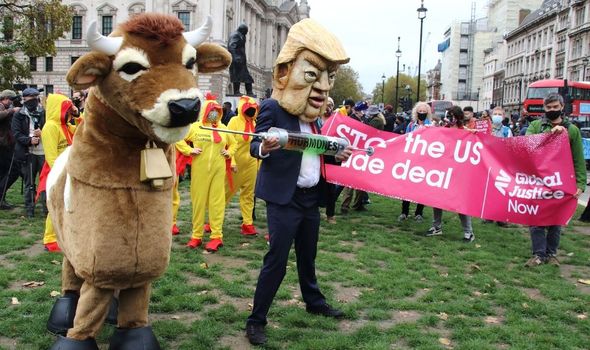 The Buckingham MP’s intervention comes after it emerged British farmers will face increased consequences for pollution after December 31.

Under the UK’s new post-Brexit agricultural scheme, farmers will be stripped of subsidies if they are found to cause pollution to the environment.

After the transition period farm subsidies will be managed under the Environmental Land Management scheme (ELMs).

This will give farmers incentives to stop polluting rivers, land and air. 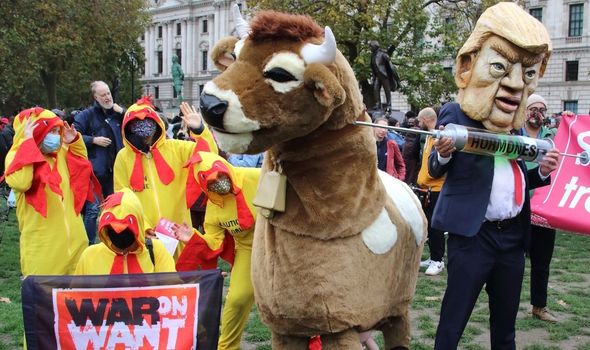 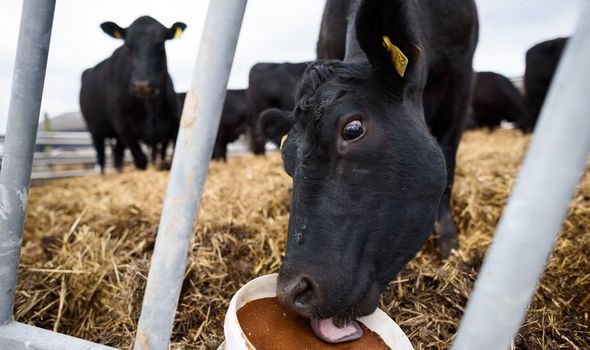 The scheme will be ushered in to replace the EU’s Common Agricultural Policy (CAP).

Emma Howard Boyd, chair of the Environmental Agency, said farmers who cause unnecessary damage to nature should not be entitled to the same financial help as those who are kinder to the environment.

She told The Times: “If you are being paid for your services as a farmer you have to have the right impact on the environment.

“We shouldn’t be paying out money to a farmer who is not delivering baseline environmental outcomes and protection.”

As trade talks continued throughout the weekend, Ireland’s deputy prime minister on Sunday predicted a deal would be struck.

Tanaiste Leo Varadkar said: “It’s by no means guaranteed but I think on the balance of probabilities it will be possible to agree a free-trade agreement with the UK which means there will be no quotas and no tariffs.”

Meanwhile Northern Ireland Secretary Brandon Lewis has played down suggestions that relations with the United States could be damaged if Joe Biden is elected president because of concerns over the impact of Brexit.

Democratic nominee and former vice-president Mr Biden has warned he will not sign a free trade agreement with the UK if the Good Friday Agreement is in any way undermined by the decision to leave the EU. 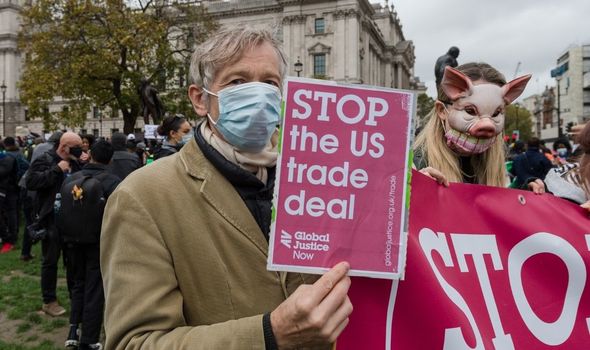 Mr Lewis however insisted Britain would continue to work closely with the US, whoever won the election, and said the UK Internal Market Bill was designed to protect the peace process in Northern Ireland.

He told the BBC One’s Andrew Marr Show: “We absolutely protect and abide by the Good Friday Agreement. It is absolutely key.

“We have always worked very closely with whoever is the president of the USA.”