Nile Gardiner, a former aide to Margaret Thatcher, has revealed a wave of American businessmen coming to the United Kingdom despite the liberal media “hissing” at Brexit. Writing in the Telegraph, Mr Gardiner said: “The East and West Coast elites sneer at British sovereignty, worship Brussels and cheer the imminent departure of their hated transatlantic nemesis, Boris Johnson.” But, he added: “Despite their mocking tone, however, there is a growing exodus of wealthy elites from big Democrat-run US states, particularly from California, with many executives now ironically relocating to Brexit Britain. As much as US elites like to hiss at Brexit, Global Britain, free of the shackles of the EU, is an increasingly attractive place to do business for Americans, especially in comparison to Left-wing California, frequently derided today as a socialist basket case by US conservatives.” Adam Mosseri, head of Instagram, is amongst the people abandoning the US for Brexit Britain, as is former deputy Prime Minister and ardent Remainer Nick Clegg, who relocated to Silicon Valley for social media giant Meta in 2018. 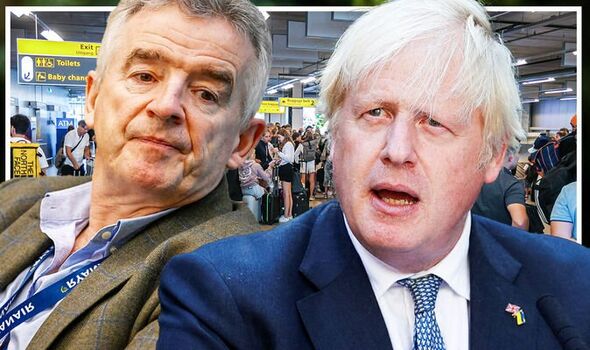 Dublin-based eurosceptic Anthony Coughlan has suggested Leo Varadkar pulled the plug on talks that could have resolved the Brexit wrangle over the Irish border, shortly after becoming Taoiseach.

He said: “Leo Varadkar is the person primarily responsible for the problems associated with the Northern Ireland Protocol.

“When Mr Varadkar became Taoiseach in 2017 he ordered the promising contacts between the Irish and British Revenue authorities, initiated by his predecessor Enda Kenny, to cease.

“He did this in order to facilitate the EU’s desire to use the Irish border issue as a means to keep the whole of the UK in the EU single market and customs union.

“This was at a time when Theresa May and her advisers were willing to play along with that objective once she had lost her House of Commons majority in the 2017 UK general election.”

Truss takes jibe at Macron in front of live audience

Liz Truss has taken a jibe at Emmanuel Macron for his lack of cooperation over illegal English Channel Crossings.

GB News audience member Philip said: “We’ve got the French who are being completely uncooperative with this.”

Ms Truss sparked laughter with the GB news audience when she replied: “You don’t say!”

Good morning from London. I’m Tara Fair, I’ll be bringing you all the latest developments on Brexit. Please feel free to get in touch with me as I work if you have a story or tips to share! Your thoughts are always welcome.